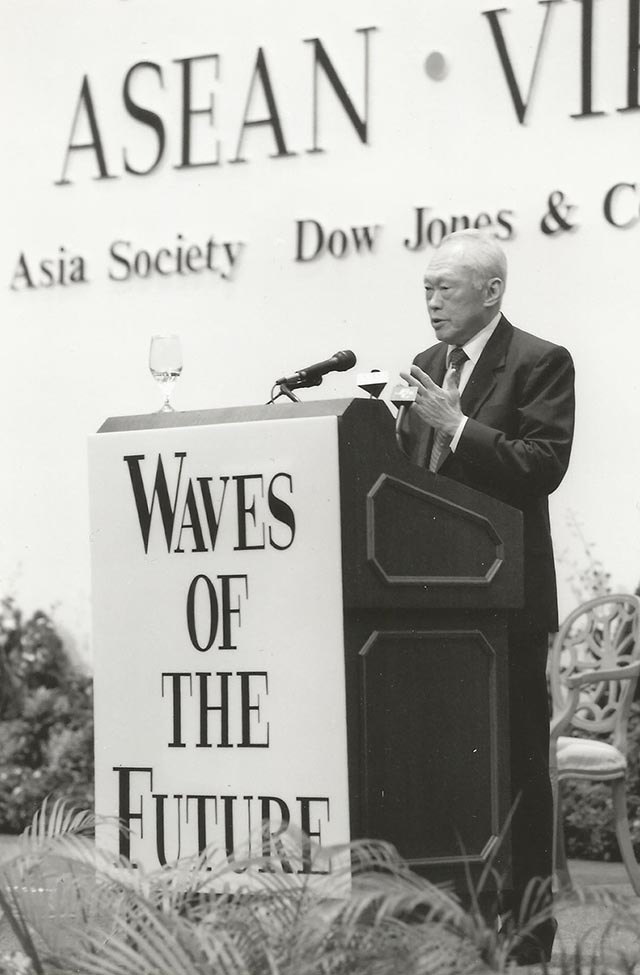 In 1959, Lee Kuan Yew became Singapore's first prime minister and governed for more than three decades as the small country developed to become one of the "Asian Tigers." Though he remains a somewhat controversial figure, he's still widely regarded as the founding father of Singapore. In this 1994 photo, Lee speaks at a corporate conference in Singapore co-hosted by Asia Society entitled "Waves of the Future — ASEAN, Vietnam, and China: Opportunities for World Business."