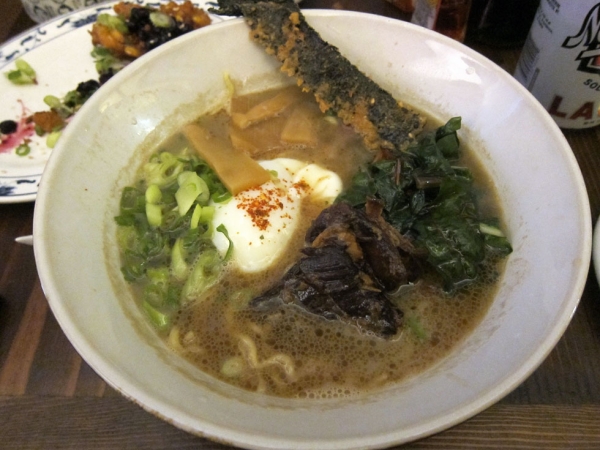 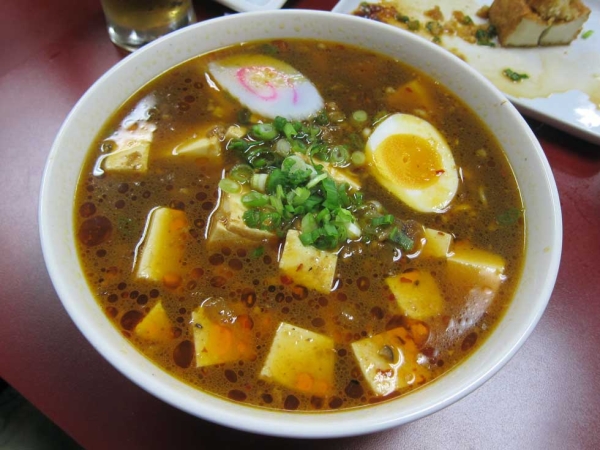 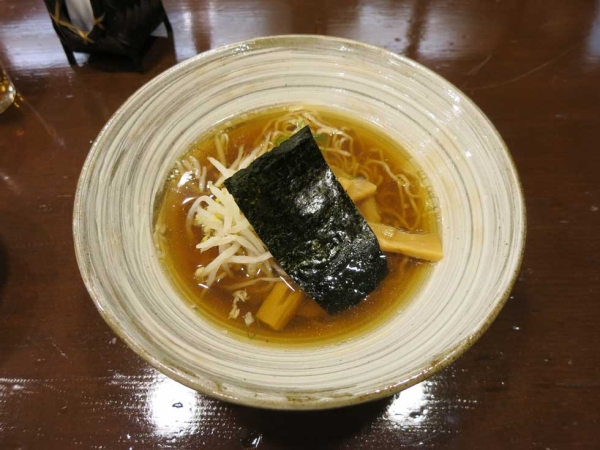 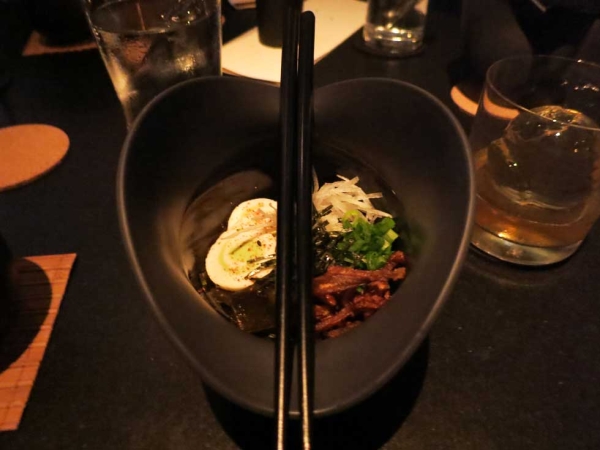 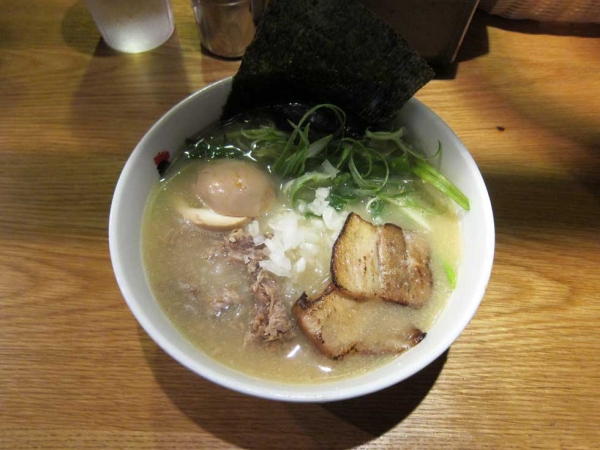 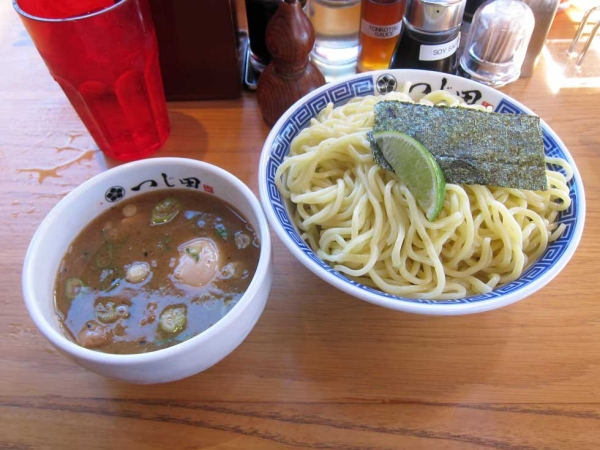 In Japan, ramen is one of those foods — like southern BBQ in the U.S., with its saucy secrets, legends and myths — that has a tendency to attract outsized passion. The flames, the steam, the guys who have dedicated their lives to perfecting a single bowl: in a nation that obsesses about food, ramen stands in a league of its own.

When I first met Keizo Shimamoto in Tokyo over a steaming bowl of his ramen, I instantly thought there was no better example of ramen fever anywhere, let alone in the English-speaking world.

A consumer of roughly 600 bowls per year, Keizo begins his daily routine at the gym, burning off the ramen-calories of yesterday before having another educational ramen experience for lunch, and then opening his own shop and making ramen until 2 a.m.

Here was a living embodiment of Joseph Campbell’s immortal advice: "Follow your bliss. Find where it is, and don't be afraid to follow it.” It was my chance to capture that “bliss” on film, and even make it look tasty. All I had to do was follow Keizo around for a day and take a glimpse into his life.

I like to think of Ramen Dreams — my award-winning documentary short which you can watch in its entirety below — as a coming together of three independent, cross-cultural, bliss-followers: Keizo with his ramen, me with my camera and rapper KM$ with his music (KM$ is Keizo’s cousin, and a major force in Tokyo’s underground hiphop scene). Together, we were able to take the bliss that we found in our mixed Japanese-American cultural backgrounds and bring them together to make a short film. If watching Ramen Dreams helps anyone follow their own bliss ... well that would just bliss us out.

Enjoy Ramen Dreams! And now the best ramen in America, courtesy of Keizo. 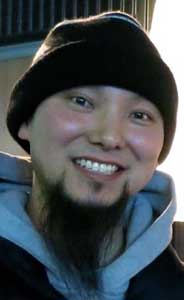 If you know me, then you know ramen rules my life. So when I was asked to compile a list of my top five ramen shops in the United States, then you know that this was no easy task. In the past six years I've probably slurped more bowls of ramen than any other American, including "a dream ramen journey" throughout Japan, spanning 21 cities and 55 bowls in 28 days, but there's still very much that I need to learn about this freakish noodle dish. I initially moved to Japan to study how to make ramen because there wasn't much I could consider "quality ramen" stateside — but with the "ramen boom" finally crossing the Pacific, there are several shops that deserve recognition.

So here goes. In no particular order, being that I've split my time between New York and Los Angeles for the past year (when not in Tokyo), these are the top five ramen shops that I can't do without.

When it comes to authenticity, meaning which shop mostly resembles a traditional ramen shop in Japan, Totto definitely comes the closest. From their long lines crowding the minimal sidewalk to their cramped counter encouraging an elbow-to-elbow slurp, Totto brings Tokyo to New York in true ramen fashion. Specializing in a "tori paitan" broth, which just means boiling-the-dickens-out-of-chickens, Totto's ramen is a welcome change from the more dominant tonkotsu (pork broth) ramen that has recently taken America by storm.

Ramen is a food without boundaries — meaning as long as it contains noodles and soup and tastes good, do whatever you want! Dassara is the perfect example of a shop that uses this so-called "spirit of ramen" mentality. Their specialty, a ramen stock made with lamb, definitely pushes the boundaries of what "American" ramen should be about. And it tastes f**king good!

Tsukemen. What is tsukemen? If you don't know, then Tsujita LA will get you acquainted with it faster than you can "go Hollywood!" "Tsuke" means touch, and with "men" meaning noodles, tsukemen is basically noodles that you touch with soup. Separated at ramen birth, a fattier noodle is traditionally dipped into a thick soup broth that sticks with flavor. The soup is a key player, but with tsukemen the noodles always take the lead. (Sun Noodle, to be exact.)

My neighborhood ramen shop. Everyone needs one of these. I might be biased because I spent a whole month slurping every ramen on the menu (31!), but this place is legit. Though it's stuck in the unlikeliest of locations for any restaurant, hundreds still flock here daily to experience ramen heaven. Best ramen shop in L.A.? You can determine that on your own, but this is directly where I head whenever I'm back in my hometown.

A ramen geek who decided to take a chance and open his own shop and share his passion with ramen with whomever had the nerve to slurp. Sound familiar? No this is not a story about me, but it is a reminder that the power of ramen is deep, very deep. Shoki is probably the first ramen shop in America to really bring the passion of ramen to Americans the way the Japanese have been doing for decades. Believe it.

In the most unlikely locations, exquisite ramen appears in minimal fashion, with the utmost respect for its surrounding gastronomical libations — molecular ramen, to be exact. A non-ramen shop that does ramen has been the craze in Tokyo lately, and The Aviary represents this craze in America the best. Price should not be a factor when admiring these mini-bowls up close. Just drink, slurp, and get drunk. And enjoy the ramen hangover.

Michael McAteer is a producer, filmmaker and Japanese media personality. Born and raised in Kyoto, Japan, Michael currently splits his time between Asia and New York engaged in a variety of film and media projects.