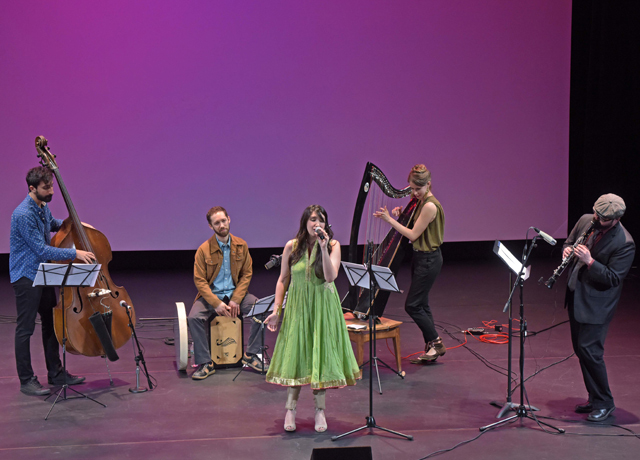 To many international observers, contemporary Pakistan is synonymous with political instability, poverty, and violent extremism — a reputation solidified by a March terror attack in Lahore that resulted in 70 deaths. But to Razi Ahmed, this perception of Pakistan is incomplete.

"In New York and other Western cities, Pakistan's cultural mosaic is collateral damage through viewing the country through a security lens," he told Asia Blog in a recent interview. "Look beyond and there is a country teeming with creativity and cultural entrepreneurship."

It is this version of Pakistan that Ahmed had in mind when, in 2012, he launched the Lahore Literary Festival. Based in a Pakistani city famous for its concentration of writers and intellectuals, the festival has become enormously popular across the country — and is now beginning to make its presence felt overseas, appearing at Asia Society in New York last weekend. The gathering featured musical performances and panel discussions, conducted in both English and Urdu, that covered education, arts, culture, and politics. The last panel, featuring New York Times columnist Roger Cohen, Pakistani journalist and author Ahmed Rashid, and journalist Kati Marton, focused on Pakistan's relationship with the United States, which has been characterized by frequent tension in the 15 years since the September 11 attacks.

Other panels dealt more squarely with developmental challenges. Nearly seven decades since its founding, Pakistan remains a poor country where an estimated 50 percent of the population remains illiterate; nearly 45 percent of Pakistan's children are malnourished. During a panel discussion on Sunday covering education, Syed Babar Ali, a prominent businessman and philanthropist, cautiously referred to these deficiencies: "what is the point of giving laptops to students, who don't have the mind or bodies to use them?"

The other discussions were no less contentious — which, for Ahmed, is precisely the point of the festival.

"Even if thorny questions are asked of celebrated authors or diplomats, it is done so through a civil discourse where ideas triumph over ideologies," he said.

But the festival is more than just an examination of Pakistan's challenges. On Saturday evening, the popular singer Zeb Bangash performed in the opening act of the ceremony, and the Saami Brothers Qawwal concluded the festival with a raucous performance on Sunday night, one causing spectators to rise from their seats. The performance, to Ahmed, is more proof of Pakistan's cultural vibrancy.

"There is a critical mass out there in Karachi, Lahore, Peshawar, Jamshoro, Multan, and other Pakistani cities that is experimenting with music, satire, cinema, visual art, poetry, and literature to counter rigidity and reactionary forces," he said.

The Lahore Literary Festival is one way to distill, focus, and promote this energy. And many have begun to take notice.

"The presence of Lahore Literary Festival in New York is the most effective use of Pakistan's soft power," said Marton.