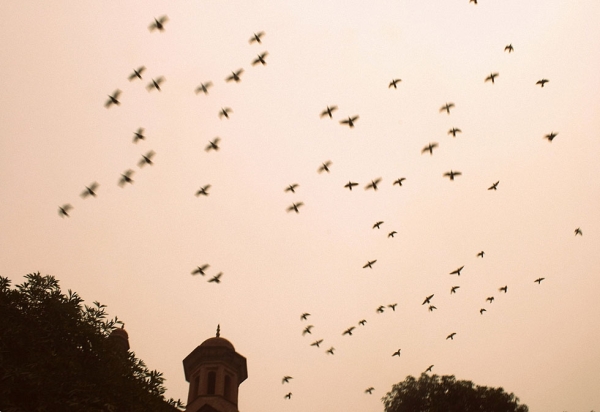 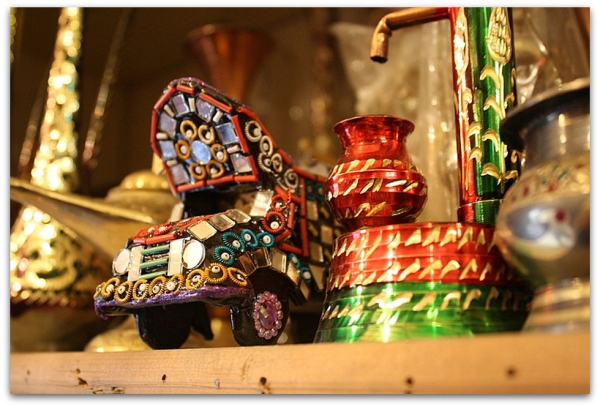 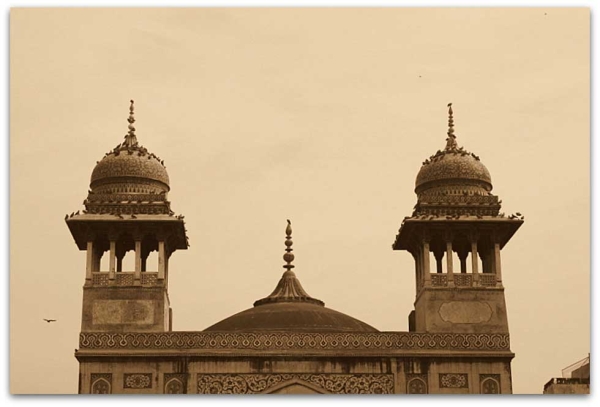 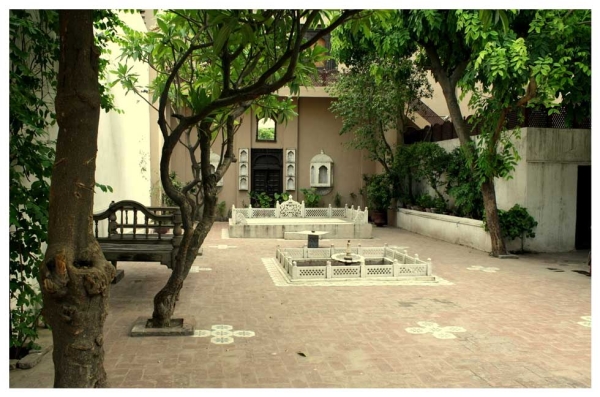 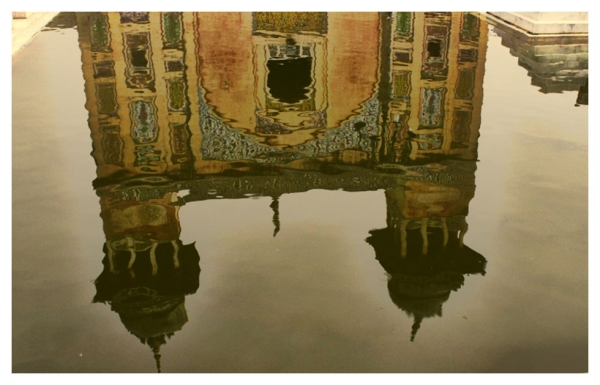 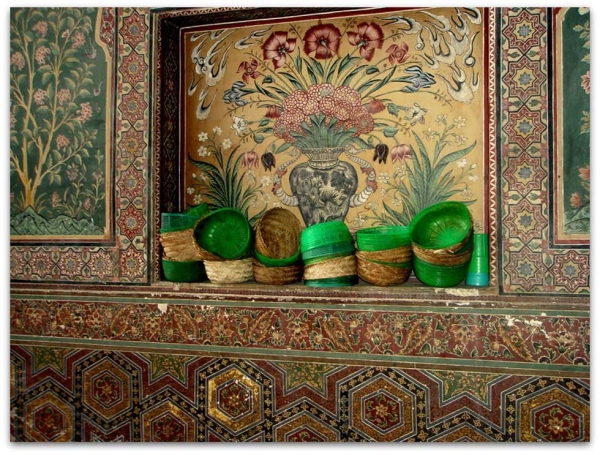 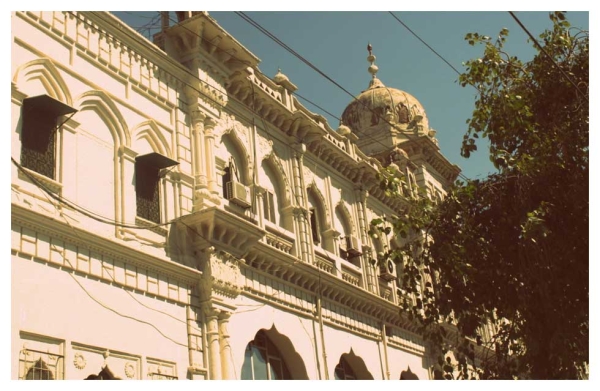 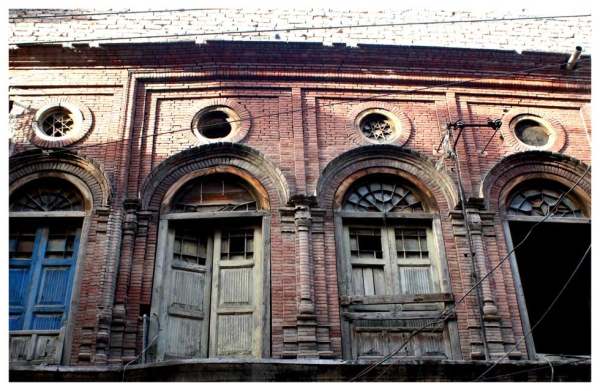 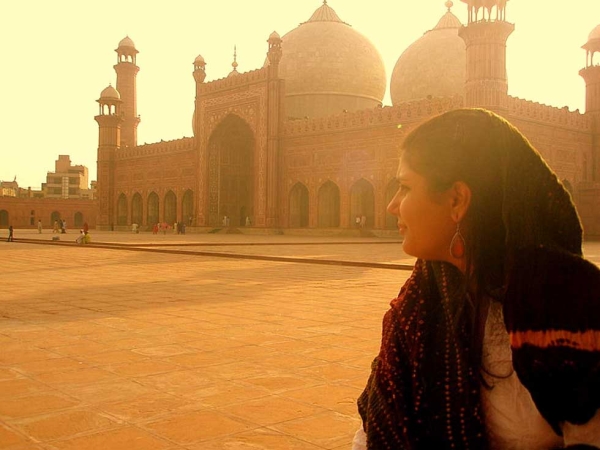 As a Fulbright scholar at Columbia University's Graduate School of Journalism, Pakistani journalist, photographer and sometime Asia Blog contributor Sonya Rehman would wander around New York City with a borrowed camera, clicking pictures of anything that caught her eye. On one such stroll it occurred to her that she had never taken the time to photograph her own city of Lahore, arguably the cultural and intellectual hub of Pakistan, and also home, at various times, to the great Urdu poet Faiz Ahmed Faiz, former cricket legend turned politician Imran Khan, and artist Imran Qureshi, among others.

Upon returning to Lahore, Rehman started taking photographs, thereby discovering and rediscovering facets of the city she had previously given little attention. An off-the-cuff suggestion by a friend to turn her photographs into postcards resulted in From Lahore With Love, an exquisite collection of images that pay homage to her beautiful city: Mughal monuments like the Lahore Fort, the Wazir Khan Mosque, and Jehangir's Tomb; the National College of Arts, the oldest arts institution of higher learning in Lahore, and the Ghulam Rasool Building, both built during the British Raj; and scores of photos portraying everyday street life. Dedicated to "reviving the joy of snail mail," the postcards have proven so popular that Rehman released her fifth series last month and has been featured in local media outlets like CityFM89 radio and the Sunday Daily Times.

Rehman recently communicated with Asia Blog about how even a brief stroll around Lahore can unfold into a delightfully chaotic adventure, and the thrill she still gets from capturing "Lahore's beauty — ravaged, whole and raw, as she is."

Talk to us a bit about why you started this project.

I haven't had the privilege of traveling very often in my life, so when I landed a scholarship to study in New York for my Masters, I never got out of tourist mode in the city. Almost every day, during my 10-month intensive program, I'd be lugging about this massive, professional camera (that I'd continuously borrow from my university's lab) and walk around the city — with or without friends — taking pictures of anything and everything that caught my fancy in the city. It was such a rush — everything was new and different, unique and fascinating — I was in heaven. I couldn't stop taking pictures.

Mind you, prior to New York, I was never big on photography. But it was during grad school, far away from home (in Lahore), during one of my solo photo-walks, that I realized something: why didn't I ever take photos in my own city? A city rich in culture and heritage. So when I came back to Pakistan, still in tourist mode, I started seeing my city in a totally different light.

I'm still in tourist mode, and honestly there's so much to photograph in Lahore. Familiarity breeds monotony, and so one subconsciously takes ones surroundings for granted. But when I came back, I really started "seeing" Lahore, you know? It was weird. In a good way. So for a year, I took many pictures of Lahore during my excursions, during a photo-walk or two with friends, and began uploading my photos onto an album on Facebook. I didn't think much of the contents of the album; just put the photos up for kicks. But in that one year, I received really encouraging comments from scores of friends, family members and acquaintances on my list. And then, one day, a close friend casually said, in passing: "Why don't you make postcards out of your photographs?" I mulled over it for a few weeks, and that's when From Lahore With Love was born, in the summer of 2012.

What do you love most about your city? And what infuriates you the most?

I'm slightly flummoxed. Let's see. I love Lahore's vibe. You would think it's a predictable city, but it's not. There's much to see and experience. Yes, Lahore is known for its food — primarily — but there's a lot of culture and history in Lahore that's just waiting to be unearthed. Stories, too. You meet amazing, interesting, inspiring people. I'm a journalist, so I've been very fortunate to meet and interview some incredible musicians, artists, entrepreneurs, etc. So for me, personally, the city's vibrancy comes from its people and their stories. I've often felt this immense urgency, this feeling of being overwhelmed, that, if I don't interview such-and-such a person, it'll be too late. So I'm constantly on the look-out for intriguing subjects in Lahore, and my postcard photography really helps me in that regard. Being on foot, discovering a part of town, talking to people, interacting with them — I don't do it too often, but I'm pushing myself to keep at it on a regular basis.

Nothing really angers and upsets me about Lahore, other than this feeling of being too lodged in a "comfort zone." Lahore can do that to you. Make you feel too comfortable. Even through the sweltering hot summer and the horrifyingly continuous electricity load-shedding; one winds up feeling too used to routine, too set in one's ways, too stuck in a rut, and finding a sick comfort in the delicious little rut. But to escape that, I always motivate myself to keep looking for stories, sussing out some quirky uniqueness that is exclusive to Lahore and Lahore alone.

If someone had just one day to spend in Lahore, what would you recommend they do? (In other words, what would a Lonely Planet guide not tell me.)

I would recommend they wear a damn good pair of sneakers, and walk through the Old City. Take photos. Talk to people. And walk. Just walk. Take a rickshaw if they have to, and then resume walking. A one day tour in Lahore shouldn't be super-comfortable — it should be adventurous, raw, hot, sweaty, meeting and mingling with people; shopkeepers, street food vendors, trying/sampling different foods and experiencing Lahore in a fun, random manner — minus maps, minus planning. But don't forget water, plenty of water.

What do you hope to achieve through your postcard endeavor?

I'm not a professional photographer; I'm just an amateur photographer born and bred in Lahore — who just loves her city an awful lot. For me, there's love and pain attached to Lahore. And that is all that I hope to evoke in those who buy my postcards. The nostalgia that surrounds this strange little city, this misty longing, a fleeting moment, a passing dream, a memory in the form of a postcard. I want to make people love Lahore again. I want them to respect her again, return to her, admire her, help her re-build herself, support her, and cherish her before she's lost for good. That's all. I'm not interested in snapping that perfect angle, that stellar frame where the light is just right. I aspire to capture and frame Lahore's beauty — ravaged, whole and raw, as she is.