Profile: A Storyteller on a One-Man Mission to Preserve Lahore's Vanishing Legacy 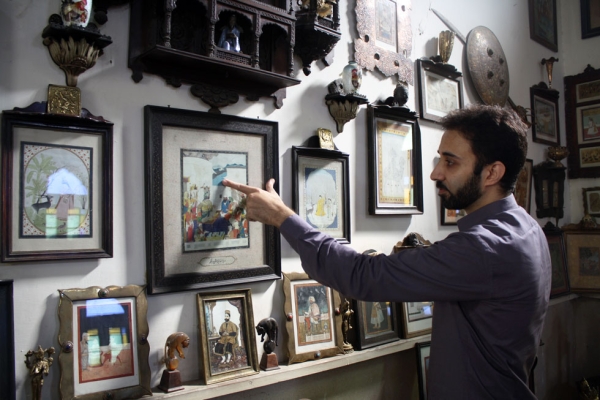 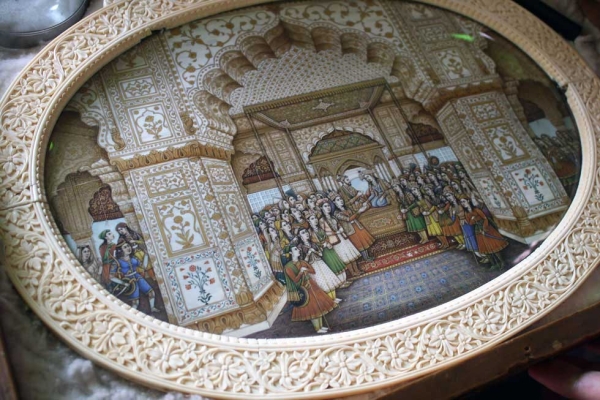 Strolling through the Walled City of Lahore is like a journey through the centuries. Deriving its name from the 13 walls built around the city by Mughal Emperor Akbar in 1585, the historic area is a mesh of traditional houses, labyrinthine alleys, stunning mosques and rich food, rightfully making it one of Pakistan's ancient gems.

Yet, the rapid growth of unplanned construction, illegal shops, and its own population are threatening the monuments of Lahore's oldest neighborhood. As the Old City's landmarks fade, its precious stories are also in danger of vanishing with them.

Farhan Shah is on a quest to preserve these stories.

Shah is the founder of Old Lahore Walkabouts, a company that organizes walking tours of the Old City. He personally leads groups of Lahoris and tourists through the historic area to acquaint them with its many hidden gems and forgotten tales.

"Old Lahore Walkabouts is not just a tourism platform," explains Shah. "It's basically a way of familiarizing people with their own culture and history."

Shah is an impressive storyteller who can boast extensive knowledge of the Walled City and its many legends. His company has hosted various events ranging from talks about the celebrated Koh-i-Noor diamond (whose last home was Lahore before being acquired by the British as part of the crown jewels) to tours through the historic district by tonga (the horse carts that were the official modes of transportation in earlier times).

One of Shah's favorite stories is that of the Sadhu Chor Ka Kuan (The Well of Sadhu the Thief), a decrepit, unassuming well that has a fascinating legend behind it. Sadhu was a petty thief who lived in Lahore during the time of Nawab Zakaria Khan in the 1700s. He had stolen jewels from the Nawab's house to pay back an old man from whom he used to regularly steal pakoras (fritters). Sadhu was caught and ordered to return the jewels or face execution. On the day of the hanging, the old man begged Sadhu to give back the jewels so his life would be spared, but Sadhu refused. Instead, he asked the old man to build wells and temples in his name as a gesture of forgiveness. Sadhu was executed and the old man, keeping true to his promise, constructed temples and wells in Sadhu's honor all over Lahore. All of them have been destroyed — except for the one well that still bears Sadhu's name.

"This story is my favorite because you learn something about Lahore through an ordinary character," says Shah. "Not through the kings, queens, or princes of Lahore but an ordinary mortal like you and me."

"That well is still there, but people don't know its story," he continues. "These are the stories that we have to preserve."

Shah didn't fall into this line of work by chance. His interest in Old Lahore and its narratives sprang from his interaction as a young boy with his family museum, the Fakir Khana Museum, one of South Asia's largest private collections. The 200-year-old museum is a treasure trove of paintings, jewelry, calligraphy, books, sculptures and other pieces ranging from Gandhara Buddhist sculptures to a 15th-century painting of the Hindu god Krishna’s birth to a portrait of a Nawab, created with a single strand of hair, that took 14 years to complete.

As diplomatic emissaries of Maharaja Ranjit Singh, the Fakir brothers received many gifts from the Sikh Emperor and other foreign rulers that subsequently formed the museum's early collection.

"They were like the pillars of Maharaja Ranjit Singh," Shah states.

And yet Shah had never heard of Ranjit Singh before.

"I used to think who is this, I have never heard his name [Ranjit Singh] in history books," he admits. "Our history books don't mention the names of any non-Muslim rulers. They are replete with the names of all the Muslim kings."

Appalled and saddened by this distortion, Shah began writing articles in local publications to acquaint the public with Lahore's non-Muslim rulers and urging that their history be included in school textbooks (government-approved textbooks in Pakistan have either glossed over or completely omitted the history of non-Muslims in the region).

Shah's family has loaned a substantial amount of the Fakir Khana Museum collection to the Lahore Museum in order to share the city's history with the public. He is also exploring a potential collaboration with the Google Cultural Institute to catalogue the museum's items and improve community access.

For Shah, though, the stories are what make the historical artifacts and monuments come to life.

"For me it's like time travel," Shah says. "The philosophy of the people of the Walled City is still the same as it was a few centuries ago. I’m trying to preserve that."