The Iran Nuclear Deal: A 'Monumental Outcome,' With a Long Backstory 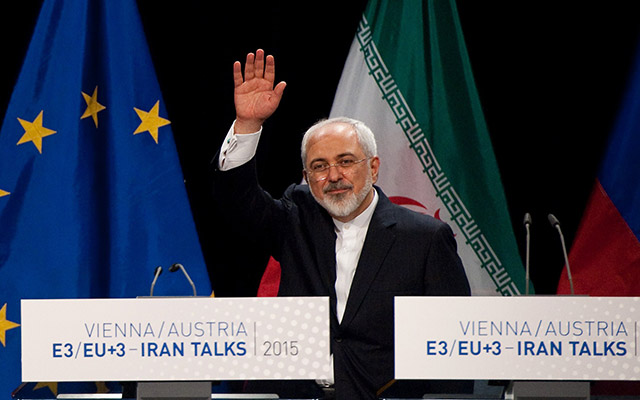 The ink is barely dry on today’s historic Iran nuclear deal and the airwaves are already filled with pundits arguing for and against the agreement — arguments that are not likely to be settled for some time, if ever. But what is clear is that a deal got done — and that, as Asia Society Policy Institute President Kevin Rudd said this morning, represents a “monumental outcome.”

A monumental outcome for the world with Iranian nuclear agreement. We should thank @POTUS, Russia, China, UK, France, EU & Iran for efforts

This outcome, obviously, did not happen overnight. The landmark deal with Iran was the product not only of marathon negotiations between the U.S., Iran, and its European allies — it also had roots in efforts begun nearly two decades ago in the so-called "back channels" of global diplomacy. The Asia Society was involved in some of those efforts, which involved everything from quiet conversation, trips to Tehran, and cultural exchanges — all aimed at building trust between two long-time enemies.

Asia Society will host a special program on the Iran nuclear deal and its ramifications on Wednesday, July 22 at 6 p.m. in New York featuring Kevin Rudd, Karim Sadjadpour and Ambassador Frank G. Wisner. A free webcast of the event will broadcast live at AsiaSociety.org/Live.

"We tried to establish ourselves with the Iranians as a static-free line of communication," said Nicholas Platt, a former U.S. ambassador and president of Asia Society from 1992 to 2004. Those efforts, he said, began in the late 1990s. "We didn't have any agenda,” Platt said. "We weren't pushing any particular policy. We just wanted to open a link."

Platt and future Asia Society President Vishakha Desai traveled together to Iran in 1999 to discuss collaborations in cultural ‎programming. Over the next decade, the Society worked with former U.S. diplomats to discuss the more difficult political questions, and ultimately help devise a pathway to negotiations on the nuclear question.

The efforts of the Asia Society and other organizations gained momentum in 2013 after the conclusion of hard-line President Mahmoud Ahmadinejad's second term, and the election of Hassan Rouhani. That fall, Rouhani dispatched his foreign minister, Javad Zarif, to negotiate with U.S. Secretary of State John Kerry, the first such face-to-face high-level talks between the two countries in nearly four decades.

In September 2013 Rouhani and Zarif came to New York and spoke at an event hosted by the Asia Society and moderated by the Society's new president‎ Josette Sheeran. That day Rouhani told Sheeran his government was committed to resolve the nuclear impasse “the sooner the better.”

At the close of the program, Zarif arrived from his groundbreaking talks with Secretary Kerry, and joined his president on the stage to discuss what he called the “good and substantive” meeting he just had with P5+1 foreign ministers.

Zarif said then that the ministers had “agreed to jumpstart the process, so we could move forward with a view to agreeing first on the parameters of the endgame” of negotiations. “I thought I was too ambitious, bordering on naiveté,” he said, “but some of my colleagues want to do it faster.”

Nearly two years later, not in the U.S. or Asia, but in the old European capital of Vienna, Zarif and Kerry have concluded the deal. As for the Asia Society, just as Ambassador Platt said, we have no agenda, other than to help to build bridges, and educate the public.

To that end, the Society will host a special program on the deal and its ramifications, on Wednesday, July 22, at 6 p.m. in New York, featuring Kevin Rudd, Karim Sadjadpour, senior associate at the Carnegie Endowment for International Peace, and Ambassador Frank G. Wisner, international affairs advisor at Squire Patton Boggs. A free webcast of the event will broadcast live at AsiaSociety.org/Live.