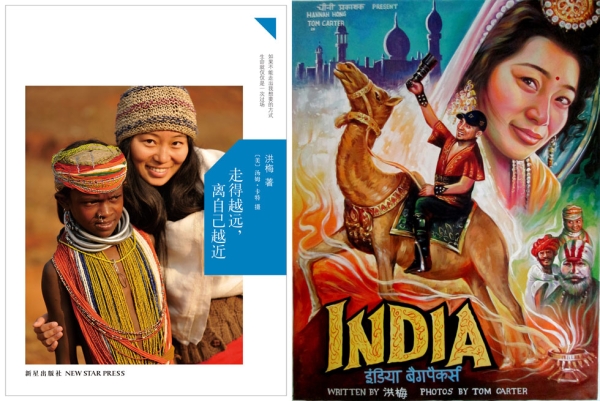 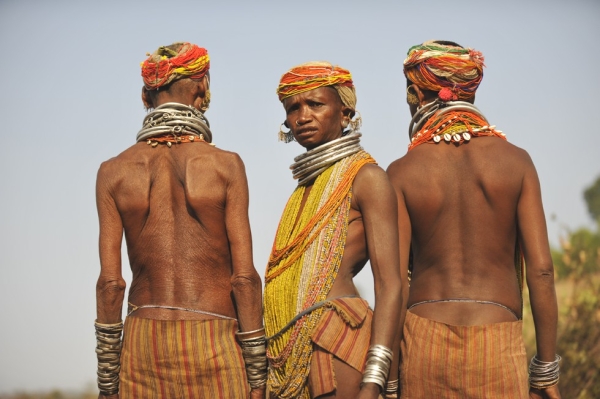 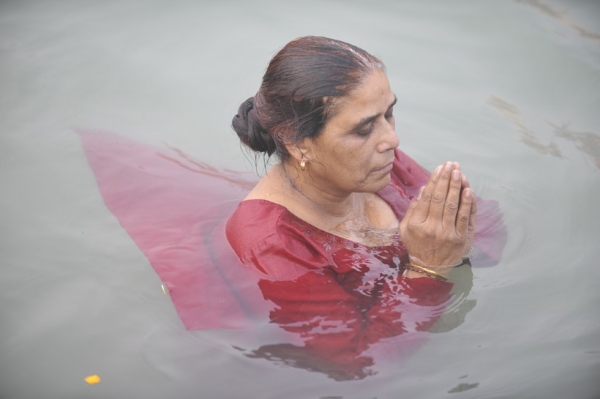 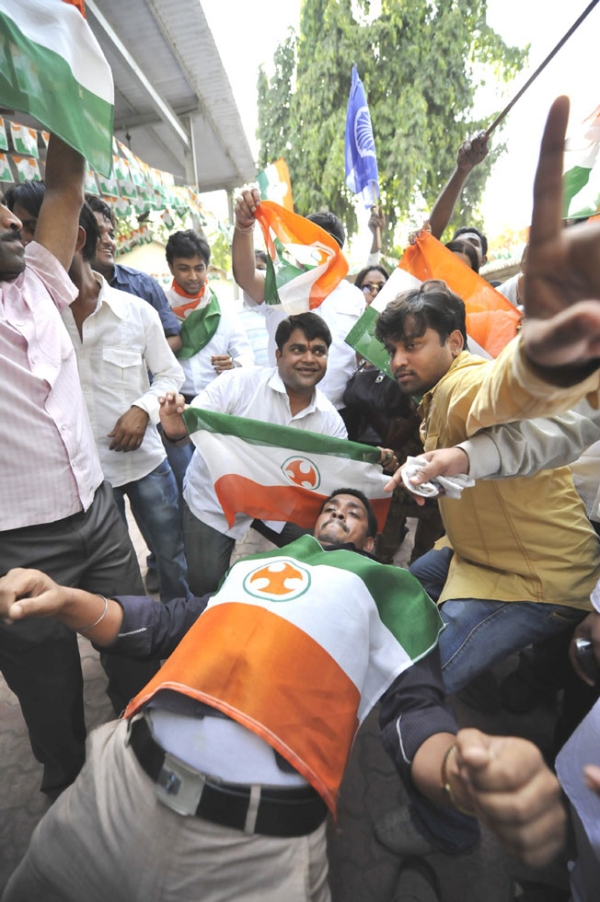 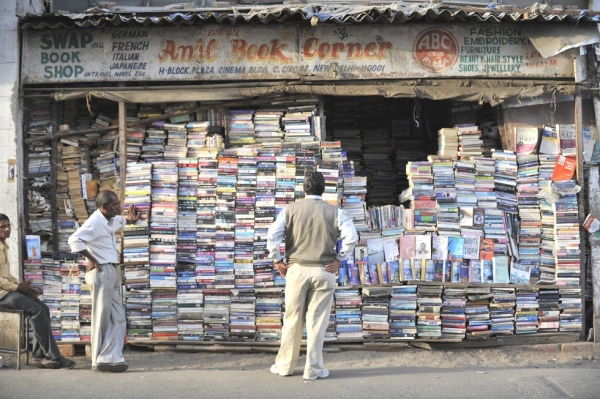 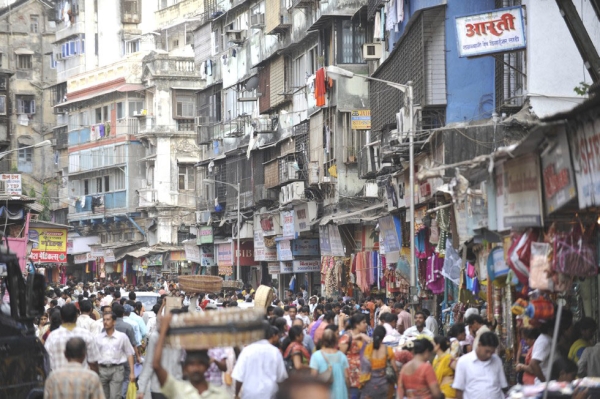 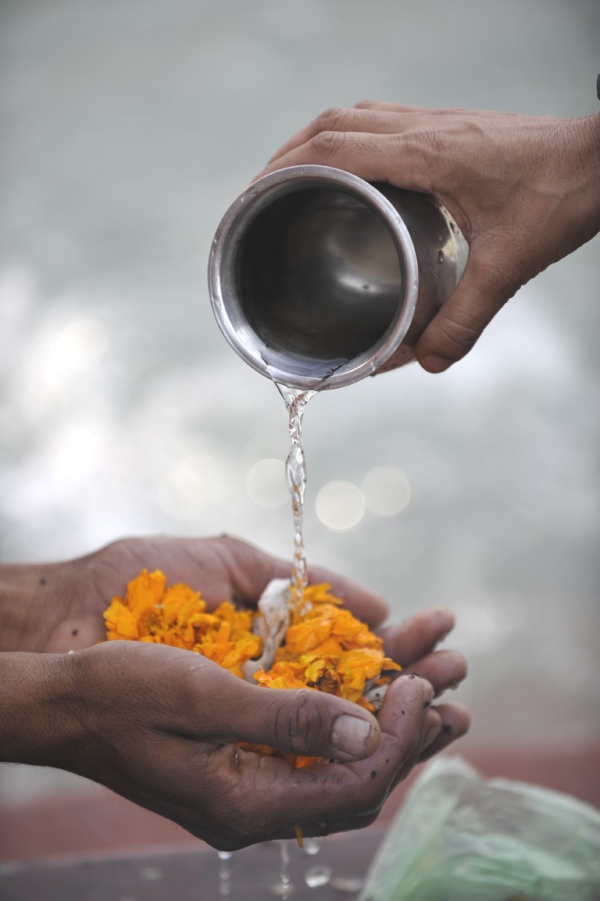 Hong Mei's debut travelogue, The Farther I Walk, The Closer I Get To Me (走得越远,离自己越近, New Star Press, Beijing, 2014), takes readers on a meditative backpacking odyssey across the length and breadth of the Indian subcontinent over the course of a year. Hong is believed to be the first Chinese woman on record to have accomplished this feat, for which Asian Age has called her a "modern Faxian."

The book's Chinese-language narrative recounts how Hong's adventurous spirit steered her off the beaten path of tourism and deep into the country and its customs. Befriending India's Hijra (transgender) community, performing in a Bollywood production alongside superstar Aamir Khan, encountering Maoist insurgents in Orissa, and being kidnapped — and subsequently arrested — in the Dharavi slums are among her many unique experiences.

Hong's groundbreaking journey has been covered by China's Xinhua, India's PTI and the UK's Guardian. On Tuesday, October 28, at Asia Society Hong Kong Center, Hong will discuss her book and the transformative nature of independent travel from the perspective of a Chinese woman of the 1980s generation. Her husband, travel photographer Tom Carter, will also present a photo slideshow showcasing India's brilliantly diverse life and culture.

From their village home in rural Jiangsu province, the couple chatted with Asia Blog about their backpacking and publishing journey.

Hong Mei, in your book you write about an "abyss of awareness" between China and India. What are the most common misconceptions that the Chinese have of their southwestern neighbor?

I should say upfront that I initially shared the Chinese "unawareness" of India. I'm just a village girl, raised by tea growers. Never in my wildest dreams did I think I'd travel to India, which was my first-ever trip abroad. I watched Journey to the West and old Indian movies like Caravan when I was a little girl. Other than that I was oblivious to Indian culture up to the moment I arrived there.

But I don't think that Chinese misconceptions of India are too far off from the West's. Just as Westerners tend to see China as a homogeneous race, Chinese and Westerners alike tend to think of Indians as a single nationality. In fact, Hindi, and Hinduism, are just one part of the prism. There are over 2,000 ethnic groups, including 600 scheduled tribes (what we call "ethnic minorities" in China, of which we only have 56. There's no national language in India; over 700 languages are spoken there! My writing, complimented by Tom's photography, attempts to illustrate India's beautiful diversity as our journey progresses, from north to south, then west to east, across the subcontinent.

India's spirituality is a constant observation throughout your narrative. Why was this an important subject for you?

Maybe because we Chinese have lost all our spirituality. Our new religion is materialism. China is now the world's largest economy; we have everything we could ever want — except faith. But I never really thought about it until I arrived in India, where so many have so little, yet their faith remains steadfast. A resilient happiness and contentment among the Indian people seems to spring from that faith.

Suddenly, for the first time in my life, I was surrounded by so much spirituality, and it had a deep impact on me. In my book I write about sitting on the ghats of Varanasi all day long, just watching the religious processions pass by, or being moved to tears after witnessing thousands of Hindu pilgrims taking a royal bath in the Ganges River during the Kumbh Mela in Haridwar. For me, that spirituality made being in India a really lovely experience, which carried over into my writing.

You mentioned to us that many political references were censored from your book. Can you tell us about those omissions?

Prior to my travels in India, I didn't really have any concept of democracy or collective action, so it was a kind of shock for me to observe "The World's Largest Democracy." I was in Mumbai on General Election Day 2009, the first time in my life I learned there is such a thing as campaigns and candidates. In Delhi I watched a protest by sugarcane workers; thousands of men effectively shut down the streets of their nation's capital! Has that ever happened in Beijing?

I even went to Southern Orissa, the heartland of India's Naxal-Maoist rebellion. The Naxalite insurgency, inspired Mao Zedong's People's War, has been active in India for the past decade defending the rights of marginalized peoples. I wrote about all these things enthusiastically, and I thought my publisher would welcome my insights into how Maoism has transcended the Sino-Indian border. I was wrong. But being censored is the sacrifice Chinese authors must make if you want your book to see the light of day here.

Chinese travelogues are a new but rapidly growing genre of books in mainland China. What were your experiences writing and publishing The Farther I Walk, The Closer I Get To Me?

This book is based on my travel diaries, which I kept in a couple of leather-bound journals. It was just something to do during all those long train rides. When Tom and I returned to China the following year, broke, we were both kind of like, "now what?" But then we'd read in the news about some popular travelogues by other Chinese backpackers who were taking "gap years" abroad, which is a revolutionary concept in China. Historically speaking, we Chinese have never really been interested in exploring the world before, and certainly not India.

At the time, I could count on one hand how many books about India had ever been written by a Chinese, including the diaries of fifth-century explorers Faxian and Xuanzang. So Tom encouraged me to turn my India journals into a manuscript and submit it to Chinese publishers. I was doubtful because I had never written anything before, but his optimism and passion for literature compelled me to at least try. We contacted Peony Literary Agency, they saw its potential in China's emergent tourism market, and within a week we had several offers from publishers around China.

Our final questions are for Hong Mei's husband, Tom Carter, whose photos add a dimension to her book. Tom, was your approach to photographing India any different than how you photographed China?

I spent two years backpacking a total of 56,000 kilometers across all 33 provinces. Hong Mei was traveling with me for one of those years. Our approach then, as in India, was to just spend every day, all day, walking around, taking pictures of anything and anyone we encountered. China and India are both very similar in that their street life is very dense, very colorful; everyone works, plays, and even sleeps in the streets, so they are both a kind of photographer's paradise. And just like the dramatically stark contrasts of rural and urban China, India's regional and economic disparities also make for striking juxtapositions.

The major difference, however, was that in China the people were as curious about me as I was about them. I couldn't go anywhere without being immediately haloed by an ever-swelling throng, which made candid shots extremely difficult. India, however, has a long history with Westerners; people there couldn't care less about me. In fact, Indians were more interested in Hong Mei, because most had never encountered a Chinese backpacker before. So this left me free to capture candid scenes while Hong Mei distracted them with her presence. How's that for irony!

You initially intended to follow up your debut book CHINA: Portrait of a People with a second photography book about India. Have you abandoned that project now that Hong Mei's book has been published?

Not abandoned, just indefinitely on pause until we can find a way to get back to India. First there was the disappointing realization that Hong Mei would not be allowed into the restricted regions of Arunachal Pradesh (in Northeast India) or Kashmir, because she is Chinese. But we might not have been able to anyway because, by the end of our first year, we ran out of money, due to unexpectedly having to fly Hong Mei out of the country four different times to renew her visa, which is extremely strict for Chinese.

As Hong Mei mentions above, we returned to her ancestral home in the Jiangsu countryside defeated and disappointed at not having completed our trip as intended. We were unsure what we should do next. This is when I conceived the idea for Unsavory Elements, and while I started that I suggested Hong Mei convert her India journals into a long-form travelogue. So there we were in this rural farming village, working on our books together like nongmin (peasant) versions of Peter Hessler and Leslie Chang, in between harvesting tea leaves and foraging the bamboo grove for roots for lunch. I later proposed to her in that same bamboo grove, and our son was born in our village the following year. But, gods willing, India is still very much a destination we'd like to return to soon, as a family.