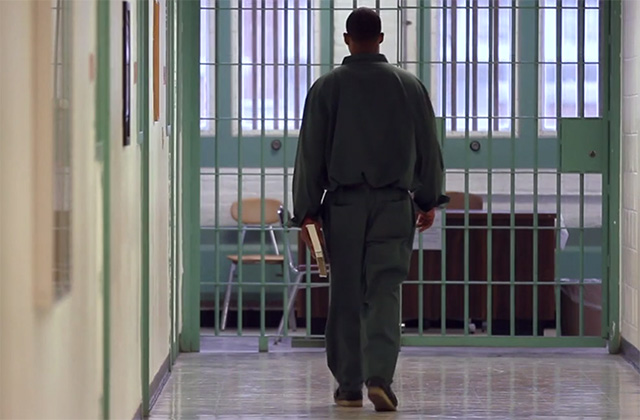 In 1999, New York State’s Bard College launched the Bard Prison Initiative (BPI) to give inmates the opportunity to take classes and work toward a college degree while incarcerated. Since its inception, more than 700 students in six prisons have gone through the program, with nearly 300 earning degrees.

For four months in 2012, Yun Qin, senior program associate in Asia Society's China Learning Initiatives, taught Mandarin through the initiative at a maximum-security prison for men in New York State. Ahead of her participation in a panel on non-traditional Chinese teaching models at the 2015 National Chinese Language Conference in Atlanta (April 16-18), she discussed what the experience was like.

What sorts of unique challenges did teaching at a prison bring?

Language learning is a little different from other subjects because you need a lot of real environment practice to strengthen what you’ve learned. You can’t just learn in a classroom. When I got my students, they were at an intermediate-low level, and at this stage you still need a lot of input of the language to push the output. But the inmates cannot just go on YouTube and watch a video after class to get that input, so I had to balance. I had to be a language input, so I tried to stay as long as possible with them and keep talking talking talking. But at the same time I needed to give them enough opportunities to speak. That was very hard.

There were also a lot of restrictions on the teaching materials we could use. If I used a map, it couldn’t be of the region around the prison. I couldn’t have PowerPoint slides, online resources, or even a cellphone in my classroom. Usually I just used chalk and a blackboard.

They were very good students. I’ve been teaching since 2005, so I can say that they worked very hard. It’s a very precious opportunity for them. Not every prison has educational programs, especially one like this that will lead them to a higher education degree. Every year the program receives hundreds of applications and only a few dozen of them will be accepted. The process is the same as any other college admission, and much more competitive. And also Bard is a well-known liberal arts college. It’s not easy to become a Bard student. So after they’re admitted, they do their best to stay in that program. Some students were very language-talented. After only a year and a half of learning, they could already handle complicated language tasks.

Did you ever feel unsafe?

To be honest, I didn’t. When you teach, the only thing you see are students. You don’t think, “Oh my god, they’re prisoners.” If I thought in that way, I wouldn’t take this job.

Management was very careful too. After my first week they switched me to a new classroom, which I noticed was the one closest to the guards [there was no guard in the classroom]. Maybe they didn’t feel comfortable having me, a little girl — I do look tiny compared to my students — at the end of the hallway because guards may need a lot of time to save me (laughs). I also had students sit in a semi-circle with me in the middle, then the education supervisor asked me to sit closer to the door instead.

But BPI has gone on more than 10 years without an incident. Nobody was ever disrespectful to me. Guards kept reminding me that students must call me by my last name and call me professor; they’re not allowed to use my first name. Since the students spoke to me in Chinese, the guards often asked me if they were addressing me in a respectful way. They always did.

Did you feel like you could connect with students in the same way you might in a normal classroom setting?

Not in a regular way. But I think for both them and me, mutual trust is the best thing. As I sat together with them I didn’t fear them. I treated them the same way as my other students, so they also believe in my trust for them.

Was there any experience that stuck out?

There are special places where prisoners are periodically allowed to stay with their family for a couple days. Once, a student was absent for a few classes to do this. Then he came back and wrote a very touching essay in Chinese telling me about spending two days with his daughter. I still keep that essay.

Looking back on your experience, do you think it was worthwhile?

Absolutely! It was an education to me too. After years of reviewing homework, preparing for lessons, and grading students as a teacher, it’s hard to always keep in mind the noble goal I was determined to fight for. But when you see that the national average prisoner recidivism rate is 50-60 percent, while BPI students’ rate is less than four percent, you can really see the power of education and what it can bring to a man, to a life, and to a soul.

At one graduation, the president of Bard said: “We live in a time when people don’t really believe in education…. Your idealism about education gives back to us a reminder of why we should fight for what we do.” That was really meaningful because it pushes us as educators to always go back to education itself and ourselves.