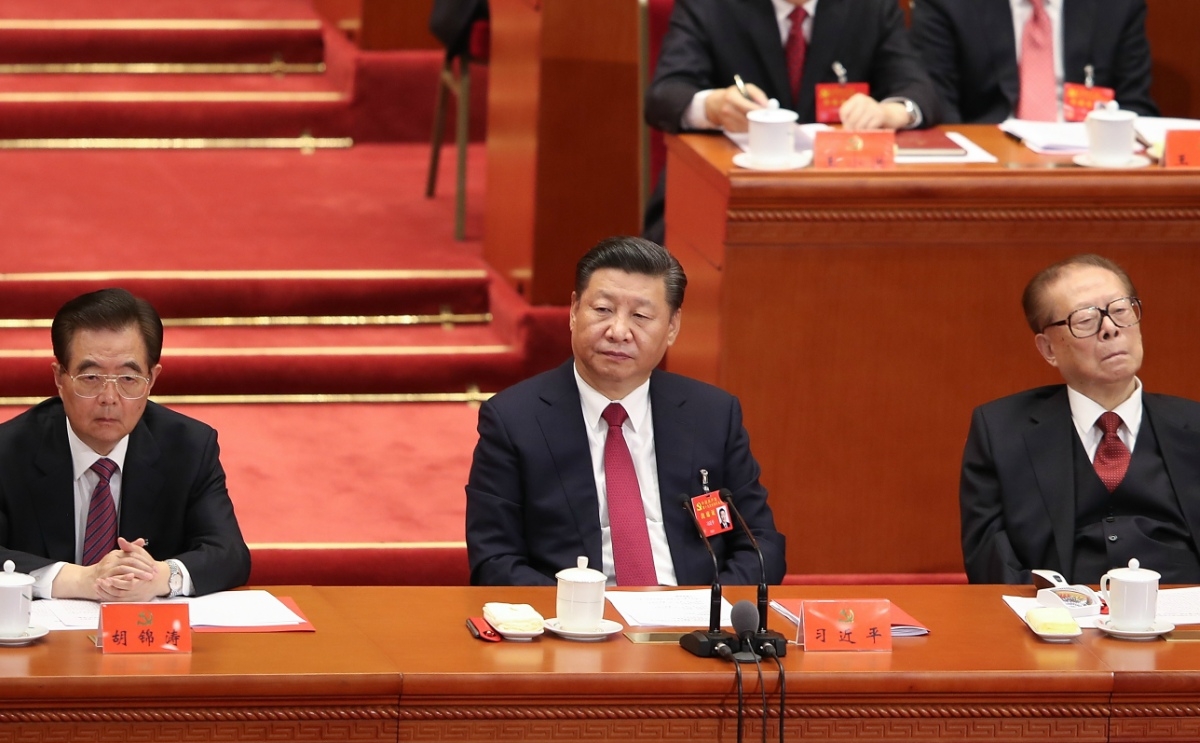 When the seven men who rule China revealed themselves on stage at Beijing’s Great Hall of the People on October 25, the gathering of the Standing Committee of the Politburo was notable less for who was there than for who wasn’t — a chosen successor to Xi Jinping. Those who watch Chinese politics took this as a clear sign that Xi has become China's most powerful leader in decades.

That Xi is so powerful isn’t exactly news. Observers have referred to him as such at least since 2013 when, in the early stages of his presidency, Xi wrested control of the economic portfolio traditionally managed by China's prime minister. But the lack of an apparent successor has signaled something equally momentous — that China’s brief attempt to establish norms and guidelines in its elite politics may have come to an end.

Ordered succession does not have a long history in China. Until the death of Deng Xiaoping in 1997, political transitions occurred with minimal transparency or predictability. This method had some serious flaws: There were no formal mechanisms to check a leader who had accumulated too much power, such as Mao Zedong during the disastrous Cultural Revolution era, or any clear way to phase out a ruler whose advancing age presented problems (Mao and, later, Deng). A change was needed.

“Deng Xiaoping set the idea in motion that people shouldn’t just cling onto power until they dropped dead,” said Orville Schell, the director of the Center on U.S.- China Relations at Asia Society.

Two norms were thus established: One, that China’s senior leadership would face a mandatory retirement age (first 70, then 68), and two, that the general secretary of the Chinese Communist Party — China’s top political office — would serve only two five-year terms. Neither of these norms was officially enshrined in the constitution — but they had a clear purpose. “It was an informal idea — but a collective leadership was intended as a prophylaxis against having another Mao Zedong,” Schell said.

A rare orderly transfer of power in the history of the People’s Republic occurred in 2002, as Communist Party General Secretary Jiang Zemin relinquished his post to Hu Jintao. And when Hu concluded his first five-year term in 2007, Xi Jinping was selected as his successor and, as expected, assumed power in 2012.

Like Jiang and Hu, Xi was expected to govern as a "first among equals" with the Standing Committee of the Politburo, China's highest governing body. But his usurpation of power has upended this fledgling tradition. Why has China seemingly reverted back to its old ways?

One explanation is that the “orderly” period of Chinese politics was less stable than it seemed. Though Jiang relinquished control of the Communist Party to Hu in 2002, he didn’t yield power over China’s military for two more years — a decision that sparked enmity between the two. Chinese politics also became heavily factionalized during the first decade of the century as leaders affiliated with the Communist Youth League vied for power with so-called “princelings,” like Xi, who descend from important Communist revolution-era leaders. Then, in 2011, the charismatic Chongqing Party Secretary Bo Xilai attracted widespread popularity by orchestrating a corruption crackdown that the leadership in Beijing reportedly viewed as an unsanctioned bid for power. (Bo ultimately was felled the following year in a corruption scandal of his own.)

“A problem with collective power in a system that isn’t codified is that you get backstabbing and competition,” said Schell. “You get factionalism.”

It’s also important to remember that just because China didn’t choose Xi's successor in 2017 does not necessarily mean there won't be a new leader in 2022. According to Winston Lord, a former U.S. ambassador to China, Xi’s upending of the successor norm has some strategic advantages.

“Xi may feel that if he anoints a successor now, as has been done in previous turnovers, then he becomes a semi-lame duck,” Lord said. “And on top of that, by not signaling who takes his place, Xi has people who are competing for the job and being loyal to him. In addition, he can see who is most able and deserving.”

As U.S. President Donald Trump prepares for his visit to Beijing this week, Xi Jinping faces little pressure to conform to global political norms that, from Russia to Europe to the United States, appear to be weakening. Support for democracy has waned and, after shocking events like Brexit and the election of Trump, China’s model of authoritarian capitalism appears has correspondingly become more attractive.

“I think what Xi is proclaiming is that his system of government is a model for everyone — not just for the Chinese,” said Schell.