How Mixed Chinese-Western Couples Were Treated A Century Ago 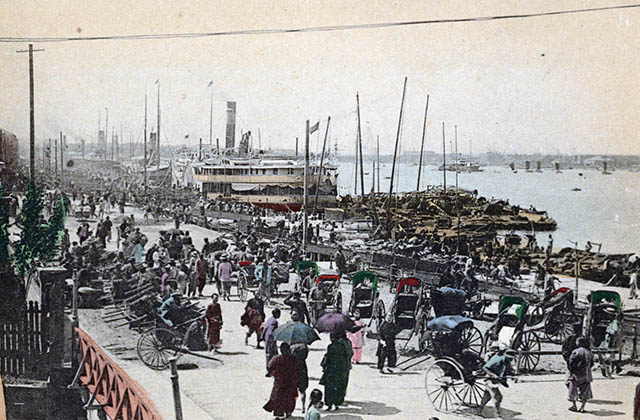 In the latter half of the 19th century, the United States and China came into closer contact with one another through trade, labor migration, students studying abroad, and in some cases, conflict. With this increased contact, mixed race relationships and marriages between people from both sides began to emerge, as did the complicated social fallout from these unions. Events like the Boxer Rebellion (1899-1901) in China and the Chinese Exclusion Act of 1882 in the United States complicated these situations further still.

Emma J. Teng, a professor of Asian Civilizations at MIT, is author of the book Eurasian: Mixed Identities in Hong Kong, China and the US during the Treaty Port Era, 1842-1943, which looks at Chinese-Western mixed-race families in the United States, China, and Hong Kong from the mid-19th to mid-20th century, and how the social and legal dynamics influenced their identities.

On Tuesday, January 17, Emma Teng will speak at Asia Society in Hong Kong on mixed marriages in Hong Kong, China, and the U.S. during the Treaty Port Era.Learn more

On January 17, Teng will speak at Asia Society in Hong Kong about mixed marriages and identities during this time period. Ahead of the event, she spoke with Asia Blog about what challenges mixed race couples faced in the United States and China in the 19th and early 20th centuries, and what historical strands can still be felt today.

When did marriage between Chinese and Americans in the U.S. start to emerge, and what was it like for these couples?

It began to emerge as early as the 1820s, but really from the 1850s onward as larger numbers of Chinese immigrants came to the United States. Some of the earliest marriages were with Chinese merchants and students who came to the country and married Euro-American women. As time went on, more laborers came and some of them also ended up marrying American women — Euro-American as well as minorities.

Both American law and Chinese social custom at the time made it quite difficult for Chinese women to come to this country, so the gender ratios in those early days were extremely skewed. In 1860, only about 5 percent of the Chinese population in America was female. So that essentially meant that any male migrants who came here who wanted to establish families had very little choice but to go outside of their own community.

There was a great deal of hostility toward these intermarriages in the U.S. that grew out of a long history of racial intermarriage being very taboo, which was largely a legacy of slavery. Between 1850 and 1950, 15 states in the U.S. passed anti-miscegenation laws that made it illegal for Chinese and whites to intermarry.

It wasn't that the absolute numbers of these intermarriages were huge, but the occurrence could arouse scandal and opposition nonetheless. In other words, a single case in one town could still prompt a huge outcry along the lines of: “A local waiter from the Chinese restaurant has married an American woman and this is a danger to our community.” Some localities, however, were also accepting, so couples faced different prospects in different places.

Laws were especially hard on American women who married Chinese men during this time. Why was that? 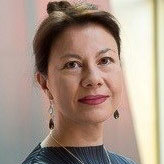 The Expatriation Act of 1907 decreed that any American woman who married a foreign citizen would lose her American citizenship. That was true in the case of any foreign national, but there were some extra consequences for women who married Chinese men because the loss of their citizenship meant that Chinese Exclusion laws would apply to them. This meant that they could only leave and re-enter the U.S. under the terms of Chinese Exclusion.

There were very sexist ideologies in those times saying that a married woman was essentially “covered” by her husband (the legal doctrine of “coverture” means that a woman’s legal rights are subsumed by those of her husband after marriage), so her entire legal identity would be subsumed by her husband's identity. Even up until the 1970s in the U.S., women couldn't even get their own credit card if they were married. So essentially the thinking was that a married woman’s sense of national loyalty would follow her husband’s. So if he is loyal to a foreign power then you're also going to be loyal to that foreign power. Therefore you can't be a U.S. citizen.

What types of people in China married Westerners at this time?

In China, the mixed Chinese-Western families emerged from different sources. One source was the European and American traders and diplomats who went out to China, and again most of them were single men who traveled, especially up until the 1890s. Very few European or Euro-American women were going to Asia before that time. And so again, you have the emergence of these "bachelor societies” in the expatriate communities. So, many of the men formed liaisons with Chinese women when they were over there. Another group was Chinese overseas students or diplomats who married foreign women and brought their families back to China.

China didn't pass any sweeping laws that prohibited Chinese from marrying Europeans or Americans. But the Chinese government became very concerned about the phenomenon of Chinese overseas students marrying foreign women, whether in the U.S., Europe, or Japan. Some conservatives in the government protested that these men — and most of the students at the time were men — were going overseas to get modern educations and bring scientific, technical, and other skills back to China to help China modernize. If they married local women, they might decide to settle down abroad and never bring those skills back to China. So they developed arguments against students marrying abroad, and by 1910 the Qing court actually did prohibit overseas Chinese students from marrying foreign women.

But what was also quite interesting was that the court said that this ban would not apply to ordinary overseas Chinese. It shows they were specifically concerned with the overseas student population, and as far as laborers or merchants overseas, they felt that it wasn't an issue.

Was there much nationalistic backlash in China then regarding Chinese who married foreigners?

There was absolutely nationalistic backlash against it, especially with the emergence of Chinese nationalism in the early 20th century. But the backlash was often directed toward specific forms of interracial unions. It is quite evident from a lot of the discourse at the time that intermarriage was much more acceptable at the elite level if you're taking about a Chinese male diplomat, for example, who marries a European or American woman, rather than a Chinese woman marrying a foreign man. The gender dynamics there were very pronounced. That said, there were a few interesting examples of Chinese officials or wealthy merchants who actually wanted to marry their daughters to prominent American men in China as a way to form networks between powerful families, or secure the allegiance of foreign advisers in China, so it wasn't completely looked down upon either.

Radical opponents of any kind of foreign influence in China produced some very inflammatory pamphlets and other propaganda. They made wild claims that missionaries, for example, might be working black magic or other kinds of evil deeds among the population. There were accusations of baby stealing, soul stealing, and raping women in some of the more inflammatory pamphlets. These radicals produced the most extreme forms of backlash.

You’ve written that some intellectuals during that time period actually advocated for mixed race marriages. Why was that?

There was a small group of Chinese (and also Japanese) eugenics advocates in the late 19th to early 20th centuries who actually proposed that if whites and Asians would intermarry, there would be eugenic advantages for the development of the Chinese race, or for the yellow race more broadly. Within the commonplace Social Darwinian framework of the time, many perceived the white race to be ahead in a global struggle for the survival of the fittest. Europeans and Americans had advantages in terms of military might, technological and industrial progress and so forth, and they were also admired by some Chinese for particular physical attributes like being taller and fairer skinned. So these eugenics advocates claimed that by infusing "white blood" into the Chinese race, they could strengthen the Chinese race, and ultimately help protect China against imperialism. China had been greatly weakened by imperialism at the time, so this was the context for this thinking.

Pretty soon though there was a strong backlash against this idea because of the strong anti-foreign sentiment that arose toward the end of the Qing Dynasty, which was directed against both the Manchus who ruled China under the Qing, as well as the foreign imperialists who were encroaching on China. Combined with the idea of “expelling the foreigners” was a strand of xenophobia emphasizing the notion of Han Chinese racial purity, and of Han Chinese as the rightful rulers of China.

It seems there’s still often nationalist anger in China against mixed race couples — especially foreign men and Chinese women. Do you think there are historical reasons dating back to this time period underlying that at all?

A lot of Chinese nationalists today refer to the period from the First Opium War (1839-1842) onward as the “century of humiliation” because China was subjected to one unequal treaty after another during these years. The Chinese Exclusion Act (1882-1943) was also a severe form of humiliation for many Chinese at that time. I think many Chinese today are still very aware of that past history — it's kind of a historical wound that hasn't fully healed yet. So some nationalistic Chinese today see mixed couples within this framework, as a kind of encroachment on Chinese women within a framework of global dynamics of race and power.

Do you think there’s likewise any continuity in the United States against racially mixed marriages?

Maybe these things go in cycles because there’s definitely some contemporary backlash against interracial dating and marriage. I have been concerned about the recent spate of hate crimes and racial incidents that happened after the election, and calls to “make America white again.” There seems to be a new confidence among some white supremacist groups that even two years ago would have been considered very fringe. Now they’re much bolder about publicly expressing their opinions.