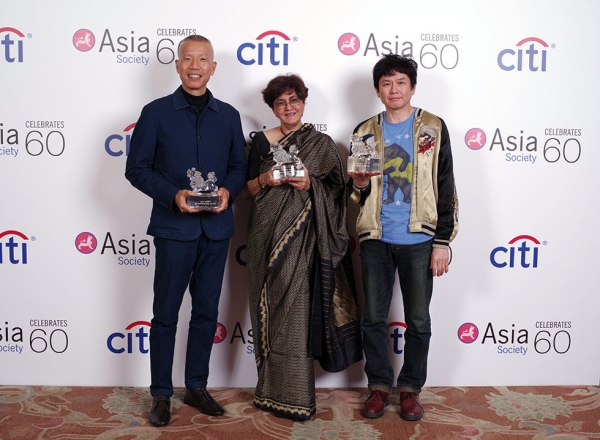 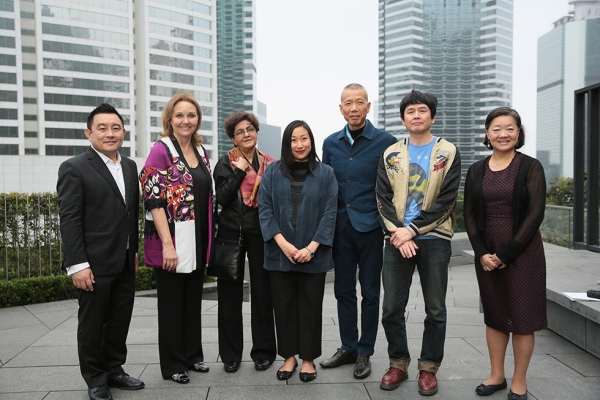 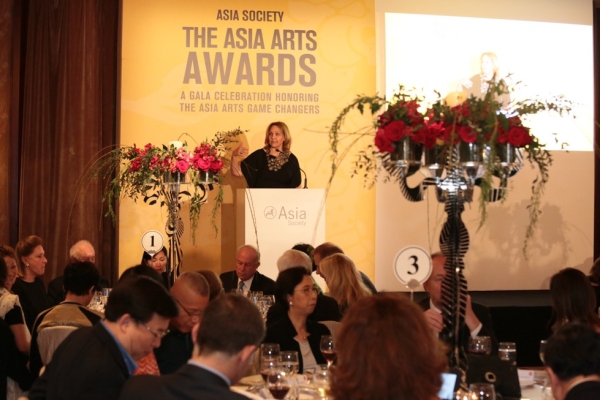 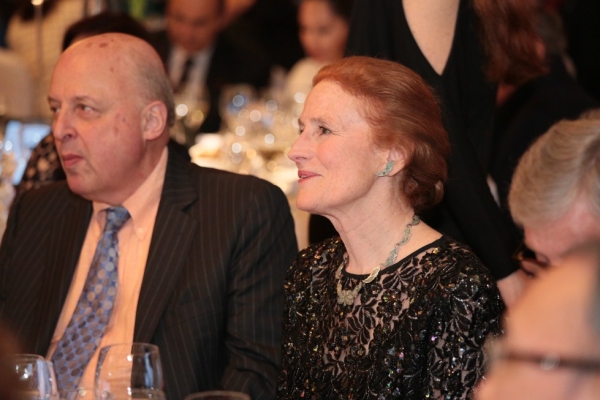 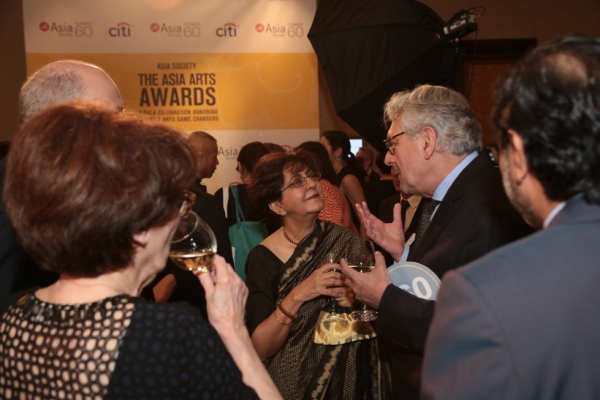 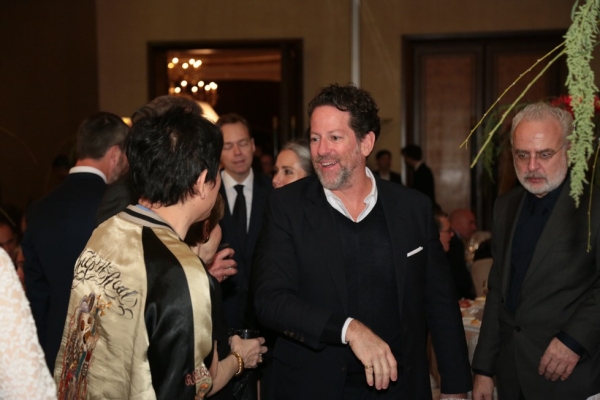 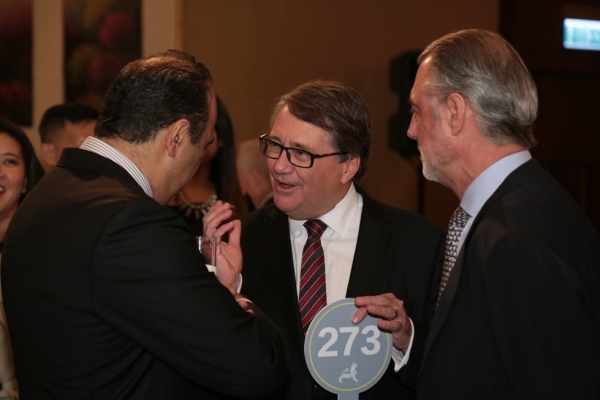 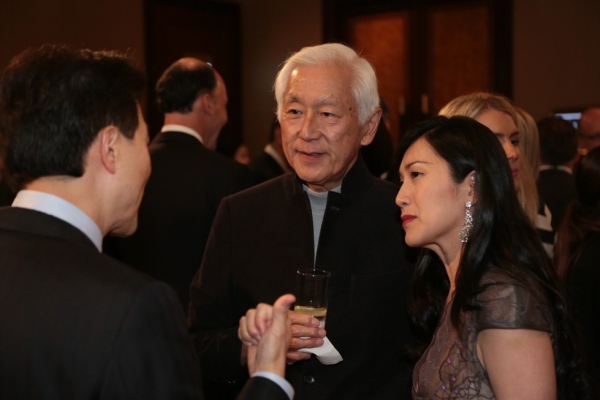 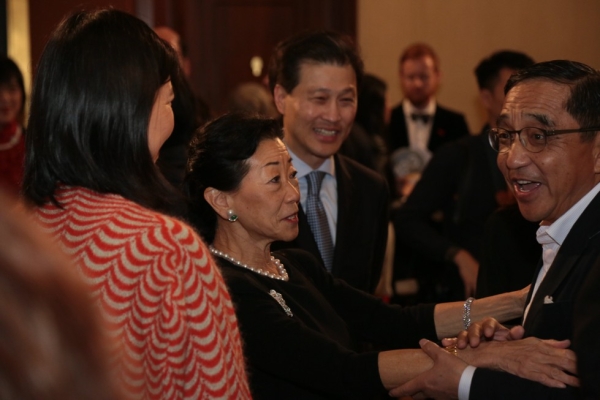 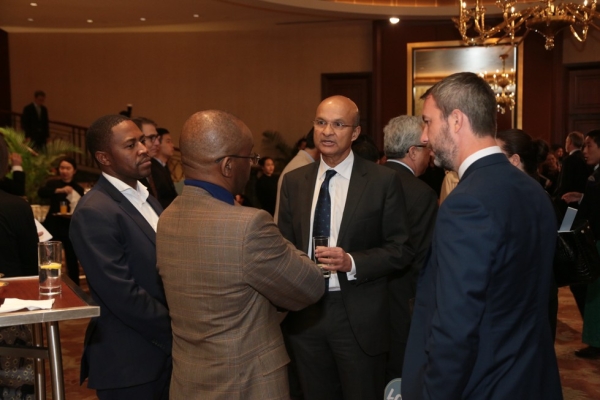 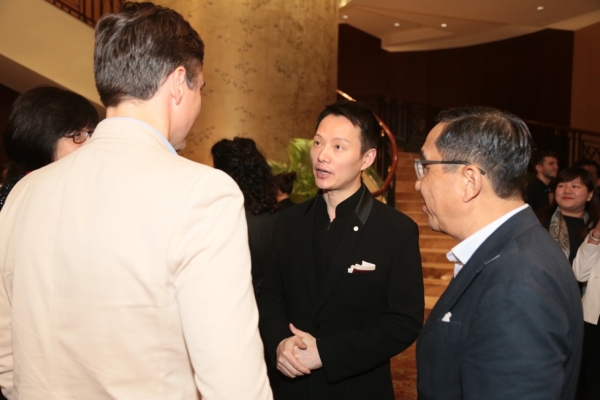 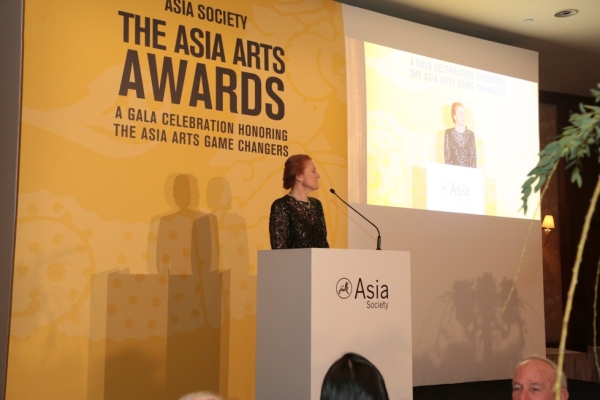 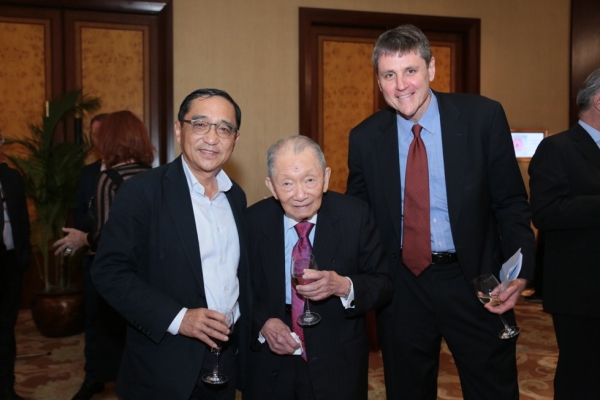 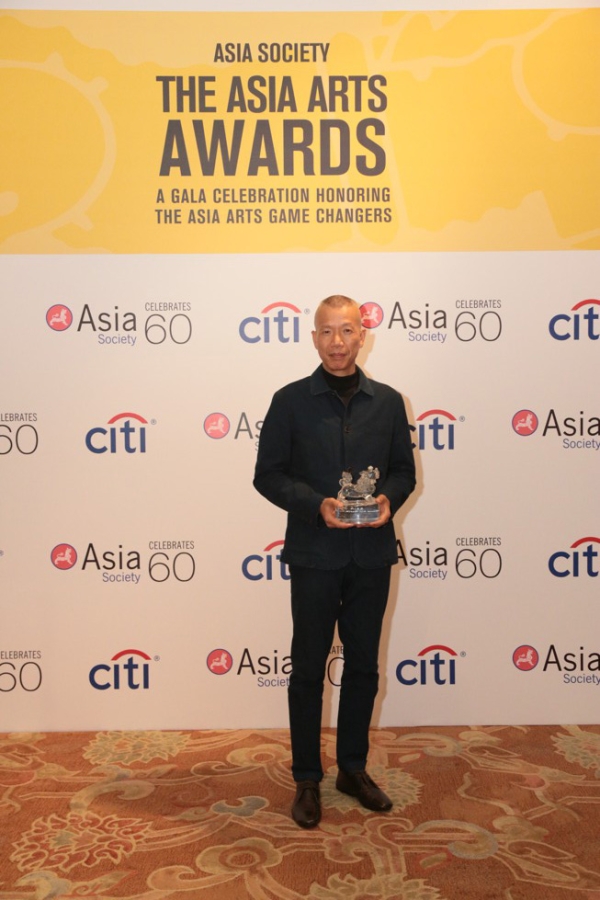 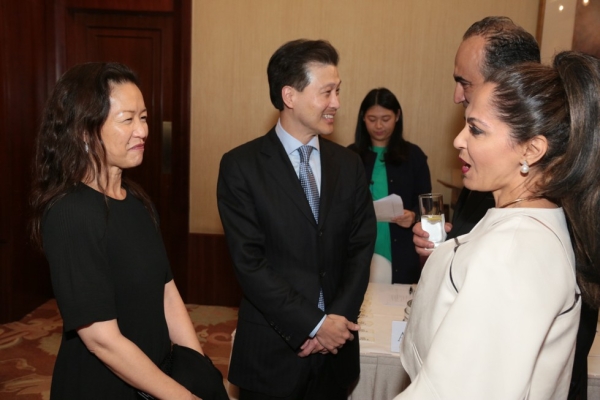 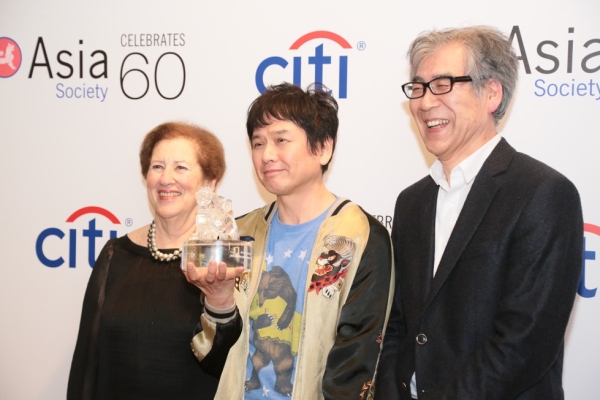 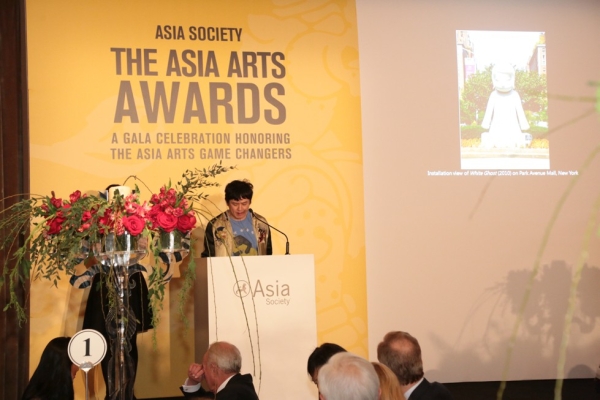 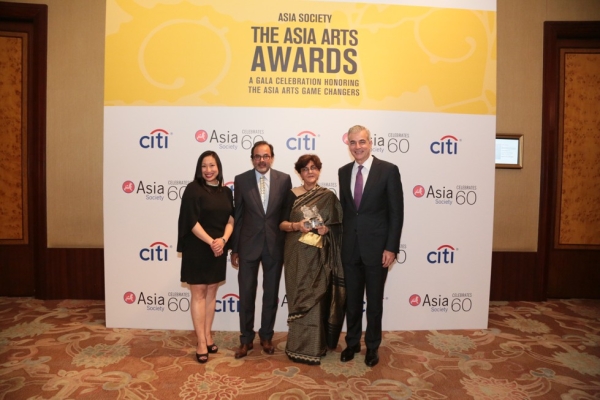 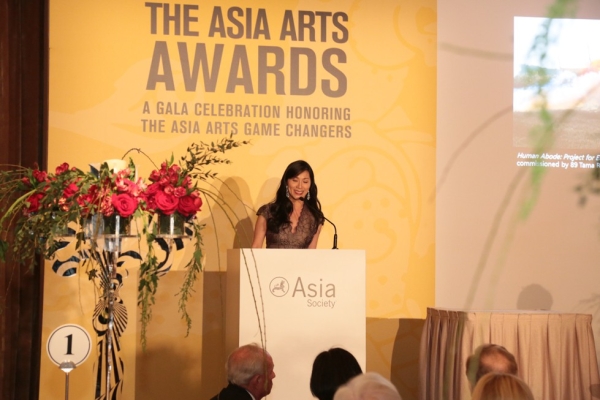 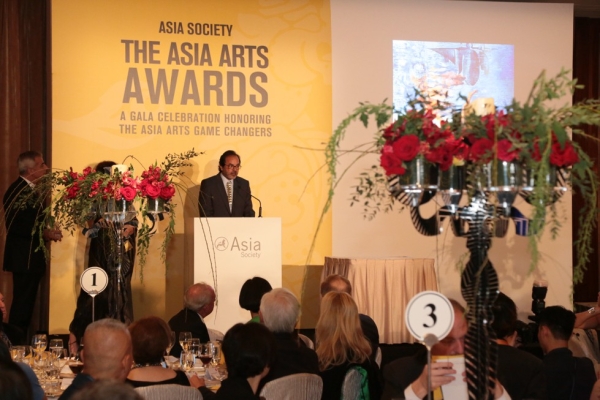 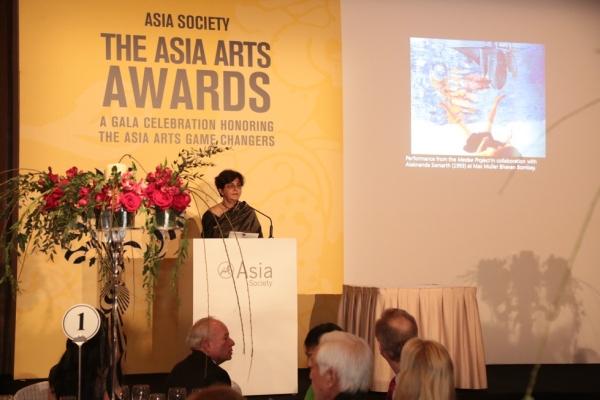 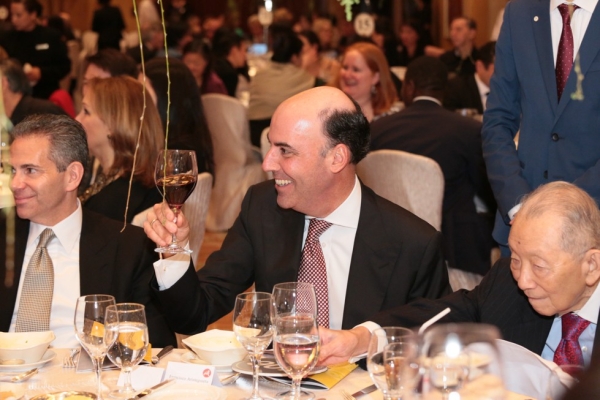 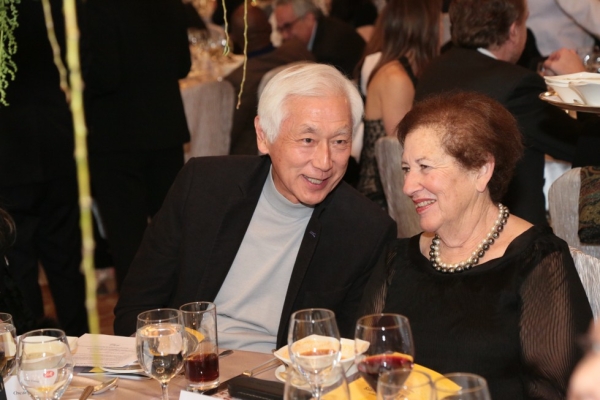 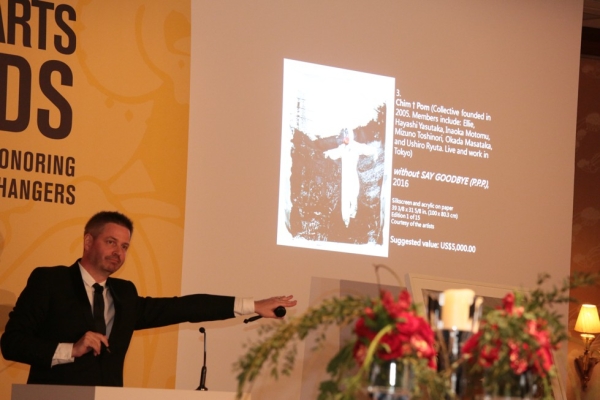 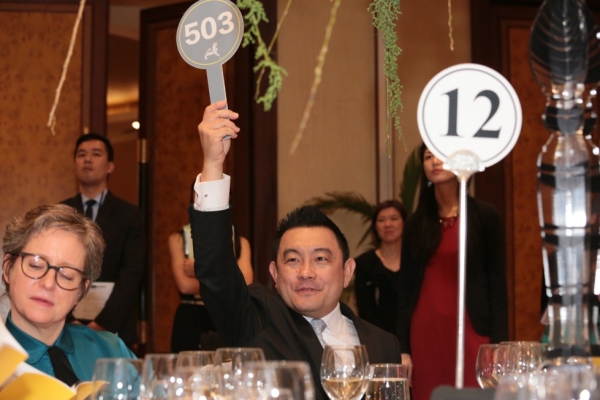 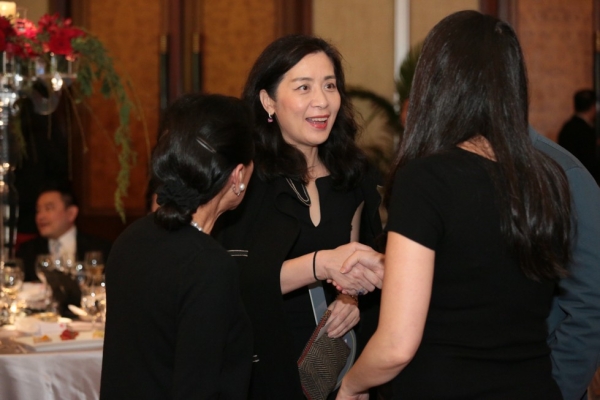 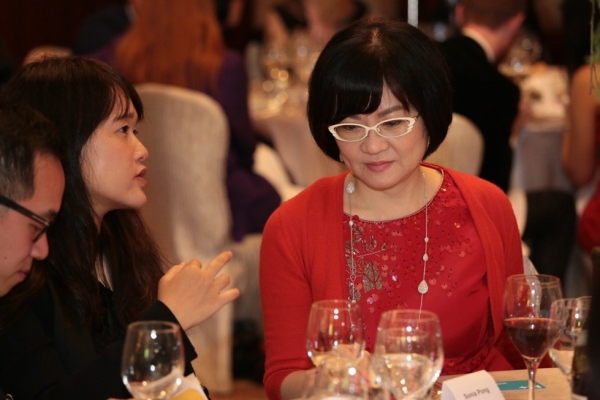 The artists — giants in contemporary Asian art — were named “Asia Arts Game Changers” at Asia Society's 2016 Asia Arts Awards for their transformative‎ work in the field.

“Artists often feel isolated and uncertain,” said Ca‎i, who thanked Asia Society for its long-time support and inspiration, and said the honor “will encourage me to be more courageous in my work.”

All three artists have been showcased, often early in their careers, by Asia Society. Nara, whose fanciful — and sometimes unsettling — illustrations of children were recognized for being “the mirror image of ourselves,” has had major shows at Asia Society Museum in New York (Nobody’s Fool, 2010) and at Asia Society Hong Kong (Life is Only One: Yoshitomo Nara, 2015).

Malani, a “champion of the marginalized,” had her work shown at Asia Society Museum in New York as a part of Traditions/Tensions: Contemporary Art in Asia (1996) and in the one-person exhibition Transgressions (2014). Cai Guo-Qiang’s solo exhibition An Explosion Event: Light Show Over Central Park‎ was on view at Asia Society Museum, New York, in 2003. His work was also featured in the Society’s groundbreaking 1998 exhibition Inside Out: New Chinese Art.

Guests at the Hong Kong event, which included Asia Society’s global board of trustees, also bid on works of contemporary Asian art, donated by the artists themselves to benefit Asia Society’s work. A standout was the painting Noble's Virtue by Chinese icon Pan Gongkai, who was also on hand for the event.