Can the Trans-Pacific Partnership Negotiators Seal a Deal on Agriculture? | Asia Society Skip to main content

Can the Trans-Pacific Partnership Negotiators Seal a Deal on Agriculture? 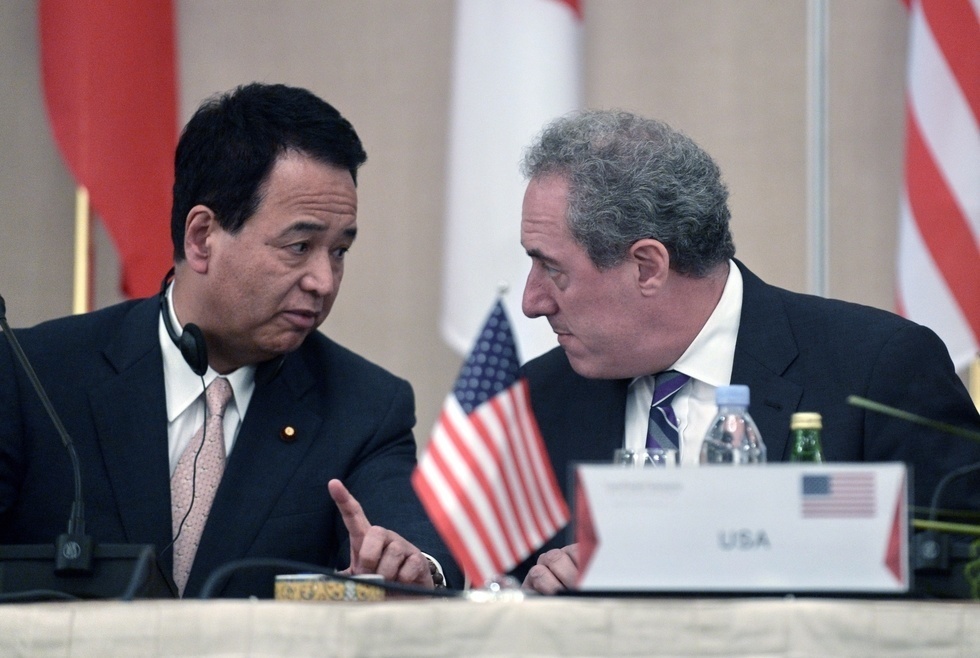 The latest ministerial meeting to negotiate the Trans-Pacific Partnership (TPP), held in Singapore on May 19 and 20, saw little progress toward a reconciliation of viewpoints about trade barriers and protections for agricultural commodities: a category of goods that has been a sticking point in the TPP negotiations all along. Looking ahead to the next round of negotiations in July, it is worth considering why trade in agricultural goods has been so contentious, and what prospects exist for an agreement in this sensitive area.

Japan has been seeking a number of exemptions on agriculture during TPP negotiations. The agricultural committees for the Japanese Diet (parliament) and the ruling Liberal Democratic Party have approved resolutions that seek continuing protections for Japan’s rice, dairy, wheat, beef, pork, and sugar industries under any TPP deal. Extensive protections are currently in place for these products, including 58 tariff sub-categories just for rice and rice products, the most sensitive of Japan’s agricultural commodities. According to the Japan Times, Japan’s Minister responsible for TPP negotiations, Akira Amari, told his TPP counterparts during the latest ministerial meeting that Japan would not fully eliminate tariffs on its sensitive agricultural products.

Reducing Japanese agricultural tariffs is a priority for the United States and other TPP countries. TPP countries that produce and export goods such as rice, wheat, beef, pork, dairy, and sugar are seeking greater access to the Japanese market. But these countries also have trade barriers of their own for certain agricultural products. In terms of protection of sensitive sectors such as dairy, Japan and Canada’s interests have been aligned. Canada, for example, levies tariffs on U.S. dairy products, as high as 298% for butter and 245% for cheese once quotas have been exceeded. The U.S., by pressuring Japan to lower its tariffs, could also prompt other countries to seek concessions from the U.S. on commodities that the country wants to protect, such as dairy and sugar. New Zealand, a major dairy-producing nation, could ask the U.S. to further open its dairy markets, which U.S. milk producers have been loath to do.

How can the U.S., Japan, and other countries overcome their differences about market access for agricultural goods in a complex multilateral negotiation? Three major approaches stand out. One is to exclude a particular commodity from a free-trade agreement so that commodity doesn’t prevent the parties from coming to terms overall. For example, when the U.S. and Australia signed their bilateral free trade agreement in 2004, they left sugar out of the agreement altogether, allowing the U.S. to maintain its existing restrictions on Australian sugar. During the TPP negotiations, the U.S. has so far refused to reopen any discussions on sugar with Australia. A second way is to agree to eliminate tariffs but on a longer phase-out period, in order to give local manufacturers the time to become more competitive. The third approach is to reduce tariffs rather than eliminate them completely, or to allow certain quotas before tariffs kick in. The U.S. and Mexico successfully used the latter two approaches on agriculture, namely eliminating tariffs completely or using longer phase-outs, when negotiating the North American Free Trade Agreement (NAFTA).

Reducing tariffs appears to be the approach that the U.S. and Japan are considering most seriously. The Wall Street Journal has reported that Japan has proposed reducing tariffs on pork and beef, including a reduction on beef from current tariffs of 38.5%, potentially down to as low as 9%. It further noted that the time frames for tariff reductions are still being negotiated as are potential approaches to deal with key issues such as a sudden flood of imports. At the latest ministerial meeting in Singapore, Minister Amari was quoted as saying, “Japan will improve market access for other countries as much as possible,” but Tokyo "cannot commit to complete tariff elimination for sensitive farm items.”

Japan has also reportedly commenced negotiations on agriculture with the other ten TPP nations. This occurred after the United States and Japan had appeared to agree broadly on a way forward in this sector by not seeking to completely eliminate agricultural tariffs. All countries remain tight-lipped about the specifics, however, noting in the Singapore Ministerial Meeting Joint Statement that “in a series of positive meetings we cemented our shared views on what is needed to bring negotiations to a close. We focussed in particular on making meaningful progress on market access and also advanced outstanding rules issues in an effort to narrow our remaining differences.”

Chief negotiators are scheduled to meet again in July. After some difficult months where talks appeared stalled on agriculture, the parties appear to have overcome some of their differences and lent new momentum to the overall talks.