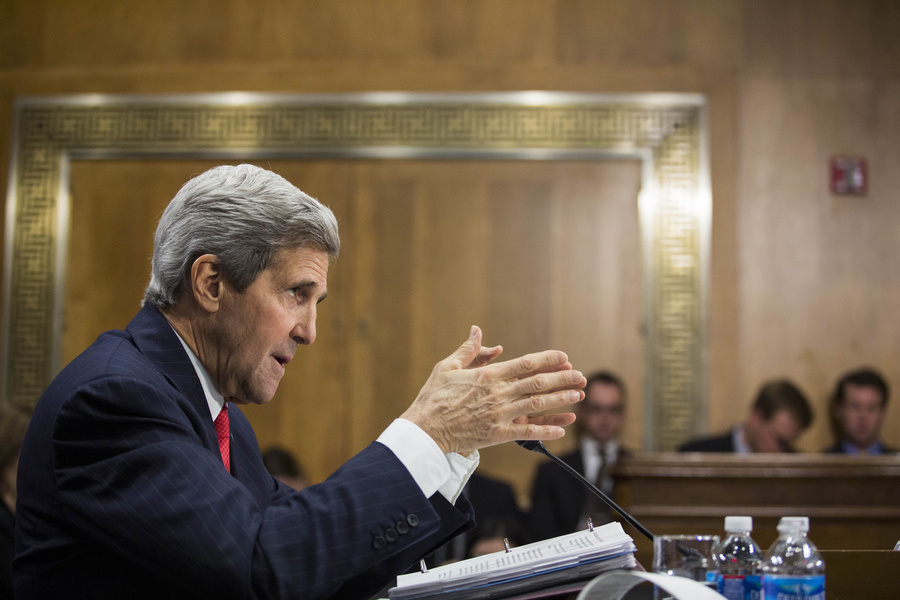 The “pivot” to Asia was a rare Washington invention, a new policy born to bipartisan applause and without contentious debate. If there was backroom dissent, Congressional concern or interagency wrangling, it was more likely to be about the speed of the shift to Asia than about its wisdom.

On Tuesday, President Obama departs for a trip to Asia two-and-a-half years into the pivot. As he prepares, Asian officials and experts reportedly profess disappointment with the results to date, seeing the United States as inadequately attentive and forward-leaning only on the pivot’s military elements.

If that’s the reaction, who dropped the ball? Analysts will doubtless use the trip to take stock of the success and failure of America’s first Pacific President. But, the victories and shortcomings of the pivot tell us more about the Washington we’ve created, with its peculiar incentives and its selective investments, than it does about the Administration.

Six challenges have handicapped the progress of the pivot. The Administration has responsibility to address these challenges, but so do Congress, civil society and business. We all must pivot.

First, the Administration and Congress must invest more heavily in diplomatic and trade capacity. Because a country gets what it pays for, it is no mistake that the Department of Defense has been the agency best able to translate the pivot into practical policy. According to Secretary of Defense Hagel, the Defense Department has already begun a transition to forward base 60 percent of U.S. naval assets and overseas-based forces in Asia by 2020.

The State Department and others are slower. Spending is up on Asia—$1.4 billion was requested by the State Department and USAID for East Asia and the Pacific in FY2015, against a budget of less than $800 million in FY2010. But, this is an investment on an entirely different scale. As the United States deploys 2,500 U.S. Marines to Australia, the FY2015 State Department budget requests three new public-diplomacy officers for Asia and 43 new Foreign Service Officers, only some of whom will be posted to Asia. The Office of the U.S. Trade Representative has asked for 12 new negotiators and enforcers worldwide, and $1 million more a year to travel to negotiations. And even these requests may be a stretch before the current Congress.

All this means that while Congress and the Administration find the idea of the pivot compelling, they don’t yet follow its logic. The reformulation of the pivot to a “rebalance” to Asia reflects the capital’s desire to emphasize Asia without pulling back from Europe or the Middle East.

Perhaps in the past policy-makers could set new priorities without casting aside old ones. But, in a resource-constrained environment, hard choices are required. Senior officials’ time is always limited and, today, budgets are as well. Investing in Asia does not mean entirely casting aside other regions or ignoring crises, but it does mean shifting resources and priorities, and embracing that there are implications for these shifts in other regions. Budgets show that Washington has not yet managed this true shift to Asia or to diplomacy and trade.

Second, Washington’s self-inflicted political warfare should stop at the pivot’s edge. The President’s trip must pick up the pieces from a scuttled visit last fall, a victim of the ill-advised federal government shutdown. Sequestration, too, slowed Asia-focused spending, while also introducing economic uncertainty at home. America’s position in Asia is founded on U.S. economic strength and a presence throughout Asia. Last year’s domestic political wrangling resulted in no enduring benefits, so in the end Washington lost twice—at home and in Asia. Such mistakes must not be repeated.

Third, Washington must lower its expectations for immediate dividends from a long-term shift. The rise of China, India and other Asian nations pose immense challenges and create unprecedented opportunity. If their rises are managed effectively the international community can welcome these new global powers into the order crafted by U.S. leadership after World War II, and strengthen the order. Tensions with the most imminent threat to peace and stability in Asia, North Korea, are by no means resolved, but the country is more isolated by the year. New links between East and South Asia allow the region to dream of a connected, prosperous Asia in the coming decades.

Shaping these trends in America’s interests is not a three-year, straight-line project. It is a 50-year effort over an uneven path. As with the strategy of containing the Soviet Union, a 50-year national strategy may contain within it the seeds of catastrophic setbacks, while ultimately proving successful. Similarly, the U.S. pivot can pair brilliance with miscalculation, engagement with inattention, and arrogance with subtlety, but can only be understood as a success or failure over time.

Fourth, Washington must smartly reposition U.S. policies for the new era. The status quo in Asia is seen as beneficial to American interests. But, Asia is the world's most dynamic region, with rapidly shifting politics, economic relationships and societies. Managing epochal changes in ways that advance U.S. interests requires a broader perspective. For example, the recent resistance to realigning voting power at the International Monetary Fund to recognize the growing global role of emerging economies, including Asian economies, undermines U.S. credibility and influence for no identifiable gain.

Fifth, American leaders must engage the public with a higher-quality public debate that justifies the pivot. The 2012 presidential campaign—the country’s last opportunity for a national discussion on this set of issues critical to America’s future—rarely surfaced the opportunities for the United States in Asia. In the presidential debates, the most prominent mentions of Asia policy amounted to a competition over hard-line positions on China, which are rarely implemented and which Chinese observers disregard. A more nuanced discussion is needed that takes into account both the opportunities and challenges.

In the absence of this more rounded narrative, public support may be fleeting. According to a recent Gallup poll, 61 percent of Americans are now dissatisfied with the country’s role abroad. The pivot comes at the end of a decade at war, as Americans question the utility to the United States of engagement abroad. As political gridlock in Washington and recurrent fiscal crises antagonize American citizens, public support for a pivot may not be wide or deep.

Sixth, Washington must speed its support for change. The greatest success story in Asia since the pivot, Burma’s decision to transform, validates U.S. and international pressure over decades. But, this pressure also relied on a promise to be there when change came. In FY2015, of the $1.4 billion requested for Asia and an overall request of $46 billion, the State Department has requested only $58 million in Economic Support Funds and $15 million in Global Health funding for Burma, both a bit less than last year and too small in the context of the size of America’s global investments. Meanwhile, private sector investment from U.S. companies is also slower than many in Burma expected. It is a critical time for the country as reformers try to show concrete benefits to the people of Burma, and the United States should “double down.”

In the end, the pivot is critical to aligning U.S. foreign policy with the realities of the 21st century. The United States has only just started down a decades-long project. The commitment of a president stating America’s priorities—even if subsequently walked back a bit, like the pivot has been—sets expectations globally and provides an organizing concept for a vast government. Progress on each of these six challenges is necessary. It is hard and long work, some that this Administration will accomplish, but with much left for us all.