Can the Other 'Asian Giants' Deal With China's Slowdown? | Asia Society Skip to main content

Can the Other 'Asian Giants' Deal With China's Slowdown? 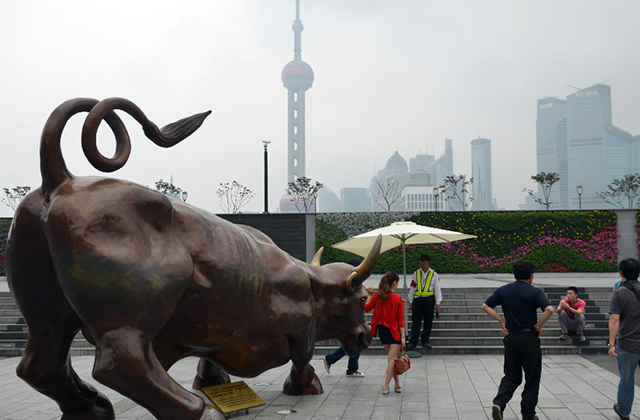 Visitors have photos taken with a replica of the famous Wall Street bronze bull on the Bund in Shanghai on June 13, 2013. (Peter Parks/AFP/Getty Images)

Since 2012, China, India, and Indonesia have each elected or installed new presidents that have embarked on major economic reforms. This comes as the region moves toward greater economic integration and China experiences rapidly slowing growth. So what effects could China's slowdown have on its reforms? And how are India and Indonesia positioned to cope and push ahead with their own drives toward sustained high growth.

Timothy Wong is managing director and regional head of DBS Group Research. Based in Singapore, he oversees a group of 70 economists, strategists, and investment analysts spread throughout Asia researching the region's economies and Global Growth Generating countries (3G). On October 30, he’ll speak at Asia Society in San Francisco about reform progress and prospects of the “Asian giants”: China, India, and Indonesia. Ahead of the event, he spoke with Asia Blog about the oppourtunities and risks ahead.

How do you view China’s overall economy in the short and long term?

On the surface, short-term downside growth risks for the Chinese economy appear to be intensifying. Consumption is being hampered by declining consumer confidence, which isn’t helped by the recent stock market meltdown. Investment appears plagued by overcapacity. Exports are negatively impacted by the persistent strength of the real effective exchange rate, even after RMB devaluation on August 11.

The anti-corruption campaign, while positive in the long run, has a braking effect on short-term growth. Project implementation/approvals are much harder to come by due to a higher degree of scrutiny. Monetary policy has not been very effective in stimulating growth, in spite of repeated rate cuts and required reserve ratio (RRR) reductions. However, chances of fiscal stimulus in the fourth quarter of 2015 are high. Even so, the impact will be more muted than the 2008/2009 round. With a huge and growing legacy of local government debt, the central government is likely to be prudent with regards to fiscal spending.

Capital outflow and depreciation pressure on the Chinese yuan will remain until the government comes up with a credible plan to rescue the economy and restore long-term confidence. In our view, long-term confidence will come from evidence that structural reforms are reaping dividends and clear improvements on economic fundamentals, like higher productivity, true innovation based on original ideas that are protected by intellectual property, and market-oriented reforms that entail the state giving up some control.

So far, benefits from structural reforms have yet to materialize. State-owned enterprise (SOE) reforms, urbanization, and population policies have all met with obstacles. Unless institutional reforms move ahead meaningfully, “market-oriented” reforms will remain in name only. The heart of the problem lies in a complex balancing act of reconciling contradictions between the state-run economy and market-oriented reforms.

Hence, while we remain positive on the long-term outlook, we believe that a successful implementation of the reform agenda is key to ensuring that China stays on a sustainable and long-term growth trajectory. It is hoped that short-term weakness in the economy and increased volatility in the markets do not weaken the resolve of the leadership team to press on with much-needed structural reforms. As the growth engine for Asia and the rest of the world, China’s success on this front will continue to be closely watched. 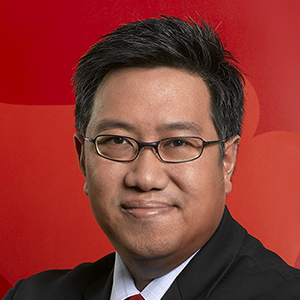 What are some investment opportunities that still remain in China amid a slowing economy and slumping stock market?

In the short term, the property market may get some reprieve from interest rate cuts. E-commerce continues to thrive, although foreign investors may balk at the government’s increasing surveillance on the sector. Services related to the aging population may have large potential, particularly if the government ultimately pushes through with social reforms, like subsidizing aged care. Biotech, healthcare, and military equipment sectors will likely be highlighted in the 13th Five Year Plan.

Finally, sectors that directly participate in the One Belt, One Road initiative, and those that directly benefit from upcoming fiscal stimulus, are likely winners. This could include state-owned companies that are involved in rolling out underground pipeline infrastructure.

With China’s economic slowdown and an increasingly hostile environment for foreign businesses, how much of an opportunity is there for India or Indonesia to draw foreign business and investment from there?

For Indonesia, there are certainly some opportunities. I don’t think Indonesia will ever take over China’s role (or whoever's next, be it India, other ASEAN countries, or inland and northern parts of China) as the factory of the world. But Indonesia is a country of 250 million people with a young labor force, and it’s exhibiting decent growth prospects. Indonesia had a pretty good experience of being a manufacturing hub in the 1990s, but was thwarted by the 1997 Asian Financial Crisis. Labor is abundant, and mostly still cheap, especially when moving away from the main regions like Jakarta/West Java and East Java. But cost competitiveness alone is not enough to attract foreign capital. Lack of investment in human capital development means Indonesia has recently been lagging behind some of the poorer ASEAN countries, like Vietnam and the Philippines (where manufacturing took off pretty strongly in the past two to three years). Indonesia’s bigger problem is its outdated infrastructure, which means high logistics costs, even if foreign investors would be attracted to the low cost of labor.

India is a suitable alternative for investors looking to move out of China. However, foreign businesses will face challenges on this end too. It is encouraging that the Indian government has exhibited strong interest in forging deeper ties with foreign partners. Demographic trends are in the investor’s favor. India offers prospects of abundant labor availability and a sizeable domestic market, with some studies also putting India’s manufacturing costs as lower than China’s. However, a number of hurdles stand in the way of translating these comparative advantages into material investments, such as tax uncertainty, stringent and numerous regulatory challenges, difficulty tapping key factors of production, and logistical inefficiencies. These will make it difficult for India to swiftly attract investments looking to exit China. But the reform process is moving in the right direction, as the government remains keen on “more red carpet” and “less red tape.”

How much could China’s slowdown drag down other economies in the region?

China accounted for 70 percent of Asia’s incremental growth between 2008 and 2015. Hence, the slowdown will invariably be a drag on the rest of the region. Most impacted will be economies that export to China. For Asia, this would mainly be the more developed North Asian economies, which export capital goods into China, and resource exporting economies like Indonesia.

China is a main market for Indonesia’s exports, but mostly for commodities. As demand for commodities shrinks in China, in line with the slowdown in fixed asset investment, global prices of commodities have also fallen correspondingly, affecting Indonesia quite significantly. Certain commodity prices will eventually recover to equilibrium level as supply balances out with sustainable demand. However,  China’s structural shift to clean energy will continue to impact commodities like coal.

India is on the other end of the spectrum. The domestically-driven nature of its growth and its relatively smaller trade exposure to China will limit the dampening effect on India’s economy. On a net bilateral basis, China is India’s biggest supplier and has consistently run a trade deficit with its South Asian counterpart. Indirect linkages, however, could be modestly negative for India. A slower China could also slow activity in the rest of the ASEAN economies, which have linkages with India. Along with limited direct impact on growth, the linkage as part of the foreign direct investments (FDI) is also not significant. China’s investment into India has been less than 7 to 8 percent of cumulative inflows since 2012, which is dwarfed by Singaporen and European economies.

On the flip side, China’s dampening impact on commodity prices is a boon for India, which is a net commodity importer. Weak commodity prices will improve India’s inflation outlook, current account balance, and fiscal deficits.

Will Modi’s government be able to deliver on its promise of sustained high growth in India?

Cyclical recovery is underway, even if at a modest pace. Industrial production is looking up, consumer discretionary spending is turning a corner, and financing costs are easing gradually. However, the structural tailwinds needed to sustain this recovery process are largely absent. Stressed balance sheets of corporations and banks have weighed down recovery, as has sluggish rural demand, which has been hurt by three successive phases of subpar monsoon seasons. Pulling these factors together, India’s growth will hold above 7 percent (revised growth series) this year and the next, but a return to 9 to 10 percent growth levels will still be a few years away.

To achieve high rates of growth much depends on the Modi government’s ability to push through critical high-level initiatives in a broad-based and sustained fashion. These initiatives fall into six areas: financial inclusion, the “Make in India” manufacturing revival plan, infrastructure build-out, GST/Tax reforms, digital initiatives, and a clear monetary policy management mandate for the central bank. These are bold and visionary reforms, which, if well executed, have the potential to turbo-charge the growth of the subcontinent for years to come. Given the scope and scale of the tasks at hand, the jury is still out as to whether this dream can be eventually realized. 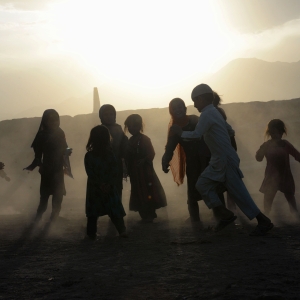 Afghanistan's Transformation Through the Eyes of Its Young Leaders 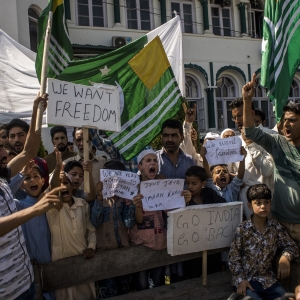 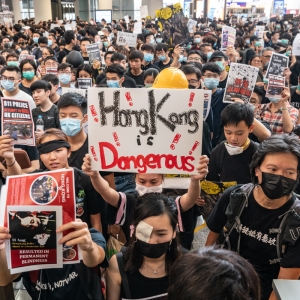 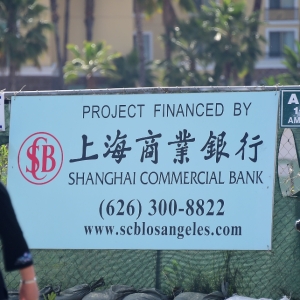