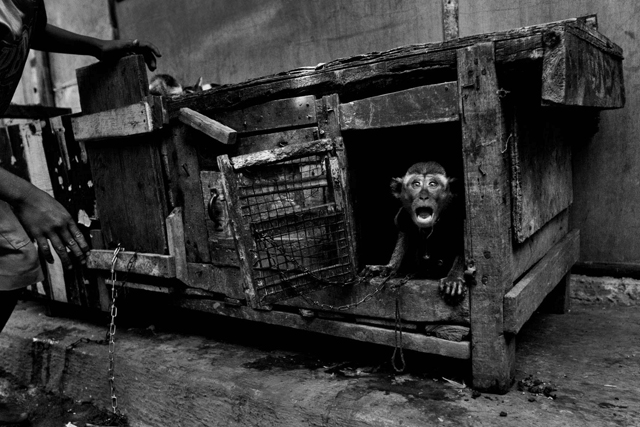 The photographer Ed Wray first arrived in Asia in 1998 to cover that year's Asian Financial Crisis and never left, covering a wide range of stories from Afghanistan to Fiji for the Associated Press and others.

Based in Jakarta, Wray's documentation of the city's performing street monkeys began when a local publisher assigned him to come up with "something different" for a new magazine. Drawn by the surreal appearance of the monkeys — many of whom wore masks — Wray began to investigate the struggling individuals who relied on the monkeys for their livelihood as well as the cruel and inhumane way that the monkeys were treated. After a local animal rights organization petitioned the Jakarta government to outlaw the practice, the monkey performances ceased and most of the monkeys were confiscated.

"It was difficult at first to get the handlers to stop performing for me and to simply be themselves," Wray told Asia Society. "But eventually, they got bored with me and just let me wander around taking pictures. The monkeys themselves are wild creatures and they lunge and bite when they are scared, so there was a bit of a distance negotiation that went on at first. But really, the most difficult thing about photographing the monkeys was the dim light and the fact that the monkeys move very quickly and are almost always in motion.

"Most of these performances take place in small neighborhoods where they are very cheap entertainment for bored kids and their mothers. The fact that the monkeys so closely resemble humans fascinates people. Watching the monkeys ride bikes, carry shopping bags, and do other human activities tickles the mind. Why the monkey handlers started using baby doll heads, I don’t know. I imagine that this was simply a novel way to distinguish themselves from other more mundane monkey acts.

"Although I was horrified by the treatment of the monkeys, I did not set out to make a story about cruelty to the animals. It was really just an exploration of this very strange masked phenomenon. I eventually came to see what I was doing as a story about how profound poverty leads to people making unpleasant and harmful choices in order to survive."

The 16 photographs below and one above provide a glimpse into the surreal world of Jakarta's performing monkeys. For a look at Wray's other photo essays, please check out his website. 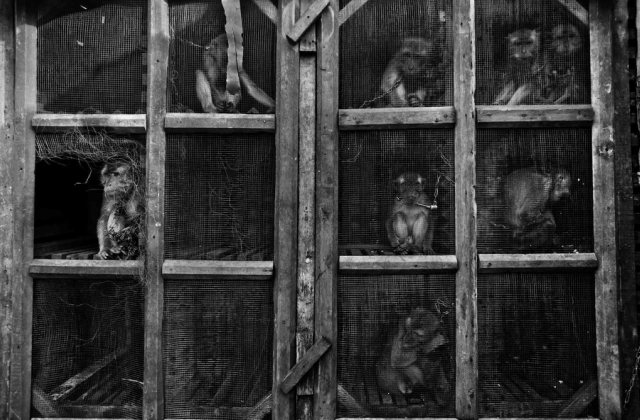 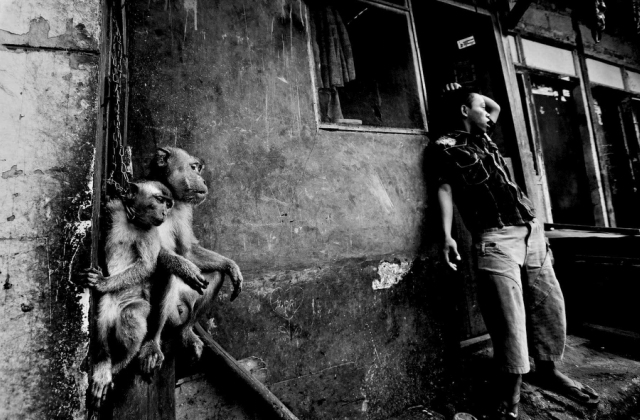 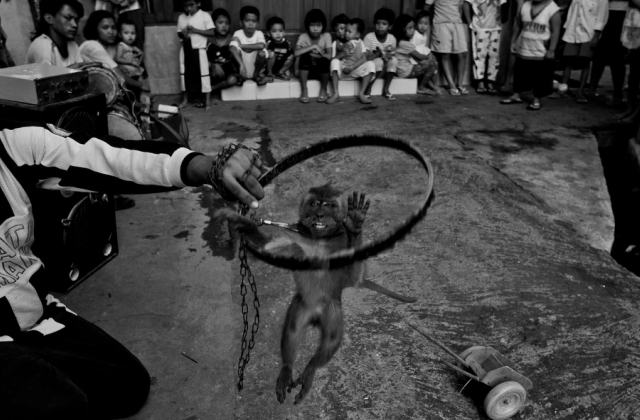 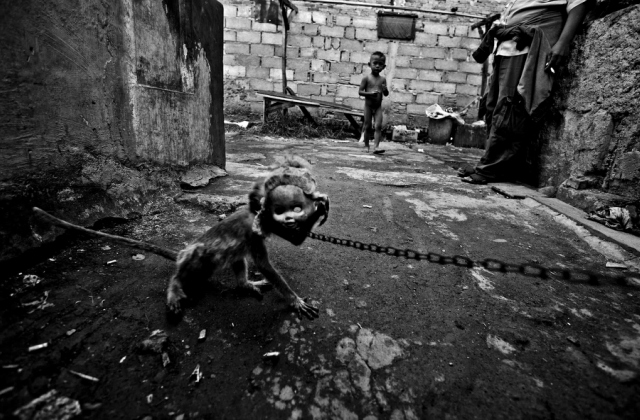 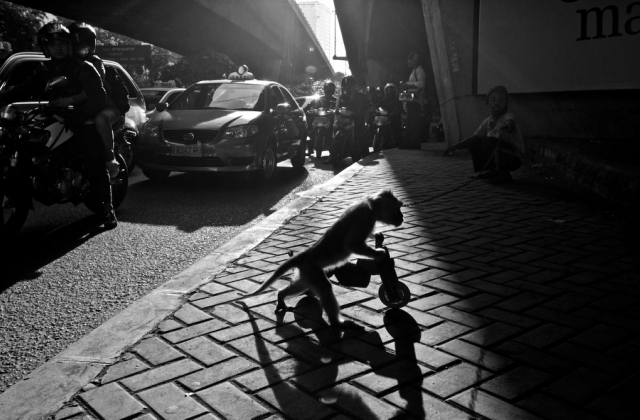 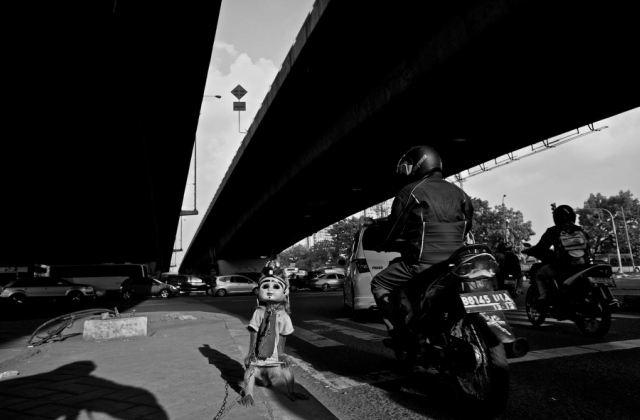 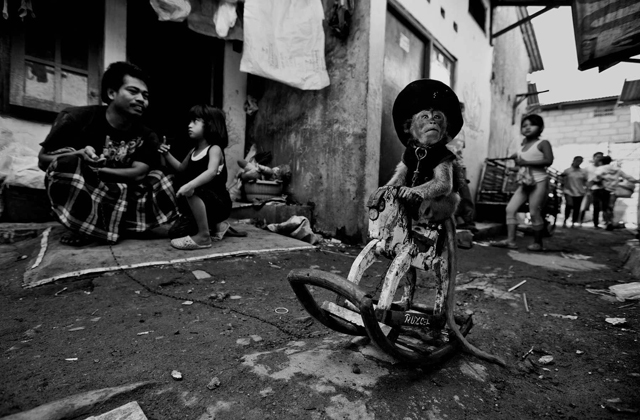 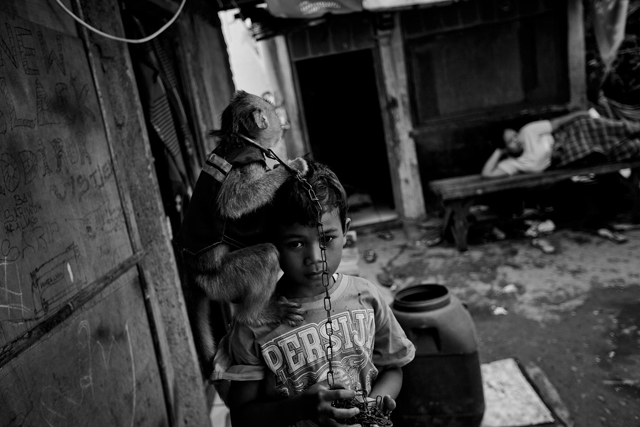 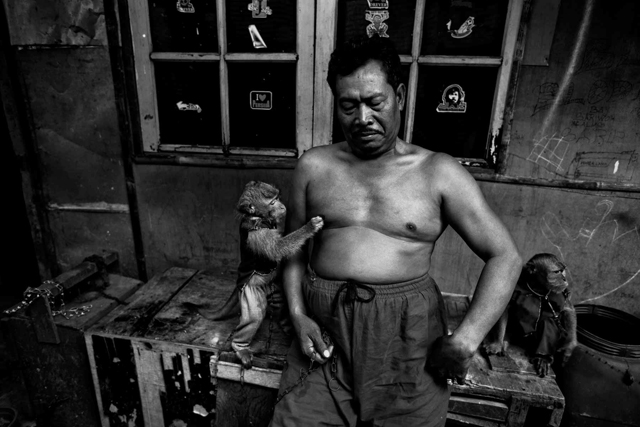 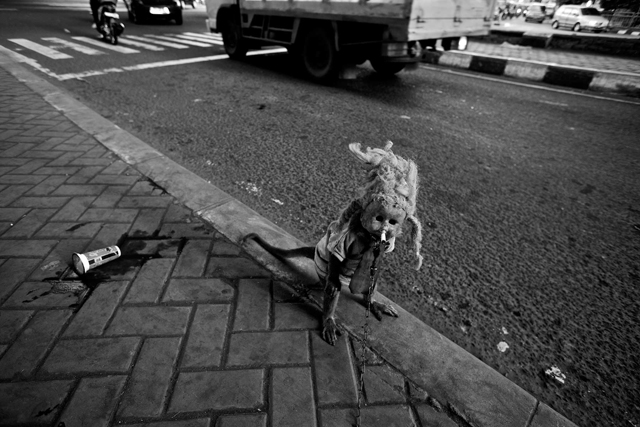 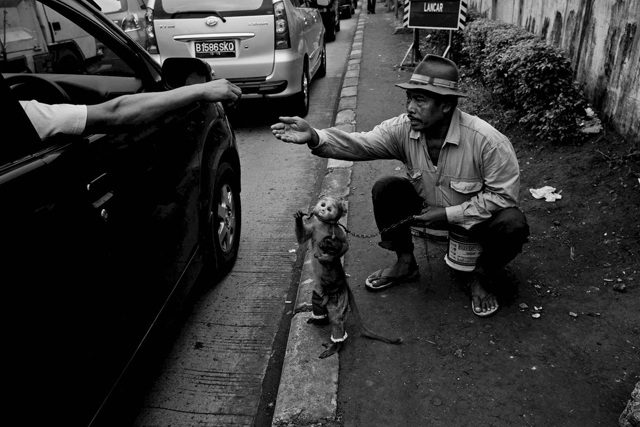 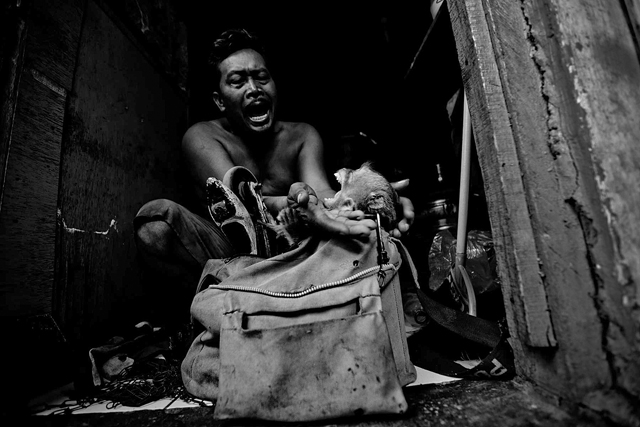 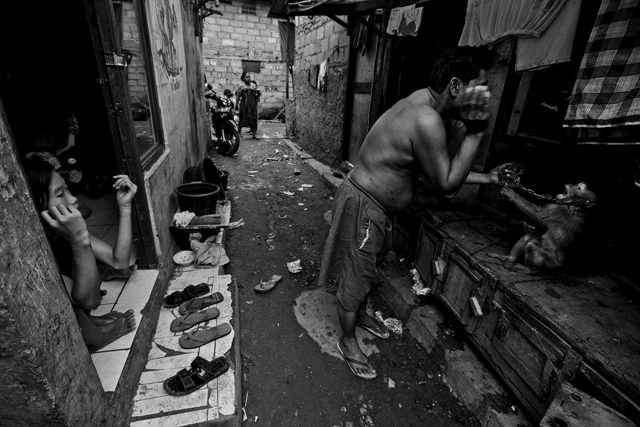 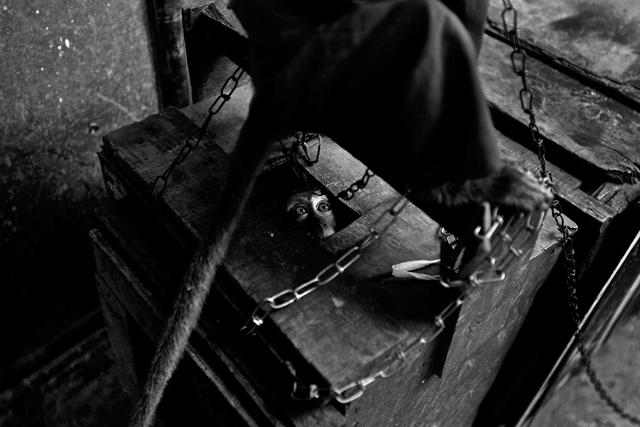 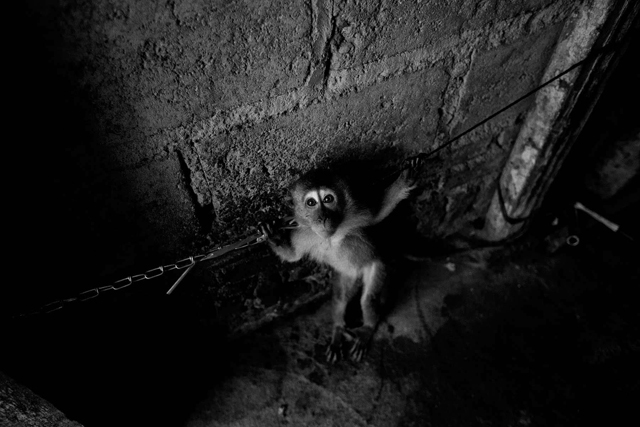 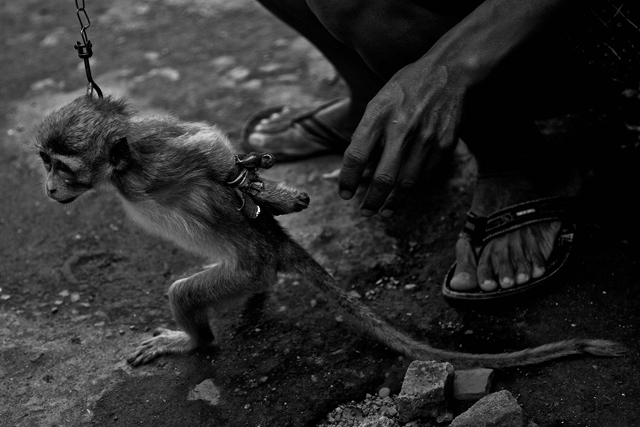