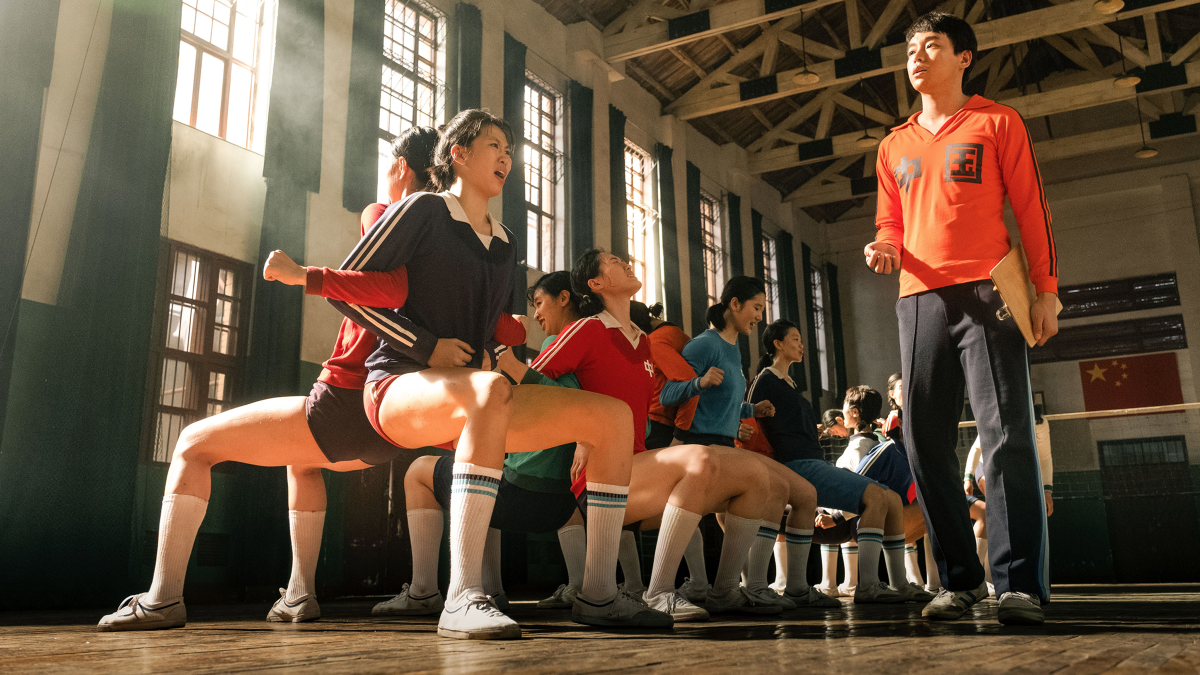 Tune in March 5, at 8 p.m. New York time for a free discussion with Leap director Peter Ho-Sun Chan. Buy tickets to watch the film ahead of the conversation.

As part of a new series titled Asia Society at the Movies, Asia Society Museum and Asia Society Southern California are pleased to partner with the Asian World Film Festival (AWFF) on its screenings of films that have been submitted by Asian countries for Oscar and Golden Globe consideration for Best International Feature Film and Best Motion Picture - Foreign Language, respectively. AWFF aims to assist the filmmakers in their campaigns for award success by promoting their films through screenings and events. “Asia Society at the Movies” will showcase a broad range of films and filmmakers from across Asia and the Asian diaspora.

Join us for an exclusive screening of Chinese film Leap and a discussion with the film's director Peter Ho-Sun Chan and Academy Governor-at-Large Janet Yang.

In the glorious days of their 5 consecutive championships in the 1980s, the women's national volleyball team of China had transcended the conventional definition of sports in the hearts of the Chinese people. When the Chinese team, led by Chen Zhonghe, was pitted against the U.S. team, led by Lang Ping, at the 2008 Summer Olympics in Beijing, everyone knew that it was a match that China could not afford to lose. Following their defeat, the Chinese team plunged into their deepest abyss in three decades. When Lang Ping returned to China, her home country, to coach the women's national team, many mused as to whether they would be able to retrieve lost grounds.

The film recounts the ups and downs and the sweat and sacrifice of the team over the past four decades. While the team’s persistence and teamwork became a national inspiration and collective memory in the 1980s, Leap investigates whether this team spirit can be passed down to the next generation as China goes through rapid change.

General Admission for Screening: $6, 20% off with promo code AWFFASSC

After registering, you will receive a confirmation email from Eventbrite and the viewing link will be emailed to you from "Asiana x Aikhun" (contact@aikhun.com). Please check your Junk/Spam folder.

*Screening available in U.S. ONLY
In select countries outside the U.S., this film is available via Amazon Prime, HuanXi and Now Baogu. For additional watch options, please click here to search the film’s availability in your region. For any additional inquiries, email movies@asiasociety.org.

A CONVERSATION WITH THE DIRECTOR

Go inside the making of Leap with a discussion with filmmaker Peter Ho-Sun Chan and Academy Governor-at-Large and award-winning producer Janet Yang. Chan discusses the incredible journey of the Chinese women’s national volleyball team, the evolution of China over the past few decades, working with acclaimed Chinese actress Gong Li, and more.

Learn more about the Asia Society at the Movies initiative.

As part of the global Asia Society, which was founded more than 60 years ago in New York City, ASSC has launched many creative initiatives and programs addressing current issues of importance across the fields of the arts, culture, policy, business, and education.

The Asian World Film Festival (AWFF), now in its fifth year, brings the best of a broad selection of Asian World cinema to Los Angeles in order to draw greater recognition to the region's wealth of Filmmakers and strengthen ties between the Asian and Hollywood film industries. Uniting through cross-cultural collaboration, the Festival champions films from more than 50 countries across Asia, spanning from Turkey to Japan and from Russia to India. This festival is unique in its concept as it predominantly screens films from countries within the Asian Continent that have been submitted to the Academy of Motion Pictures Arts and Sciences and to the Golden Globes for Best Foreign Language Film.

Register for the Conversation