A Conversation With ‘The White Tiger’ Director Ramin Bahrani 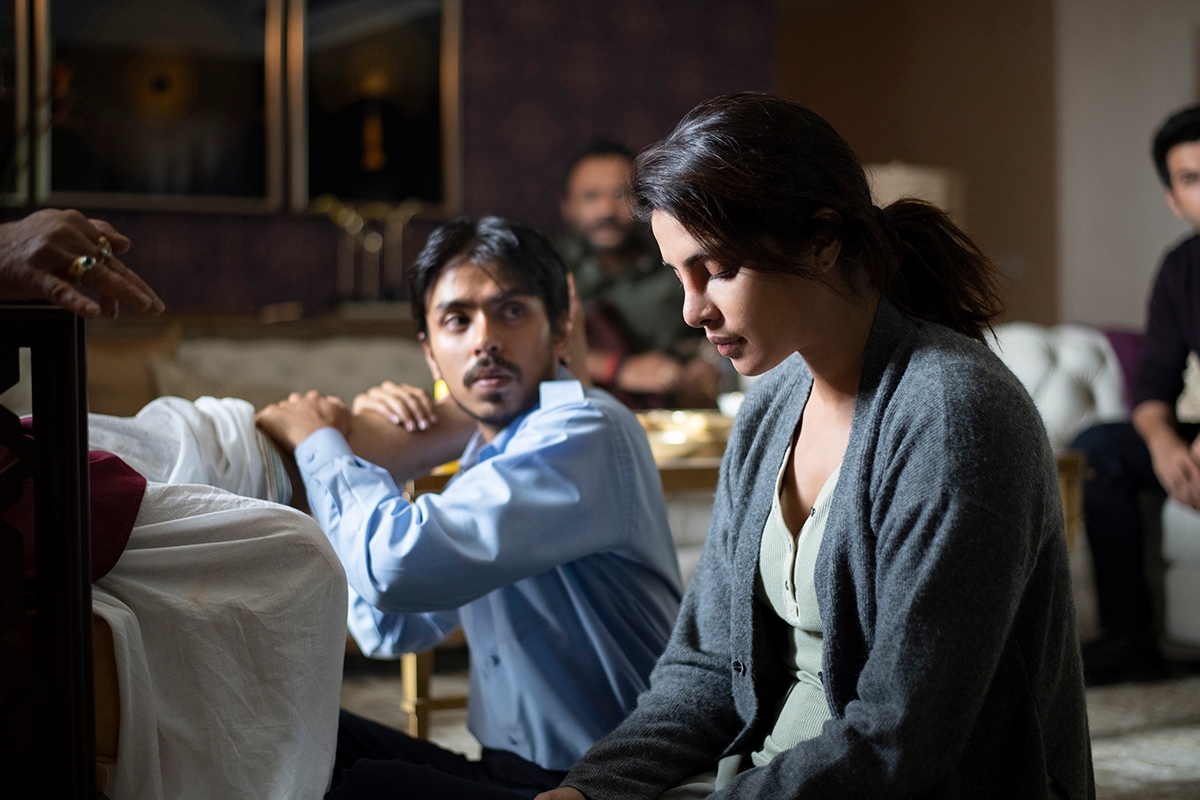 Registration is encouraged to receive reminders and updates about this program.

Based on the New York Times bestseller and 2008 Man Booker Prize-winning novel by Aravind Adiga, Netflix’s feature film The White Tiger is a gripping story that looks at poverty and the caste system in modern India. In the film, Balram Halwai (Adarsh Gourav) narrates his epic and darkly humorous rise from poor villager to successful entrepreneur in modern India. Cunning and ambitious, our young hero jockeys his way into becoming a driver for Ashok (Rajkummar Rao) and Pinky (Priyanka Chopra Jonas), who have just returned from America. Society has trained Balram to be one thing—a servant—so he makes himself indispensable to his rich masters. But after a night of betrayal, he realizes the corrupt lengths they will go to trap him and save themselves. On the verge of losing everything, Balram rebels against a rigged and unequal system to rise up and become a new kind of master.

Join us for a conversation with award-winning director of The White Tiger Ramin Bahrani and Fast Company Editor-in-Chief Stephanie Mehta.

A “complex crime drama with a dazzling performance at its center.” – Time magazine

The White Tiger is available on Netflix.

Ramin Bahrani is the Iranian American writer, director, and producer of the Netflix film, The White Tiger, based on Aravind Adiga’s Man Booker Prize-winning novel. As the internationally renowned, award-winning writer/director/producer of critically acclaimed films—including Man Push Cart, Chop Shop, Goodbye Solo, At Any Price, and 99 Homes—film critic Roger Ebert proclaimed Bahrani as “the director of the decade” in 2010.

All of Bahrani’s earlier feature and short films have made their world premieres at the
Venice International Film Festival and the Cannes Film Festival, garnering wins such as Venice’s FIPRESCI Prize, the London Film Festival’s FIPRESCI Prize, the Grand Special Prize at the Deauville Film Festival, and Film Independent’s Someone to Watch Spirit Award, as well as a Golden Globe nomination for Michael Shannon (99 Homes). He is a Guggenheim Fellowship winner, has been the subject of retrospectives around the world, and his cinematic oeuvre is housed in the permanent collection at the Museum of Modern Art in New York City.

Stephanie Mehta (moderator) is editor-in-chief of Fast Company, overseeing its print, digital, and live journalism. She previously served as a deputy editor at Vanity Fair, where she edited feature stories and coedited the annual New Establishment ranking. She also curated the invitation-only New Establishment Summit and Founders Fair conference for women entrepreneurs, which she launched in 2017. In 2016 she was editor of Bloomberg LIVE, Bloomberg Media’s global conference division. She spent 14 years as a writer and editor at Fortune, rising to the No. 2 position on the title’s masthead. She spent six years as an editor and writer at The Wall Street Journal. Mehta began her career as a business reporter at The Virginian-Pilot in Norfolk, Virginia. She received a BA in English and an MS in journalism from Northwestern University. A Chicago-area native, she now lives with her husband and two daughters in Scarsdale, New York.