Asia Society at the Movies: My Name Is Negahdar Jamali and I Make Westerns | Asia Society Skip to main content

Asia Society at the Movies: My Name Is Negahdar Jamali and I Make Westerns 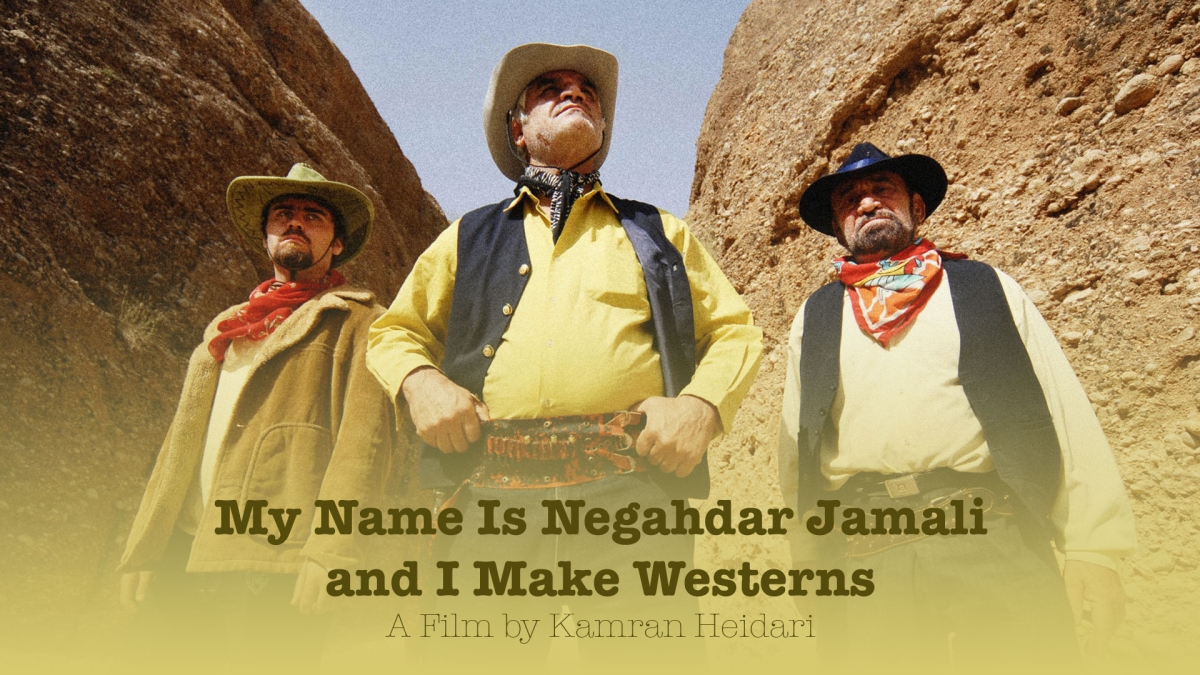 On April 23 at 2 p.m., there will be an in-person screening at Asia Society New York located at 725 Park Avenue. As part of the "So You Think You Know Iran" film series, enjoy two in-person screenings and a panel discussion with Ahmad Kiaorostami and Godfrey Cheshire.

“My name is John Ford and I make Westerns.” This is how John Ford introduced himself at the American Film Directors’ Association gathering. Negahdar Jamali, an Iranian from Shiraz, introduced himself the same way when director Kamran Heidari first met him, without knowing John Ford that well: “My name is Negahdar Jamali and I make Westerns.” He introduced himself with self-confidence and without any weakness in his statement—not in the Monument Valley or in the Grand Canyon, but in Shiraz and the deserts surrounding the city. Under hard conditions, Jamali has been making Western films continuously for the past thirty-five years, and in this documentary, Heidari presents Jamali’s struggle with his family, friends, society, and others to make what he likes the most in his life: Western movies.

Join Asia Society at the Movies for a weekend-long screening of My Name Is Negahdar Jamali and I Make Westerns.

Outside of the above viewing window, My Name Is Negahdar Jamali and I Make Westerns is available to watch with a Docunight subscription.