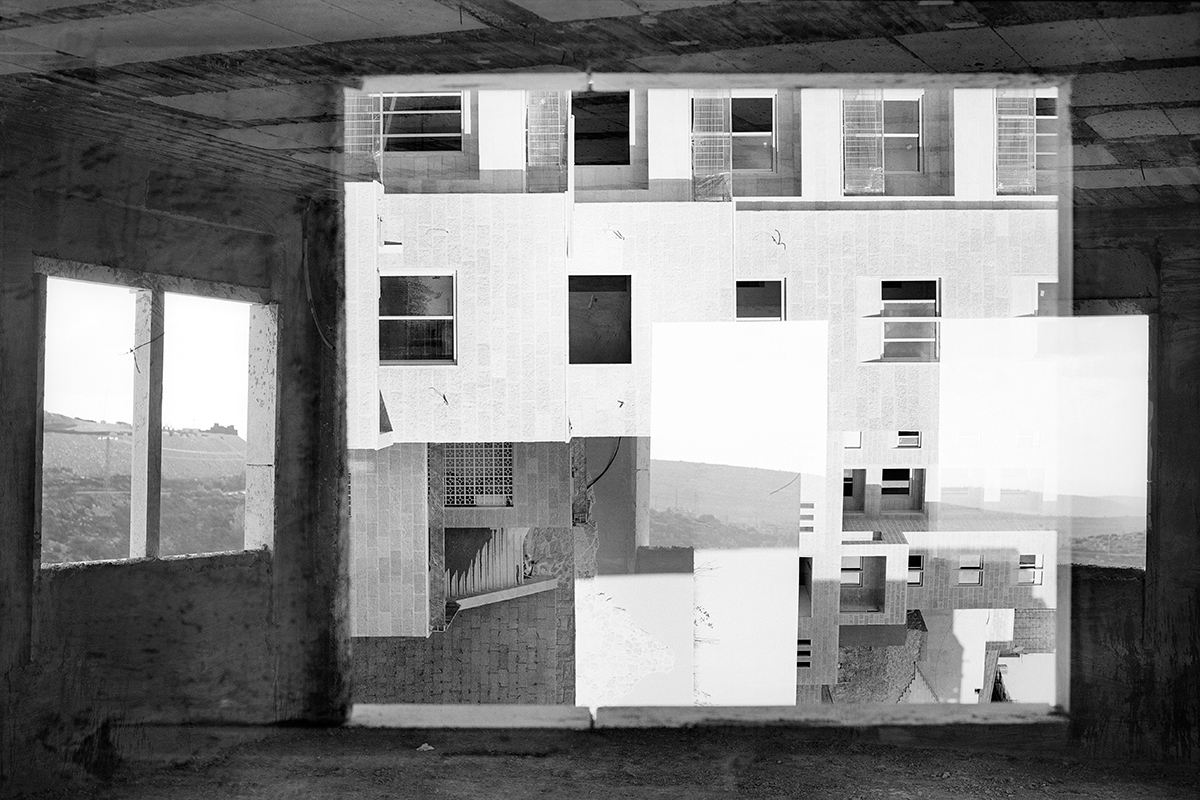 In 2015, the New Museum presented "The Great Ephemeral," an exhibition responding to the “speculative nature of the global market, both by exploring its intangible, even emotional, aspects and by offering clear-eyed commentary on its inequalities.” The exhibition was curated in collaboration with Meiya Cheng of Taipei Contemporary Art Center (TCAC), a platform dedicated to artists, curators, scholars, and cultural activists. The following presents perspectives from Cheng and Lauren Cornell, Johanna Burton, and Sara O’Keeffe of the New Museum.

How was the partnership for this exhibition initiated, and what were your initial goals?

Lauren Cornell: During my research for the New Museum Triennial, I visited Taipei and contacted Meiya Cheng, whose work as a curator and co-director of Taipei Contemporary Art Center I already admired. Meiya was incredibly generous: she set up a day of presentations by local artists, and invited me to share my work as well. It was a meaningful exchange, and I continue to follow the careers of many of the artists I met that day. I was also impressed by the vitality of TCAC’s program and how its collective management—the organization is run by a large group of artists and a handful of curators—creates a true alternative to the ethos and programming of other local art institutions. Following my visit, I invited Meiya to be a curatorial advisor for the Triennial. In this role, she suggested artists for consideration, and then, later, when Johanna, Sara, and I were considering an organization to partner with and have in residence, through the Museum as Hub program, I put forward TCAC, and all were enthusiastic.

Meiya Cheng: I was TCAC’s chair when I met Lauren in Taipei, and one of TCAC’s missions is to connect curators and their research interests with local artists. We’ve experimented with different methods, from private dinners/gatherings with artists to public presentations/talks, and tried to create meaningful and deep dialogues. Lauren stopped over in Taipei for just two days, but she spent more than eight hours with artists and held non-stop conversations, not only giving feedback for the artists’ presentations but also sharing with us her curatorial interests. The event provided an occasion for artists and curators to exchange their ideas with each other. We often exchange our interests in art only on specific occasions, like an exhibition or a public event, but sometimes sharing our ideas or even confusion about art, without any designed purpose, can be the most interesting.

I was surprised that Lauren invited me to be the curatorial advisor of the Triennial. In Asia we normally have a bunch of established and prominent curators as advisors, in particular for museums or biennials. Some friends asked why I’ve been offered the chance to work with the New Museum, and I said it all started from a long conversation about art. The reason seems too simple and straightforward, but it’s true.

What are the unique elements each party brought to the partnership?

Johanna Burton: What was really exciting for all of us was that, while TCAC and the New Museum are very different kinds of institutions and are seated in very different locales, we had been considering some shared ideas. In the Education and Public Engagement department, I had initiated a consideration of the theme of speculation, and Lauren mentioned that this was a topic that Meiya and TCAC had deeply considered too. The synergy was interesting, and it was in the spirit of Museum as Hub collaboration to make such a dialogue visible. What quickly became clear was that, despite this shared thread, we approached things very differently. This created some challenges—we were used to working at different scales, and with different time-frames—but ultimately the negotiations meant we approached our mutual project with a perspective we couldn’t have had otherwise. TCAC, as a kind of grassroots organization that was created to fill a very real gap, brought an on-the-ground urgency. Meiya’s deep ties to her context, and to global conversations, meant that she insisted we pay attention to how certain language, for instance, was taken for granted in some arenas but not in others. For our part, the New Museum has long been dedicated to thinking through how to present international art and artists without parachuting them into a narrow New York context. I think we were very diligent about making space for divergent perspectives without losing legibility.

MC: For curators or artists outside of New York City, it is sort of difficult to realize a project there. So many interesting things, projects, and ideas have already been done, researched, and presented, and a lot is ongoing. I started to ask, “What could be done, after so much has been done?” But then, I guess the purpose of Museum as Hub wasn’t about presenting something better but about presenting something unfamiliar, or even contradictory, to the context and logic of New York City. The theme of speculation that Johanna has initiated is perfect for this collaboration; it’s a global phenomenon, and it concerns us all. It’s the solid ground for us to start a dialogue and a collaboration. Even though we are in different contexts and the way we articulate the issue might be different, the position where we stand is not so far away from each other.

What did the planning process look like, and how long did it take, from the initial conversation until the opening of the exhibition?

Sara O’Keeffe: As Lauren has mentioned, we had been in conversation with Meiya for a year as a curatorial advisor for the Triennial before inviting her to curate a show at the museum, and we had been closely following her research on artist economies for some time. This research manifested itself in the exhibition "Trading Futures" at the TCAC in 2012: a group show of artists examining systems of labor, value, consumption, and desire, as well as an exciting series of discursive programming around the exhibition, which we were able to access through conversation transcripts published online. Our dialogue organically began with this research and unfolded over the course of a year. Many of our conversations were about the local contexts the projects were springing from. As Johanna has said, the Hub program is focused on contextualizing artwork and understanding how it relates to larger social, political, and economic issues. Practically speaking, there were many Skype meetings, and we were fortunate that Meiya could come to New York on a few research trips to discuss the project in person. It’s always so different (and very welcome) to be in conversation in one room together!

What were the key challenges and benefits of partnering on this project? Was there anything surprising or anything you would have done differently?

LC: Sharing and debating ideas, across contexts, is generally the fun part. It was enlightening to engage in a conversation with Meiya about how the theme of speculation was being processed by artists in New York, Taipei, and elsewhere. The challenge, always, in partnering with other institutions is syncing institutional behaviors. We certainly stressed Meiya out, at points, with deadlines and idiosyncrasies of installation and space—things that are normal to us but that differ from the way TCAC works.

JB: The benefits were evident in the way our partnership immediately pushed both sides’ thinking and manifested a truly collaborative project. The challenges of an institutional partnership are obvious to some degree; you often simply don’t have as much time in person, in shared time and space, as you would need and want. Communication between international partners relies on Skype sessions, conference calls, and myriad emails. The intimacy around ideas demands a leap of faith. But this is also a benefit, and the negotiation can require a kind of trust we don’t always have in our field. I would have liked to have seen the same process repeated on the TCAC side, with some variation of the project manifesting in Taipei and the New Museum team working there. It would have been interesting to see how the mirror image of our activities might have led to a show at TCAC.

MC: The initial hope for this project was a deep and close collaboration between two institutions. But TCAC is a small-scale nonprofit organization in Taipei with limited staff and resources. The institutional support for this project is sparse, and most of the work and resourcing was done and organized by the New Museum and its team. I worked on this project more as a guest curator. The situation of TCAC isn’t unique among all artist- or curator-run spaces; most of them are unstable in terms of organizational structure, budget, and manpower.

Like Johanna mentioned, two of the participating artists in this show have had almost a year-long intensive discussion on site, and it certainly produced deeper connections and dialogues toward this project. The same working model might be the best situation for an international collaboration, but managing it within the limits of our time and resources is impossible. This is a common dilemma we face today; we can miss out on in-depth dialogues that could have happened, if we had our wish. Nevertheless, I believe one encounter leads to a future possibility, no matter what it is. It’s like how this project happened, in the first place: we had a long conversation on art without any specific purpose and later we worked together.

What advice would you give to institutions looking to undertake similar projects?

LC: Institutional partnerships require time and trust. Going into the project, I had implicit trust in Meiya’s vision. Still, time is a precious resource for multitasking nonprofit workers; we were fortunate to have had a year of preparation for the exhibition, and we are still collaborating on a publication, after its opening.

SO: Time is essential in this kind of collaboration, for a meaningful dialogue to develop both between curators and between institutions. It’s also true of our relationships with artists: many of the artists in "The Great Ephemeral" are those we have been in conversation with for years.

MC: Even now, I still know very little about New York City and the hundreds of the institutions there, even though I am lucky to have realized two projects in the past three years in the city. I believe there is not a formula in terms of collaborative model; it always varies depending on whom you work with and in which context. New York City has many complicated layers of cultural and art production, and each institution has to find its unique position in a competitive circumstance. People who work in it or with it have to confront the challenge. As an individual or an institution from outside, the best way might be to first learn the context from people and institutions you work with, and keep an open mind for the collaborations.