In and Out of Context: Asia Society Celebrates the Collections at 60 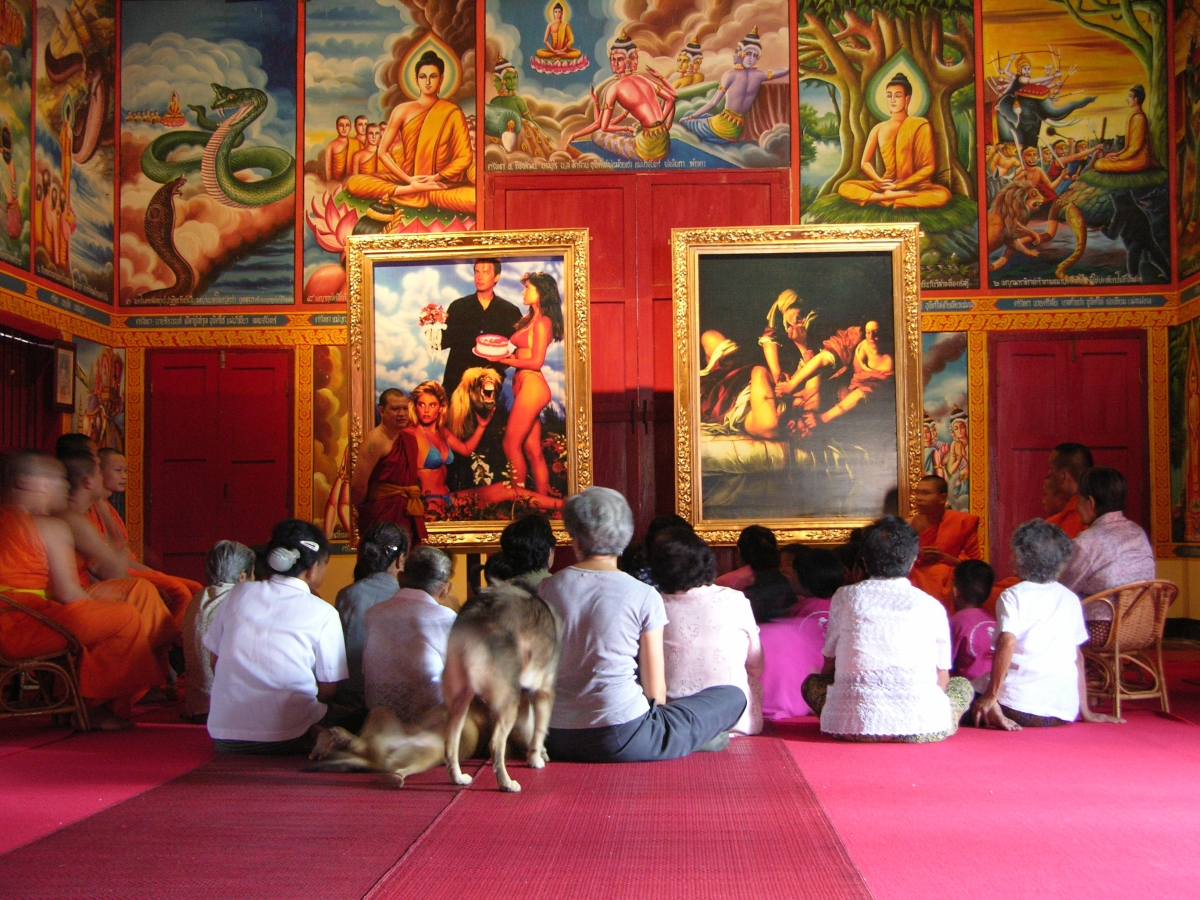 NEW YORK, March 8, 2016 — On the occasion of the 60th anniversary of the founding of Asia Society, "In and Out of Context: Asia Society Celebrates the Collections at 60," commemorates the legacy of collecting and exhibiting Asian art that John D. Rockefeller 3rd (1906–1978) and Blanchette Hooker Rockefeller (1909–1992) set in motion for Asia Society. Historical and contemporary works are juxtaposed to trigger distinctive ways of thinking about the artworks, their creators, and how they are displayed. The exhibition is on view at Asia Society Museum in New York from March 8, 2016 through December 4, 2016.

The exhibition aims to show the breadth and depth of creative expression and diverse cultural history within Asia, and to highlight how elements of the past continue to be present in much of today’s art. Traditional artworks included range from a 2nd to 3rd century head of a Buddha sculpture from Gandhara, Pakistan, to an Edo-period Japanese porcelain arita ware dish, to an ink on paper folio manuscript depicting the Battle Between Krishna and the Fire-Headed Demon Mura from the early 1500s. Contemporary works included are by artists such as Tseng Kwong Chi (b. 1950, Hong Kong; died 1990, New York), Wang Gong Xin (b. 1960, Beijing), Nalini Malani (b. 1946, Karachi), Mariko Mori (b. 1967, Tokyo), Araya Rasdjarmrearnsook (b. 1957, Trad), Ah Xian (b. 1960, Beijing), and Yang Fudong (b. 1971, Beijing).

Before John D. Rockefeller 3rd established Asia Society in 1956, he was deeply involved with the arts and culture of Asia. Rockefeller firmly believed that art was an indispensable tool for understanding societies, especially in Asia, and thus made culture central to the new multidisciplinary organization that would encompass all aspects and all parts of Asia. From 1963 to 1978, the Rockefellers worked with art historian Sherman E. Lee (1918–2008) as an advisor to build their collection. Together they assembled a group of spectacular historical works—including sculpture, painting, and decorative arts from East, Southeast, and South Asia, and the Himalayas—that became the core of the Asia Society collection of traditional art. This collection is distinguished by the high proportion of acclaimed masterpieces, to which additional high quality gifts and acquisitions have been added since the original bequest to Asia Society.

As a complement to these holdings, Asia Society inaugurated a collection of contemporary Asian and Asian American art in 2007. While the traditional collection began with a desire to create a better understanding among cultures, the impetus for the Museum’s collection of video, photography and new media art was to broaden understanding of Asia’s artistic production through works that demonstrate a savvy, and nuanced understanding of new technologies, many of which were first developed in Asia.