Asia Society Museum Presents 'Secrets of the Sea: A Tang Shipwreck and Early Trade in Asia' 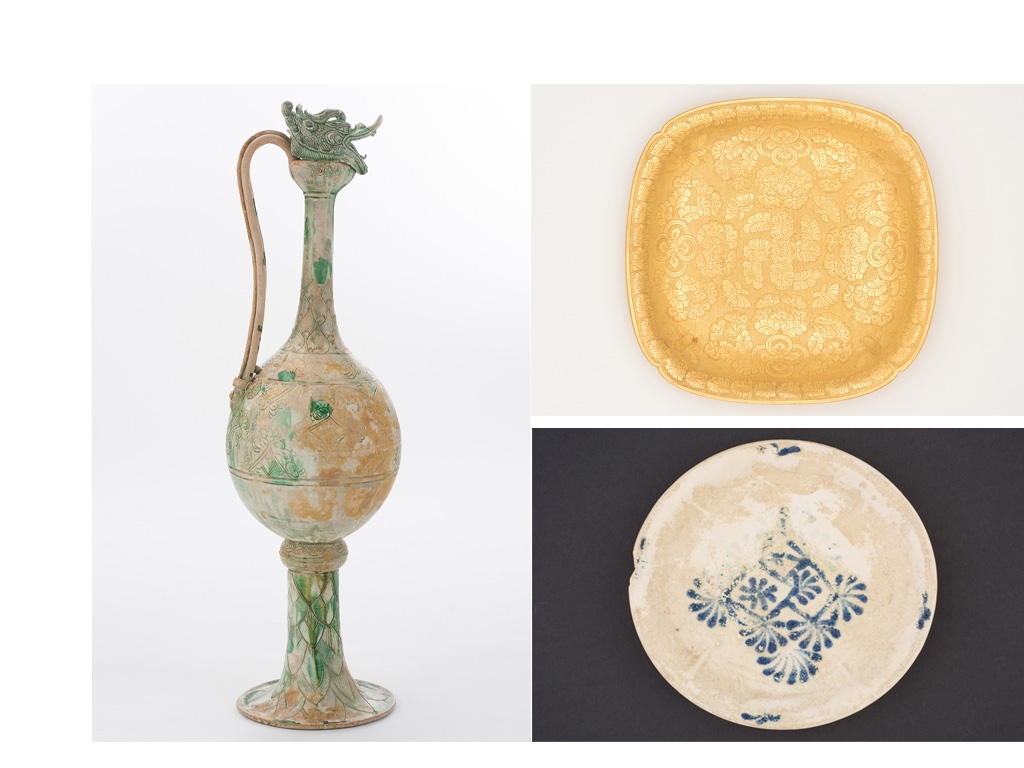 NEW YORK, December 9, 2016 — Asia Society Museum in New York presents a selection of 76 artifacts from a thousand-year-old shipwreck discovered in 1998 in Southeast Asian waters. On view for the first time in the United States, the objects are evidence of the robust exchange of goods, ideas, and culture between far-flung kingdoms in Asia during the ninth century. Secrets of the Sea: A Tang Shipwreck and Early Trade in Asia is on view from March 7 through June 4, 2017.

"The contents of the Belitung shipwreck testify to the scale and sophistication of contact between ancient Islamic and Buddhist peoples more than a thousand years ago. Secrets of the Sea presents some of the most important archeological revelations of the twentieth century,” said Boon Hui Tan, Asia Society Vice President for Global Arts & Cultural Programs and Director of Asia Society Museum. “By shining a light on the rich cultural and commercial links among Asia’s disparate ancient empires hundreds of years before the arrival of the Europeans to the region, this exhibition challenges widely held Eurocentric conceptions of globalization, migration, and trade in the region. It is proof that globalization is a very old concept in Asia.”

Secrets of the Sea: A Tang Shipwreck and Early Trade in Asia features precious cargo—bound for the Abbasid Caliphate, an empire that included present-day Iran and Iraq, and produced in China during the Tang dynasty (618–907)—including ceramics, gold and silver vessels, bronze mirrors, and other artifacts. Discovered in 1998 off of Belitung Island, Indonesia, the ship’s contents were miraculously protected from erosion and breakage by tight and ingenious packing as well as the conditions of the silty floor of the Java Sea. Until the discovery of this ship, it was believed that the Tang traded primarily through Central Asian land routes, mainly on the Silk Road. The discovery of the ship’s cargo confirmed the significant maritime trade route. Most of the works in the exhibition have never traveled outside Asia.

Highlights in the exhibition include a magnificent ewer and other glazed stoneware objects with copper green splashes over white slip, which were highly desirable in the Middle East, also known as West Asia, from the largest cache of this type of ware recorded to date. A Chinese blue-and-white stoneware dish, with a lozenge motif that was common in West Asia, is one of three from the shipwreck. Created around 830, they are some of the earliest known complete examples of Chinese blue-and-white ceramics. The cobalt-blue pigments used, imported from the Abbasid Caliphate, had previously been found only in that part of the world and had not yet appeared in China. The exhibition also boasts rare and imperial-quality silver boxes and gold vessels, which are thought to have been used in trade negotiations and as diplomatic gifts.

"The artifacts exhibited will expose American audiences to the rich narratives of the two great trading powers of the ninth century—Tang China and the Abbasid Caliphate—and highlight ancient Asia’s early advances into industrial production for the export market,” noted Kennie Ting, Director of the Asian Civilisations Museum, Singapore.

The exhibition begins with an exploration of the shipwreck’s 1998 discovery—by fishermen in shallow waters—that includes color photography of the wreck and documentary video footage. The show goes on to consider the rise of early global trade in Chinese goods, particularly blue-and-white ceramics, and advances in mass production, as well as the appetite in Southeast Asia and West Asia for luxury exports from China.

Secrets of the Sea: A Tang Shipwreck and Early Trade in Asia is jointly organized by Asia Society and the Asian Civilisations Museum, Singapore. Objects are from the Khoo Teck Puat Gallery, Asian Civilisations Museum, Singapore. The Tang Shipwreck Collection was made possible by the generous donation of the Estate of Khoo Teck Puat in honor of the late Khoo Teck Puat. A richly-illustrated book by the Asian Civilisations Museum accompanies the exhibition, and includes scholarly essays on the background and historical context of the Belitung and other shipwrecks in Southeast Asia, China’s maritime exports in the late Tang period, and the role of Arab traders along the Spice Route during the late first millennium. The curator of the New York exhibition is Adriana Proser, John H. Foster Senior Curator for Traditional Asian Art at Asia Society.

A number of related programs have been organized to coincide with Secrets of the Sea, including:

Secrets of the Sea: A Tang Shipwreck and Early Trade in Asia is made possible by the generous support of Oscar Tang and Agnes Hsu-Tang, Ph.D. Major support for this exhibition is provided by the Mary Griggs Burke Fund; the Singapore Tourism Board; the National Heritage Board, Singapore; and Lisina M. Hoch.

About the Asian Civilisations Museum

Located by the historic Singapore River, the Asian Civilisations Museum (ACM) is devoted to preserving the cultural heritage of Asia, especially the ancestral cultures of Singaporeans. These include China, Southeast Asia, India, and the Islamic world. More recently, the museum has focused on the long historical connections between cultures. As one of the National Museums of Singapore under the National Heritage Board, the Asian Civilisations Museum seeks to promote a better appreciation of the rich history that has created Singapore’s multi-ethnic society. For more information, visit www.acm.org.sg.