Kyrgyzstan: A Cautionary Tale for Revolutions 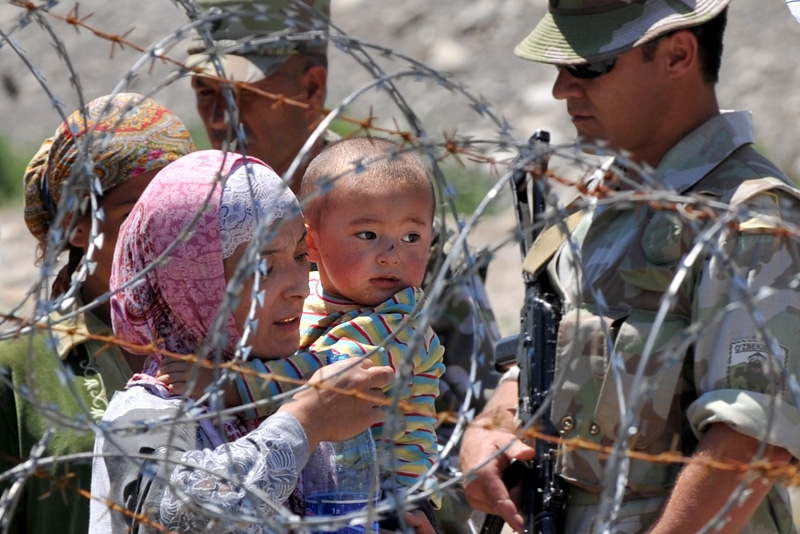 As a rash of popular uprisings shook the Middle East, there was a humble suggestion that the trend originated in Kyrgyzstan, a small Central Asian nation known to the world chiefly as the stage of two near-identical revolts in the space of five years. Protesters shouted "Ketsin!"—Kyrgyz for "Go Away!"—as they chased out two consecutive dictators. Watching the Arab unrest last month, a prominent Kyrgyz politician coined a new term. "The Kyrgyz ketsinism is becoming a global phenomenon," he concluded.

Regardless of whether Kyrgyzstan can really claim people power as its unique cultural export, the country’s experience does provide a cautionary tale for aspiring revolutionaries world-wide. For one thing, overthrowing a dictator doesn't mean democracy and better life will inevitably follow.

In Kyrgyzstan, the 2005 revolt dismantled one corrupt regime only to pave the way for another that quickly became more brutal and corrupt than its predecessor. Five years later, almost to the day, protesters overthrew their government again. In the chaotic aftermath of the 2010 revolt, Kyrgyzstan erupted in bloody ethnic clashes that took hundreds of lives and poisoned relations between the Kyrgyz and the minority Uzbeks.

On a recent trans-Atlantic flight, I caught up with Kyrgyzstan President Roza Otunbayeva and asked her to reflect on her country’s tumultuous decade. After 2005, "we were all deceived and ended up marginalized," Otunbayeva, who helped lead both Kyrgyz revolts, told me. "But the people had enough willpower and strength do to it again." She continued: "We couldn't allow these monsters to keep sitting on our thin neck that was already bleeding." In her telling, both Kyrgyz uprisings were two steps in the same painful process of getting rid of a corrupt dictatorial system.

Though she didn't use the word ketsinism, Orunbayeva considered Kyrgyzstan to be "a precursor, in a certain sense" of the events in the Middle East. In its sweep and historical importance, she likened the current chain of uprisings to the process of ending the colonial rule across the developing world.

I asked Otunbayeva if she had any regrets, and she said she wished she had done more to prevent or limit the ethnic bloodbath in Southern Kyrgyzstan. The interim government that she chaired at the time was too weak, splintered and overwhelmed to act decisively to intervene in the clashes. Ethnic tensions in the south had festered for years. The power vacuum after the 2010 revolution brought out the provocateurs, criminal elements and remnants of the old regime all interested in igniting the powder keg.

"I regret that we couldn't see the problem in all its depth and breadth," Otunbayeva said. When we spoke, she was flying to Washington, D.C., to collect the U.S. State Department's Women of Courage award. But in a sign of just how poisoned the relations between the Kyrgyz and the Uzbeks have become, a prominent Uzbek human-rights defender and an earlier recipient of the same prize returned her award in disgust.

Otunbayeva lamented the rise of Kyrgyz nationalism but nonetheless tried to emphasize what she considered real achievements of the revolution: a competitive and open parliamentary system and a free and boisterous press. The previous two presidents in Kyrgyzstan's brief history as an independent state had to flee the country after the revolts. There's a joke in Kyrgyzstan about those two ousted leaders getting together for lunch. One asks the other to go get more food. Why? Because Otunbayeva could be landing at any moment to join them for lunch.

In real life, Otunbayeva plans to cede power peacefully, which would make her the first Kyrgyzstan leader able to do so. She already announced she won't seek re-election later this year. I asked her what she intended to do in retirement, whether the idea of just sitting on the couch and watching television had any appeal. In response, she paraphrased something she’d read by Eleanor Roosevelt. "I would never be content just sitting by the fireplace and reading a book." In fact, Otunbayeva said, she's considering writing a book of her own.

Philip Shishkin is a Bernard Schwartz Fellow at Asia Society and a former foreign correspondent at the Wall Street Journal who recently returned from an extended trip to the region. He'll be participating in a discussion entitled "The Future of Central Asia: A New Great Game?" on March 17 at the Asia Society in New York.