"The Freer Gallery of Art and its Japanese Art Collection" 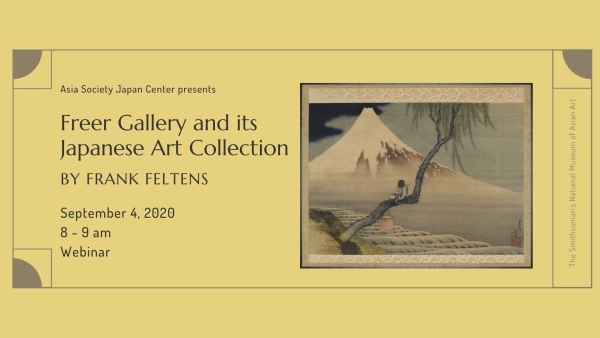 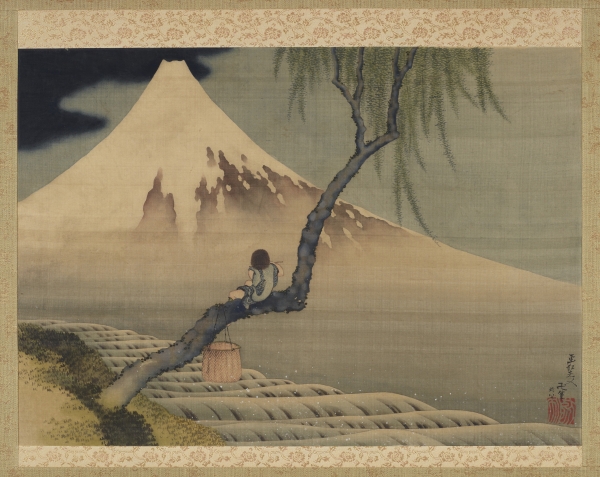 "The Freer Gallery of Art and its Japanese Art Collection"

This webinar was the first of series of presentations featuring Japanese and Asian art collections located outside Japan. Dr. Frank Feltens introduced Charles L. Freer and his collection in his initial remarks:

The Freer Museum opened in 1923 founded on the collection of Charles Lang Freer, an industrialist and collector who inarguably brought together one of the most significant collection of Asian art outside Japan. Freer was born in Kingston, NY to a family that was far from wealthy. He left school when he was in seventh grade to enter the business world and became a successful and wealthy man, making most of his money in Detroit. His work in the railroad business gave him many opportunities to travel around the United States, including to New York, and in his travels he was exposed to the art of James McNeil Whistler whose etchings and drawings he was drawn to. This contributed to an early formulation of Freer’s eyes, how he looked at art and thought about the hands of an artist being incredibly important to his works – an artistic sensibility that is reflected in his collection.

When Freer left his collection to the Smithsonian Institution, it contained no Japanese prints, which was extraordinary of a collection of his time. Reportedly, he purchased his first Japanese painting around 1887. Japanese art was the first non-Western area of art that he delved into. As he collected Japanese paintings, he followed his interest in the hand and brushwork of an artist that he had honed by collecting Whistler’s works.

In 1895 he made his first visit to Japan as a tourist. Freer had a tendency to purchase whole collections rather than individual pieces. He moved into acquiring more gorgeous and important pieces, starting with Rinpa works. He was in part influenced by Ernest Francisco Fenollosa, from whom he bought Hokusai’s “Boy viewing Mt. Fuji.” Freer also collected what would have been contemporary art of his time. One piece is “Hibo Kannon,” which imagines the bodhisattva Avalokiteshvara as an avatar of the Mother Mary by Kano Hōgai who was at the forefront of modernizing Japanese art, inspired by Fenollosa.

The Smithsonian Institution, being focused on the sciences in the early 1900s, was initially reluctant to accept Freer’s collection and funds to build a museum for it. However, when Japan became the first non-Western power to defeat a Western nation in the Russo-Japan War (1904-1905), the U.S. President Theodore Roosevelt realized that the event to mark a significant geopolitical shift. He believed that in order for the U.S. to prevail, it would be important to understand Japan’s culture. He acknowledged that Freer’s gift was of national importance and urged the Smithsonian to accept it in 1906.

Freer’s next trip to Japan was as a philanthropist with deep connections to the Smithsonian. He met major business people, including silk manufacturer Hara Tomitarō. After he sealed the deal with the U.S. Government, he started to make large purchases of important pieces, now that he had a place to permanently house his collection. He not only brought pieces home from Japan but bought from collectors and art dealers in the U.S. and elsewhere. Today, the Freer Collection continues to grow through gifts and purchases.

The current exhibition at the Freer Gallery of Art is: “Hokusai: Mad about Painting.” The Gallery possesses the world’s largest collection of Hokusai’s sketches, drawings and paintings. “One Hundred Poets, One Verse Each, as Explained by the Nurse: Fujiwara no Asatada” was acquired by Freer, who assumed (probably correctly) that each stroke had been done by Hokusai himself. Freer was very conscious of the workshop practice in making traditional Japanese art, which was similar to the Renaissance. “The Woodcutter and Fisherman” (1849), acquired from a descendant of one of Hokusai’s last pupils, is one of the artist’s very last works, produced at the age of 90, as written in rather shaky brush strokes. The woodcutter and fisherman illustrated seem content and satisfied with their day of work.

The museum has filtered natural light entering the galleries and thus pieces can be enjoyed in a different light depending on the time of day or the season. This allows pieces to be seen in a light close to how they were intended to be seen, as Japanese art is produced to be seen in a gloomy light in the dark chambers of Japanese architecture.

A monument of Charles L .Freer erected by Masuda Takashi can be found at Kōetsuji Temple. This speaks of his recognition in Japan and his personal connection to the country. It was only in Japan that he encountered other self-made industrialists outside the Western sphere.

Following his initial remarks, the audience was invited to ask Dr. Feltens questions. Discussions covered the composition of the Freer Collection, collection practices, including how decisions are made on accession of objects to the collection, and Freer’s particular interest in Hokusai’s works.