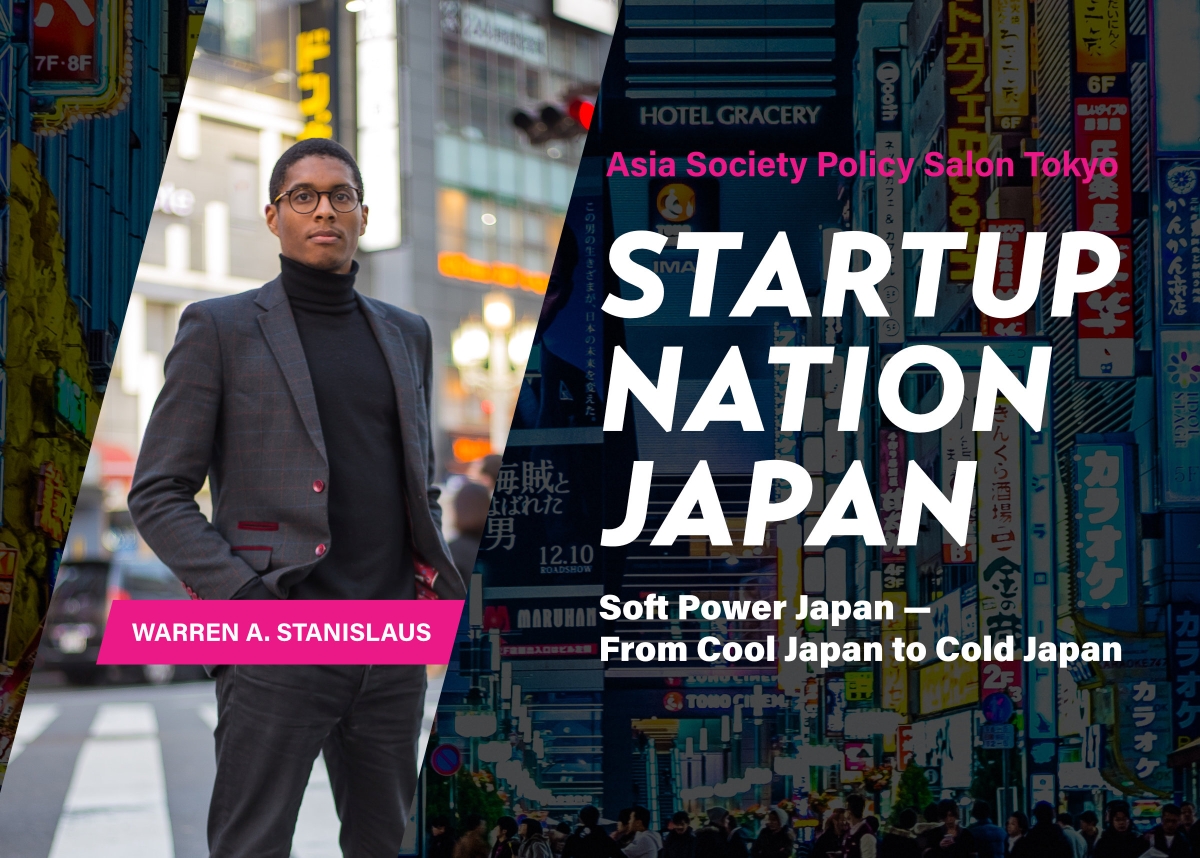 From Anime to Zen, we know a lot about the story of Japan’s emergence as a global cultural superpower, and even the vicissitudes of government-level ‘Cool Japan’ campaigns intended to leverage the widespread fascination with Japanese pop culture for soft power and economic gains. By contrast, we know a lot less about the intricacies of the whys, hows, and who, of the transnational consumption of Japanese pop culture. In this talk, University of Oxford researcher, Warren A. Stanislaus, proposes to disrupt existing understandings of Cool Japan by revealing that for some – Japan isn’t just cool, it’s ‘Cold’. Exploring the case of Grime music in the UK, Warren reveals how Japanese pop-cultural artifacts have been remixed, disassembled, and refashioned by Black Britons for totally new purposes such as identity formation, expression, resistance, and empowerment. Cold Japan ultimately challenges us to reconsider why Japan matters in the 21st century and to whom.

This talk is adapted from Warren’s latest research, “From Cool Japan to Cold Japan: Grime Cyborgs in Black Britain,” published in the Japan Forum, a journal of the British Association for Japanese Studies. Released online in February 2022, the article has already reached the top 15 ‘Most Read’ articles on the journal website.

Warren A. Stanislaus is a PhD Candidate at the University of Oxford’s Faculty of History. He teaches transnational and cultural history as an Associate Lecturer at Rikkyo University where he developed the popular course, “Afro-Japanese Digital Visions.” Warren received a BA in Liberal Arts from ICU and an MPhil in Japanese Studies from Oxford’s Nissan Institute. Originally from South East London, he has spent 12+ years in Tokyo and speaks fluent Japanese and advanced Mandarin Chinese. Previously, he worked at Asia Pacific Initiative, a Tokyo-based think tank, where he was staff director for an international research project on Japan’s soft power. In 2019, he was named No.3 in the UK’s Top 10 Rare Rising Stars awards. In his spare time, Warren enjoys hosting networking events as President of the Oxford Alumni Club of Japan, DJing in Tokyo bars, mentoring, and learning jazz piano and golf. Follow @warren_desu and warrenstanislaus.com.