Security Challenges in the Indo-Pacific: A JASDF Perspective 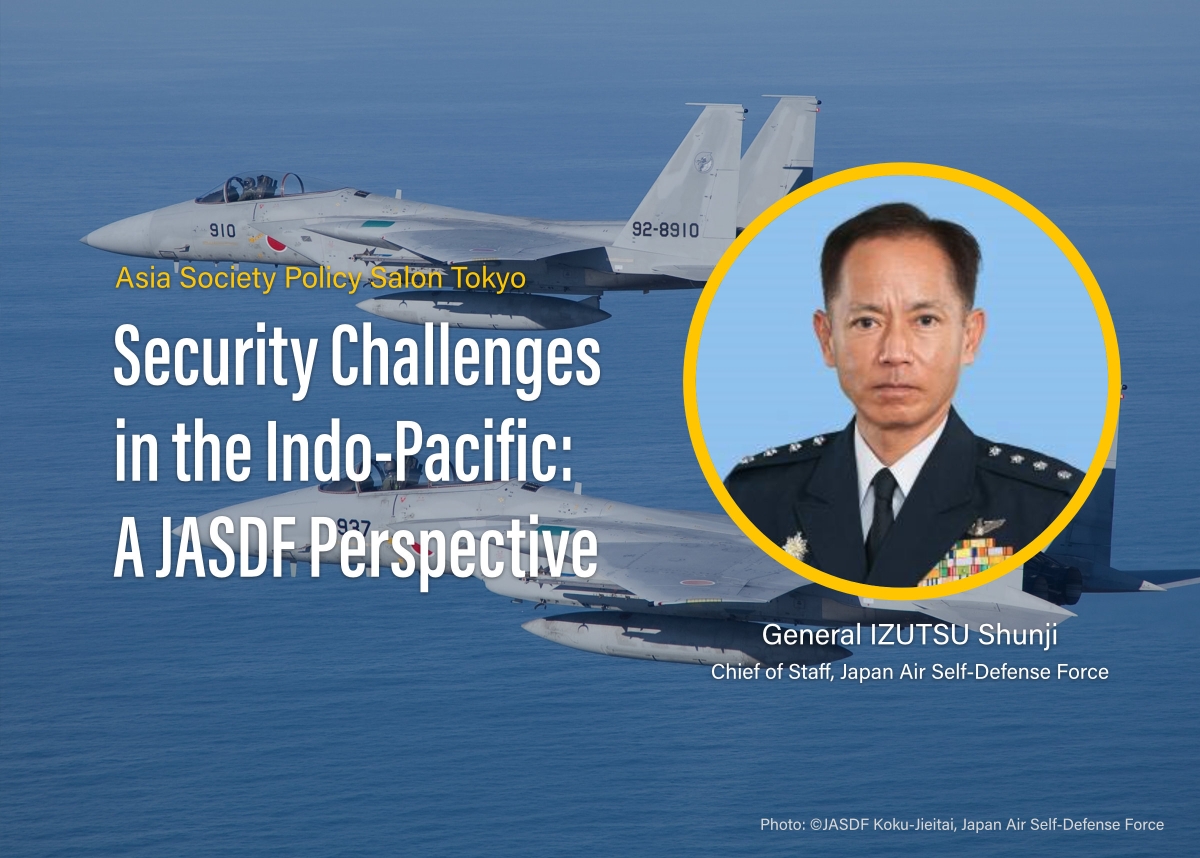 The “Free and Open Indo-Pacific” vision has been the centerpiece of Japan’s foreign policy since the Abe administration, As the war in Ukraine unfolded, there has been growing concern in Japan about a possible “spillover effect” to a wider region, possibly to the Indo-Pacific. Is Japan’s Self - Defense Forces, together with its alliance partner, prepared to face security challenges in the region? What developments can we look for in the new National Security Strategy scheduled to be reviewed by the end of this year?

At this critical juncture, we are honored to host General IZUTSU Shunji, Chief of Staff of the Japan Air Self - Defense Force, for a special in-person event in Tokyo.

Please join us to learn from and engage with General IZUTSU.

General IZUTSU Shunji assumed duties as the Chief of Staff, Koku-Jieitai (Japan Air Self - Defense Force) on August 25, 2020. As the highest-ranking officer in the Koku-Jieitai, he leads a force of some 50,000 service members and civilians.

He is a native of Chiba Prefecture and a graduate of the National Defense Academy.  He studied at the US Air Force’s Air Command and Staff College and Harvard Kennedy School, earning his Master’s degree in Public Administration.