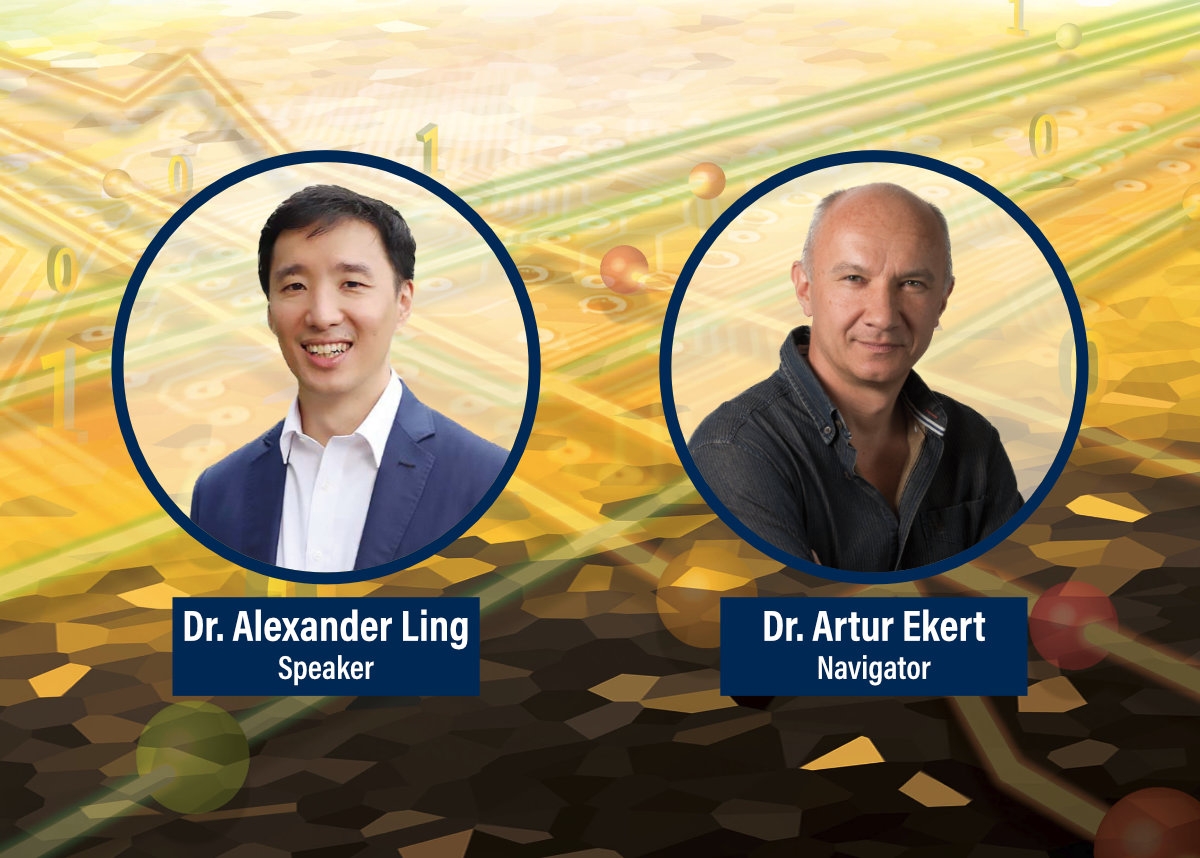 Asia Society Japan and Okinawa Institute of Science and Technology (OIST) will jointly launch the OIST & ASJ Quantum / Cyber Security Seminar Series, exploring different aspects of quantum technology and its future impact. World-renowned quantum scientists from all over the world will be invited to navigate us through the important developments. Our first speaker is Dr. Alexander Ling, who is the Director of Quantum Engineering Programme at the Centre for Quantum Technologies in Singapore. Dr. Artur Ekert is the navigator.

Dr. Ling’s presentation is titled, “Satellite Quantum Communication and Impact on Cyber Security”. He notes — Progress in quantum computers could undermine the privacy and security of digital communications by enabling the public key infrastructure to be cracked. Global efforts have been launched to build communication systems that are “quantum-safe”. One approach is to derive encryption keys from quantum signals that are distributed across a network. In this talk, I will discuss how Quantum Key Distribution (QKD) can be performed, and why satellites should play a role when building a global system for QKD. I will also share some of the latest results obtained from the SpooQy-1 satellite that has been testing QKD components in space since 2019.

Alexander Ling is Principal Investigator at the Centre for Quantum Technologies. He leads a research team that is studying techniques for entanglement distribution, an important component of building a future quantum internet. His team has demonstrated entangled photons in space using small satellites, and also tested entanglement-based quantum key distribution across Singapore's deployed fiber network. He is currently Director of Singapore's Quantum Engineering Programme that funds projects aimed at translating quantum technologies into meaningful applications.

Artur Ekert is one of the best-known pioneers of quantum cryptography. He works as Professor of Quantum Physics at the Mathematical Institute at the University of Oxford, as a Professorial Fellow in Quantum Physics and Cryptography at Merton College, Oxford, and as the Lee Kong Chian Centennial Professor and the founding director of the Centre for Quantum Technologies (CQT) at the National University of Singapore. His research interests extend over most aspects of information processing in quantum-mechanical systems, with a focus on quantum communication and quantum computation. He has worked with and advised many companies and government agencies over the last decades. He is a recipient of several awards, including the 1995 Maxwell Medal by the Institute of Physics, the 2007 Royal Society Hughes Medal and the 2019 Micius Quantum Prize. In 2016 he was elected as a Fellow of the Royal Society.