Master Crafts of Japan: Redefining Crafting for Our Shared Future 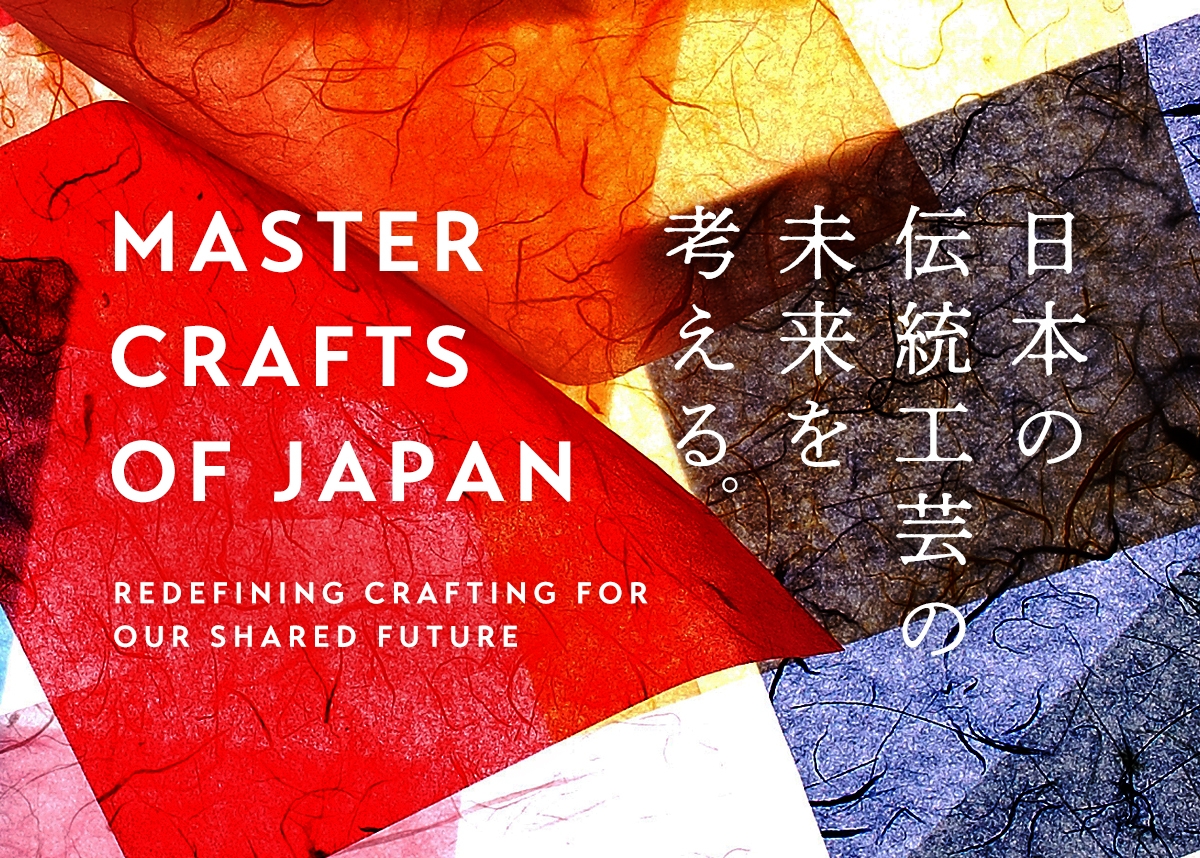 It is often said that Japanese traditional crafts are in danger of extinction, but there are also proactive movements to support them, such as the activities of JapanCraft21. The importance for the future of Japanese crafts to become more vibrant is to think in layers and broadly for example towards the overseas markets and international collector's activities and not just focus on the shrinking Japanese market.

This year's symposium will bring together activists who are making efforts to open up new markets for traditional crafts by connecting domestic and overseas markets.

Speakers will include those who are engaged in overseas sales and promotion of traditional Japanese crafts, domestic traditional craftspeople who are seeking overseas sales channels, and organizations that support such activities. The discussion points will include: What kind of traditional Japanese crafts are collectors at home and abroad looking for today? What kind of crafts is being sought after? Is there a potential for master crafts as art? What are the important points for promoting Japanese traditional crafts overseas (translation, more background commentary, etc.)? These and other points will be discussed.

Robert Yellin has been living in Japan continuously since 1984. He's been looking at pottery every day since then. First he started out as a collector, then since there was barely any information in English he landed a column in the Japan Times titled Ceramic Scene that he wrote for a decade, he also had two columns in Japan's leading ceramic magazine Honoho Geijutsu. Other essays have been in Ceramics Art and Perception, Asian Art Newspaper, Wings (JAL), among others. He's lectured at Ashmolean Museum, Oxford, Yale Art Museum, Los Angeles County Museum of Art, NYU, Denver Art Museum, Japan Society, NYC, Palazzo Bricherasio, Italy among other places and recently Zoom lectures. In Japan, he’s appeared on NHK's Bi no Tsubo for Bizen and also made a video for the Ministry of Foreign Affairs called Takumi. In the late 1990s he started a web gallery — www.japanesepottery.com, then established a proper gallery in 2000 in Mishima, Shizuoka before moving to Kyoto to re-locate the gallery in 2011.

Steve Beimel is a Californian who has been involved with the Japanese culture since the early 1970’s. He is the founder of JapanCraft21, a volunteer organization dedicated to identifying viable but vulnerable traditional Japanese crafts and assisting in their revitalization. JC21 helped establish and currently funds Shinmachiya Juku, a free-of-charge school in Kyoto that teaches wood joinery construction to working carpenters. Steve recently retired from U.S.-based Esprit Travel and Tours, a Japan culture-focused tour company that he founded in 1992 (www.esprittravel.com). "My years at Esprit were very fulfilling and involved bringing together talented and gracious Japanese people with visitors from abroad." Steve has an M.A. in Applied Counseling Psychology. In 2016 he created A to B Seminars, assisting people in clarifying and attaining their personal and professional goals. Additionally, he maintains an A to B counseling/coaching practice. Steve lives in the Kyoto foothills with his wife of 39 years, Ritsuko, an ikebana instructor.

Born in 1972, Ms. Iwaseki graduated from the Faculty of Sociology at Hosei University in 1994. While she was in university, she worked at the family Gallery Sakuranoki and became the president in 2005.  In 2010, she established ARTBOND Inc. Together with the current representative director, Hideki Hayashida (former Commissioner for Cultural Affairs) she founded The Creation of Japan in 2013. Ms. Iwaseki is also a board member of the Kawamura Arts and Cultural Foundation, and a member of the Agency for Cultural Affairs' , "Research Project on Traditional Craft Tools and Raw Materials" from 2018 to 2020.

Mr. Tsutomu Horiuchi is Professor & Vice President of the Center for Social Investment of Tama University. He also serves as Executive Chairman & Director of Aquaignis Co., Ltd. since June, 2017.

As the Chief Financial Officer and Senior Executive Managing Officer of Mori Building Co., Ltd., he was also responsible for the operations of Mori Art Museum (MAM) and Academy Hills of Mori Arts Center. Prior to joining Mori Building, Mr. Horiuchi worked for Goldman Sachs Japan as Vice President of Legal & Capital Markets Department after his extensive career at the Industrial Bank of Japan group (current Mizuho Financial Group). Mr. Horiuchi graduated from The University of Tokyo, Faculty of Law in 1984, and received an LL.M. degree from Harvard Law School in 1988.

He is a member of several organizations including Japan Association of Corporate Executives, SKAL International Tokyo and New York Bar Association, and qualified as wine expert of the Japan Sommelier Association.