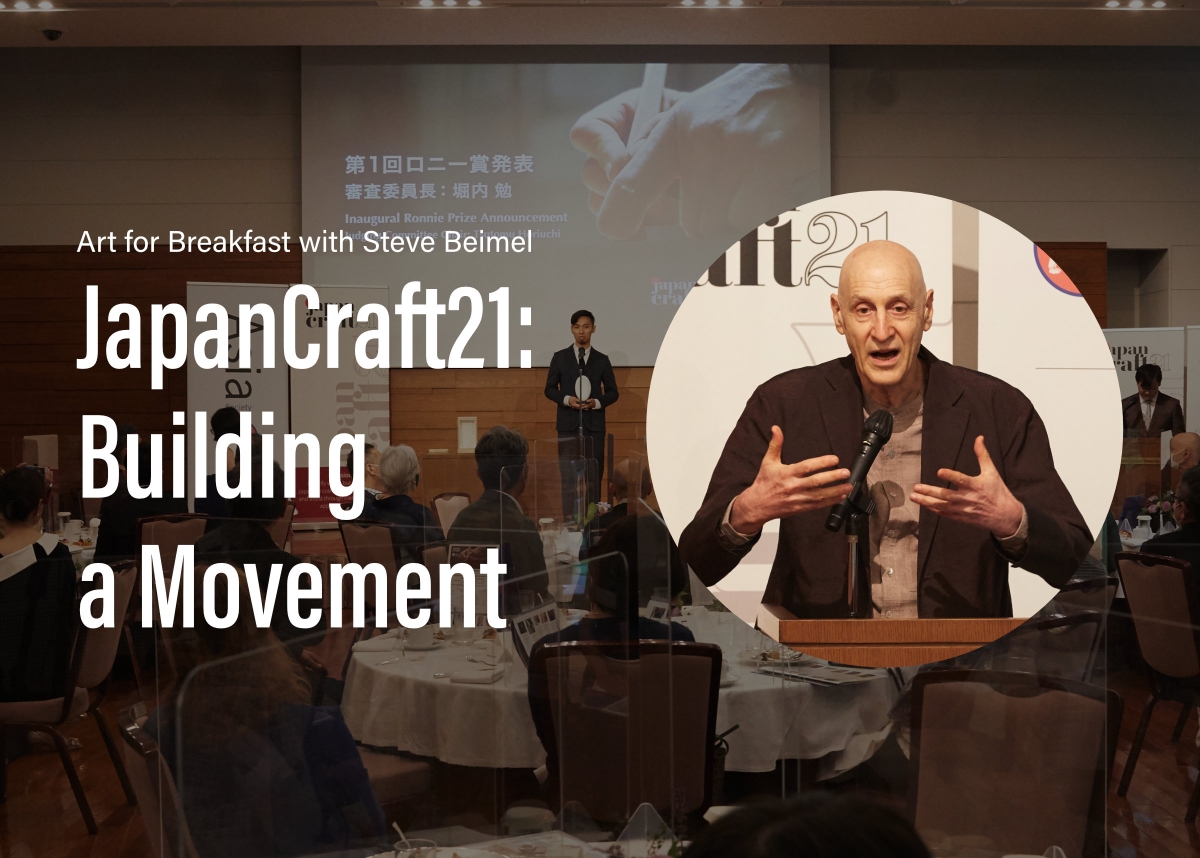 Japan's legendary Master Crafts tradition is rapidly disappearing. After flourishing for many centuries and being a leading inspiration for craftsmanship around the world, this revered cultural system representing some of the highest expressions of the human spirit may be gone within the next few short years.

In 2018, longtime Japan resident Steve Beimel gathered a few concerned friends and founded JapanCraft21, which Asia Society Japan Board Member, Jesper Koll, described as ''the beginning of a movement.'' After creating a school for teaching nearly forgotten traditional construction skills to young builders, they joined with the Asia Society Japan in 2020 to sponsor the Japan Traditional Craft Revitalization Contests to identify and support talented and passionate craftspeople in revitalizing their crafts for the 21st Century.

Join Steve for a hard look at the current situation around Japan’s Master Crafts tradition — why the system is faltering, what can be done to turn it around, and the actions that JapanCraft21 is taking.

Steve Beimel is a Californian who has been involved with Japanese culture since the early 1970s. He is the founder of JapanCraft21, a volunteer organization dedicated to identifying viable but vulnerable traditional Japanese crafts and assisting in their revitalization. JC21 helped establish and currently funds Shinmachiya Juku, a free-of-charge school in Kyoto that teaches wood joinery construction to working carpenters. Steve recently retired from U.S.-based Esprit Travel and Tours, a Japan culture-focused tour company that he founded in 1992 (www.esprittravel.com). "My years at Esprit were very fulfilling and involved bringing together talented and gracious Japanese people with visitors from abroad." Steve has an M.A. in Applied Counseling Psychology. In 2016 he created A to B Seminars, assisting people in clarifying and attaining their personal and professional goals. Additionally, he maintains an A to B counseling/coaching practice. Steve lives in the Kyoto foothills with his wife of 39 years, Ritsuko, an ikebana instructor.