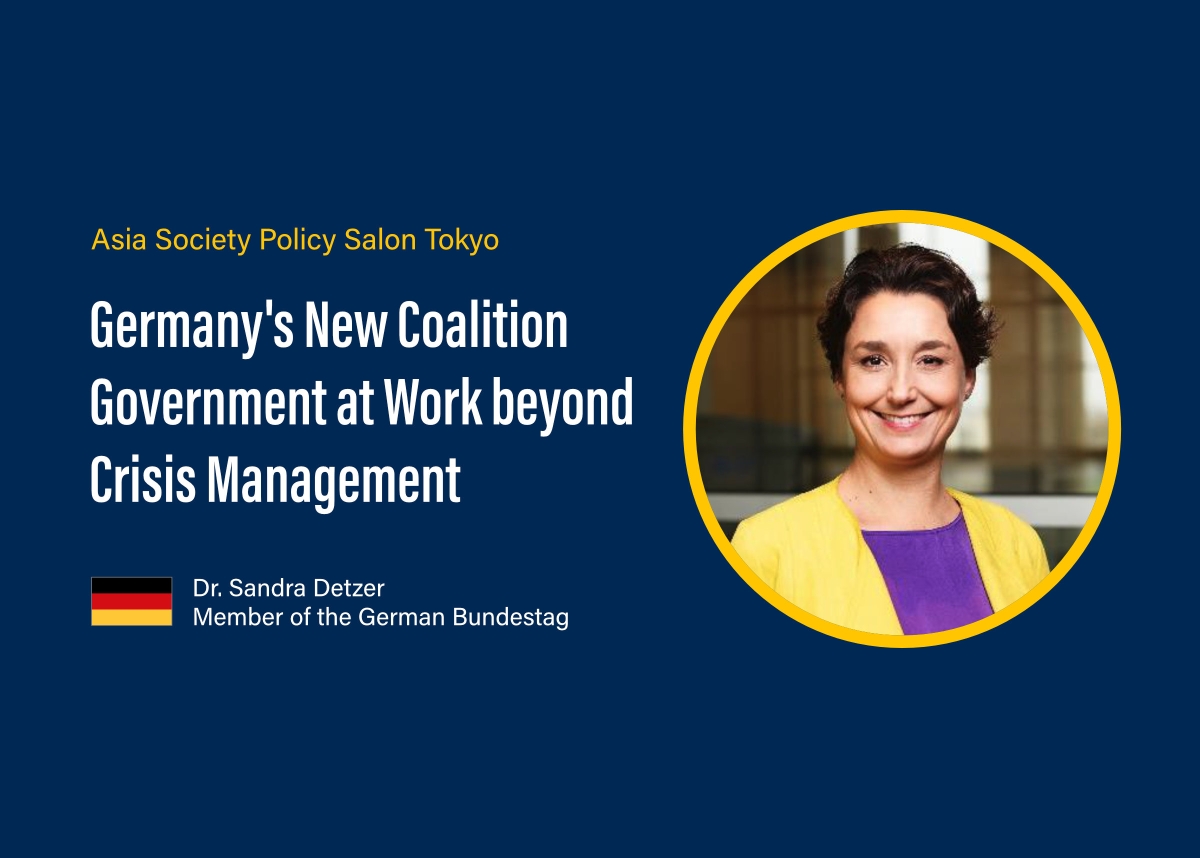 Germany stands at a crossroads. After successfully fulfilling the post-WW2 dreams of national unification at home and transnational integration of Europe, the Russia-Ukraine war is now forcing brutal new realities on Germany’s leaders. Business as usual is not an option, new priorities and strategies must be delivered almost immediately as the war fuels an energy crisis, an inflation shock, as well as a growing immigration and humanitarian challenge for society. The “Zeitwende” is real, fundamental change is all of a sudden not an option, but a forced reality.

How will Germany’s leaders respond? Can they muster the strength, do they have the vision, to seize back control and begin to lead Germany, and thus Europe, towards a brighter and better future?

We are honored to host in person here in Tokyo one of the senior leaders of the German Green Party, a member of the new German coalition government, to help shed some light on the priorities and possible direction Germany may choose. Dr. Detzer will be visiting Tokyo, where she is on an official fact-finding and friendship mission to boost German-Japan official relations and cooperation.

Please join us to learn from and engage with Dr. Sandra Detzer, Member of Parliament and outspoken expert and influencer from the Green Party.

May–August 2008
Fellow at the BMW Center for German and European Studies of Georgetown University, Washington D.C. and Institute of Intergovernmental Relations of Queen’s University, Canada