Biden and Asia: Perspectives From the Region | Asia Society Skip to main content

Biden and Asia: Perspectives From the Region

100 days in and looking ahead 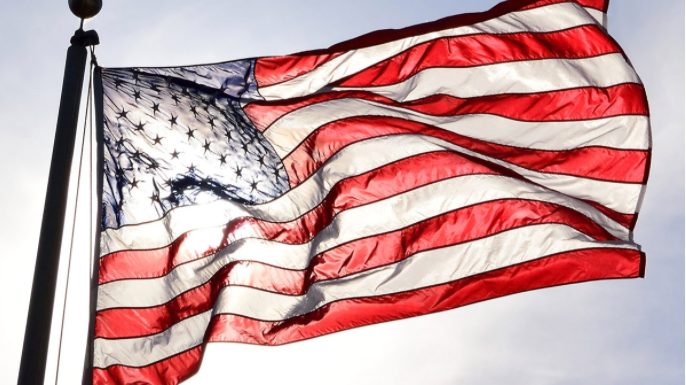 What have we learned about Biden’s priorities in his first 100 days in the White House? Is Washington’s approach to China shifting? Where is the US Indo-pacific strategy heading? And what is Asia’s view of this new administration?

100 days after Joe Biden’s inauguration as the United States’ 46th President, join us for a discussion on what has already been achieved and what still need to be done. Our panel of experts will review Biden’s first few months as President from an Asia-Pacific perspective and highlight the various impacts of this planned policies on the region.

According to its latest 5-year plan, Beijing plans to sustain pressure on the South China and East China Seas and use its economic leverage to secure alliances in the region. This strategy is based on the belief that the US’ influence is dwindling. But with Biden in power, how will the US’ military and defence priorities change in the Indo-Pacific region? Couple this with political uncertainty and rising illiberalism, how will strategic and defence objectives interplay with a US return to promoting democracy in the region? Join Bates Gill, Professor of Asia-Pacific Security Studies and Macquarie University and Scholar-in-Residence at Asia Society Australia, C. Raja Mohan, Director of the Institute of South Asian Studies, Yuka Koshino, Research Fellow for Japanese Security and Defence Policy at the International Institute for Strategic Studies (IISS) in London, Lynn Kuok, Shangri-La Dialogue Senior Fellow for Asia Pacific Security, International Institute for Strategic Studies (IISS), as they review the security and defence policies and priorities that will impact the region.

To recover from four years of Trump’s protectionism and defend its position as the world’s most open economy, the US will have to restore its leadership in multilateral institutions, re-enter the global trade order, and join the Paris agreement on climate change. Collaboration with China on climate change could also be an opportunity to gain international prestige and stabilise current tensions. Join Victor Andres Manhit, President of Stratbase/ADR Institute and Christine Loh, former Under-Secretary for the Environment at Hong Kong SAR, as they unpack Biden’s climate policies and the economic development project that will impact the region.

Phred Dvorak is a Senior Asia Correspondent for The Wall Street Journal, based in Tokyo. Recently, she has been looking into renewable energy in Asia and the amazing antics of SoftBank and Masayoshi Son.

Previously, she oversaw the Journal’s coverage of Asian markets and finance, as well as companies and business trends from Hong Kong. She was also deputy bureau chief in Japan. She joined the Journal in 1999 and has reported from Tokyo, San Francisco and Toronto, covering everything from Japan’s financial-system meltdown and U.S. executive compensation to polar bears and the downfall of the BlackBerry. Phred has a BA in American Studies from Yale University and masters in Journalism and Asian Studies from the University of California, Berkeley.

Dr Bates Gill has a 30-year career as a scholar, policy advisor and author, focusing on Asia-Pacific politics, foreign policy and security, with a particular focus on China and U.S.-China relations.

He has held leadership, research and academic positions with some of the world's leading institutions and universities, including the Brookings Institution, the Center for Strategic and International Studies, the Stockholm International Peace Research Institute, Johns Hopkins University, the University of Sydney, and the Australian National University.

He has published eight books and over 150 other publications.  His next book, on China's foreign policy under Xi Jinping, will be published by Oxford University Press in 2021.  His current research projects include a focus on the modernisation of Chinese strategic forces (nuclear, cyber, space) and how U.S. allies are balancing relations between China and America.

Yuka Koshino is a Research Fellow conducting independent research on Japanese security and defence policy with the IISS Japan Chair Programme. She also contributes to The Military Balance and provides analysis for research projects carried out by the Defence and Military Analysis Programme.

Prior to joining the IISS, Yuka served as a research associate with the Japan Chair at the Center for Strategic and International Studies, where she managed projects and provided independent analysis on US–Japan relations and US strategy in the Indo-Pacific region. She also has experience providing policy and business analysis on Asia's high-tech and defence industries at the Avascent Group and the Asia Group in Washington DC. She previously reported and published news stories on Japanese political, economic and business affairs at the Tokyo bureaus of the Wall Street Journal, the Economist and the Japan Times.

She holds a Master's in Asian Studies from the Edmund A. Walsh School of Foreign Service at Georgetown University and a BA in law from Keio University, where she completed an academic year at the University of California, Berkeley.

She is also affiliated with the Asia-Pacific Initiative in Tokyo as the inaugural Matsumoto-Samata Fellow.

The IISS fellowship has been made possible by support from the Asia-Pacific Initiative, Matsumoto-san, and Samata-san.

Dr Lynn Kuok is Shangri-La Dialogue Senior Fellow for Asia-Pacific Security at the International Institute for Strategic Studies. Her research focuses on the international relations, security and law of the Indo-Pacific, with a focus on the South China Sea dispute.

Dr Kuok is also Senior Research Fellow at the University of Cambridge. She is a former Brookings expert and has held fellowships at Yale Law School, Harvard Law School, the Harvard Kennedy School, the Center for Strategic and International Studies, and the Centre for International Law at the National University of Singapore. She served as Editor-in-Chief of the Cambridge Review of International Affairs and the Singapore Law Review. Her analysis has featured in a broad range of publications and she speaks regularly at international conferences and leading universities. She sits on the World Economic Forum’s Global Future Council on Geopolitics and was a Council Member on its Global Future Council on International Security.

Christine Loh is Chief Development Strategist at Hong Kong University of Science and Technology’s Institute for the Environment. Professor Loh has a long career in politics and public policy. She established a strong voice on a range of policies spanning environmental sustainability, good governance, equal opportunities, as well as the arts.

She founded the non-profit public policy think tank, Civic Exchange and was its first CEO. She was a legislator in Hong Kong; and Undersecretary for the Environment in the Hong Kong Special Administrative Region Government (2012-17). She is a lawyer by training and a commodities trader by profession before she became involved in full-time politics and policy.

Professor Loh is also well-known for her leadership work in convening multidisciplinary stakeholder engagements. She uses a set of skills, which she calls ‘Sustainability Tools’ to assist complex deliberations. Her major policy interests today include Asia achieving carbon neutrality by 2050-60, and US-China relations.

Professor Loh serves on the boards of CDP Worldwide, Global Maritime Forum, and Robert HN Ho Family Foundation. She is an advisor to HSBC’s Climate Advisory Panel, and BASF’s Stakeholder Advisory Council. She has published many academic and popular works.

Prof. Victor Andres “Dindo” C. Manhit is the Founder and Managing Director of the Stratbase Group and President of its policy think-tank, Albert del Rosario Institute for Strategic and International Studies or ADRi. Concurrently, he is Philippine Country Head of the renowned BowerGroupAsia (BGA), a strategic advisory firm that specializes in the Asia-Pacific.

Its 150+ employees and experts are based in 24 offices across the region, and maintain local and trusted networks, and intimate knowledge of decision-makers and experience in advising companies on their legislative and regulatory engagement, and strategic communications posturing.

He was a former Chair and retired Associate Professor of the Political Science Department of De La Salle University-Manila. He has authored numerous commentaries and papers on geopolitical issues, governance and political reforms.

He obtained his Master’s Degree in Public Administration and Bachelor’s Degree in Philippine Studies, Major in Political Science and History, from the University of the Philippines-Diliman. A member of Phi Gamma Mu International Honors’ Society Beta Chapter, he specializes in Strategic Studies and Management, Legislative Research, and Public Policy Analysis.

His research interest and field of specialization had led him to pursue active involvement in legislation, bureaucratic work, and civil society advocacy. Among the government positions he held include Undersecretary for External Affairs and Special Concerns of the Department of Education, Culture and Sports and Deputy Secretary for Administration and Financial Services of the Philippine Senate. Meanwhile, his legislative experience encompasses the 8th, the 9th, 10th and the 12th Congress as the Chief of Staff of the late Former Senate President Edgardo Angara and senior policy research adviser in key senate committees, such as Education, Agriculture, Economic Affairs, Social Justice and Electoral Reforms, and Constitutional Amendments and Revision of Laws. Since 1987, he has been involved in all national elections in different capacities, from policy consultancy to campaign strategy.

After his stint in government, he became involved with many different consortiums and networks of civil society groups—as Lead Convenor of citizen-led initiative, Democracy Watch Philippines, and Convenor of pro-industry group, Philippine Business for Environmental Stewardship (PBEST).

Similarly, his involvement with the distinguished Philippine Trade Foundation is aligned with the group’s commitment toward building a strategic and reformed business environment. His international reach is evident in his key role in the establishment of the U.S.-Philippines Strategic Initiative (USPSI) with the Philippine Eminent Persons Group, and is also an advisor to the Board of Asia Society Philippines, another cooperative organization, this time in the area of education.

Moreover, he was appointed as one of the ASEAN Regional Forum Experts and Eminent Persons (ARF EEPs) by the Department of Foreign Affairs.

Richard Maude joined Asia Society Australia in January 2020 as the inaugural Executive Director, Policy, and Senior Fellow, Asia Society Policy Institute – the first senior executive role in the Institute outside the United States.  He is also a member of the Futures Council of the ANU National Security College.

Richard most recently served as Deputy Secretary, Indo-Pacific Group, in the Australian Department of Foreign Affairs and Trade.

In 2017, Richard was head of the whole-of-government taskforce which supported the preparation of the Australian Government’s 2017 Foreign Policy White Paper. Mr. Maude was Director-General of the Office of National Assessments from May 2013 until November 2016.

Before taking up the position of Director-General ONA, Mr. Maude was the senior adviser on foreign policy and national security issues in the Office of the Prime Minister.

He has been associated with a number of think tanks in New Delhi, including the Institute of Defence Studies and Analyses, the Centre for Policy Research and the Observer Research Foundation. He was also the founding director of Carnegie India, New Delhi – the sixth international centre of the Carnegie Endowment for International Peace, Washington DC.  He was the Henry Alfred Kissinger Chair in International Affairs at the United States Library of Congress, Washington DC, from 2009 to 2010. He served on India’s National Security Advisory Board. He led the Indian Chapter of the Pugwash Conferences on Science and World Affairs from 1999 to 2006.

He writes a regular column for the Indian Express and was earlier the Strategic Affairs Editor for The Hindu newspaper, Chennai. He is on the editorial boards of a number of Indian and international journals on world politics.

Professor Mohan has a Master’s degree in nuclear physics and a PhD in international relations. Among his recent books are Samudra Manthan: Sino-Indian Rivalry in the Indo-Pacific (2013) and Modi’s World: Expan

Click for directions
Register Now
20210422T160000 20210422T173000 Asia/Tokyo Asia Society: Biden and Asia: Perspectives From the Region PUBLIC Join our panel of experts, dialling in from across the region, as they review Biden’s first few months as President and round up reactions from Asia.