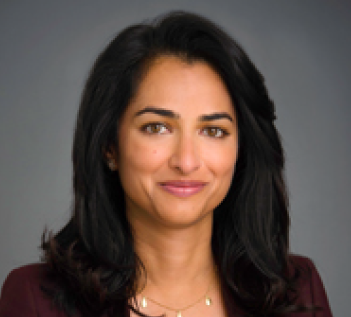 Russian interference in the 2016 presidential election shone a spotlight on an increasingly pernicious threat facing the United States: the willingness of foreign adversaries to act outside the normal intelligence and foreign policy channels to achieve their strategic aims.

The American private sector is not immune from this threat; rather, foreign governments are using state-owned enterprises and sovereign wealth funds to achieve intelligence gathering and foreign policy goals, and employing traditional intelligence collection methods to obtain confidential information from and about U.S. companies that is important to furthering those goals.

The Policy Committee is delighted to welcome Zainab Ahmad, a partner at Gibson Dunn who recently left the Department of Justice after 11 years, serving most recently as a senior prosecutor in Special Counsel Robert Mueller’s investigation.  Zainab will speak about her experiences as at the Special Counsel’s office, where she led the Michael Flynn investigation; at the Department of Justice’s headquarters in DC, where she handled complicated international issues arising from fraud, money laundering, espionage and other matters; and as a prosecutor at the U.S. Attorney’s Office in Brooklyn, where she handled international terrorism and cyber crime cases.

Zainab will discuss relevant trends in government enforcement in these areas including the increased government focus on foreign influence in the private sector. The conversation will be off-the-record.