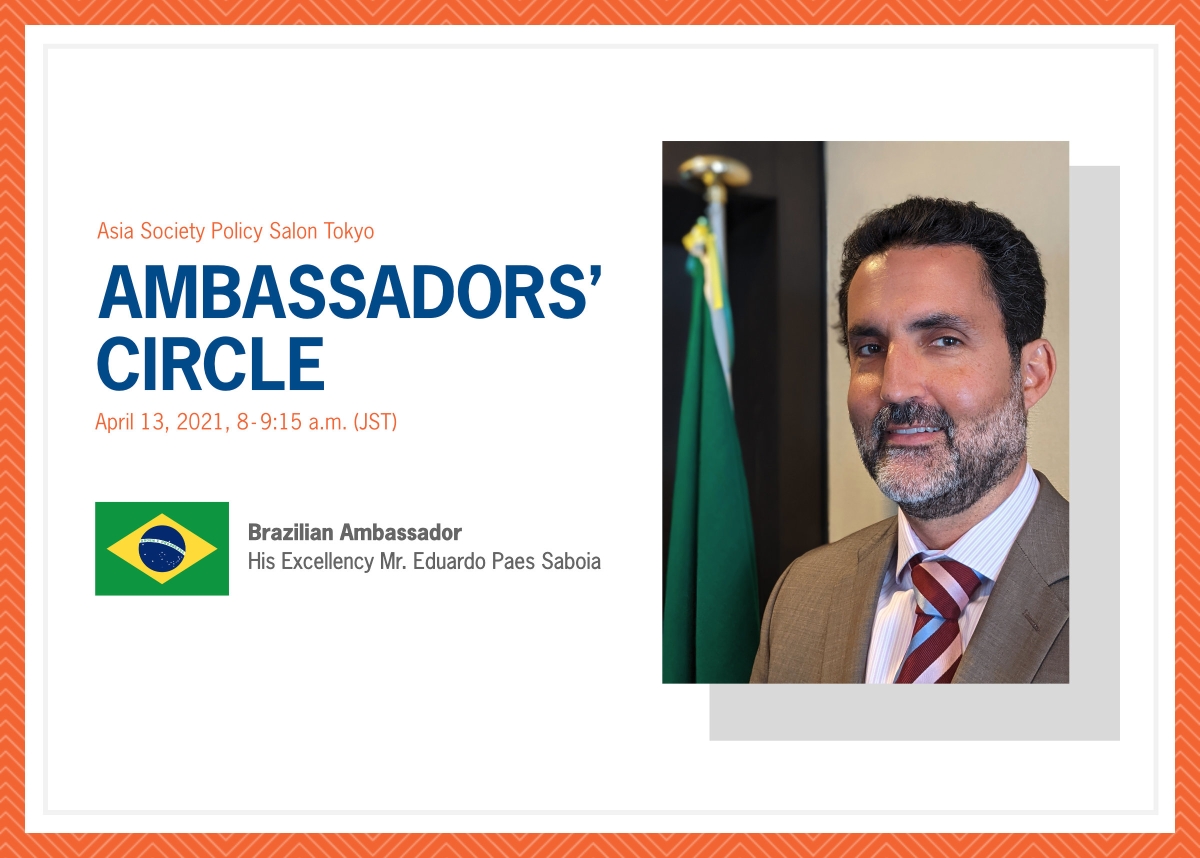 To forge deeper links and stimulate exchange with our Founding Member and Tokyo based Ambassadors, Asia Society Japan Center is honored to invite H.E. Mr. Eduardo Saboia, Ambassador of the Federative Republic of Brazil.

In these turbulent times, we feel a first-hand understanding of how different countries and their leaders interpret the evolving challenges in Asia which is more important than ever.  With more than 125 years of diplomatic relationship between Brazil and Japan, last November, the Governments of Brazil, Japan and the U.S. launched the Japan-U.S.-Brazil Exchange (JUSBE). In the time of this global pandemic, it calls for collective and coordinated actions to overcome the crisis, which makes this new framework of regional leaders especially important.  We look forward to hearing Ambassador Saboia’s insights in this new collaboration.

Jesper Koll will moderate a “fireside chat” followed by audience participation in the debate. Don’t miss this exclusive opportunity to learn how major powers are adapting national strategies to shape our future.

Ambassador of the Federative Republic of Brazil

H. E. Eduardo Saboia launched his diplomatic career when he joined the Brazilian Foreign Service in 1990. He has since assumed posts at Mercosur, United Nations, World Bank, IMF and Bolivia as Deputy Chief of Mission.  Most recently he was the Chief of Staff at the Ministry of Foreign Affairs of Brazil before his arrival to Japan in March 2019.

Read his full bio in PDF