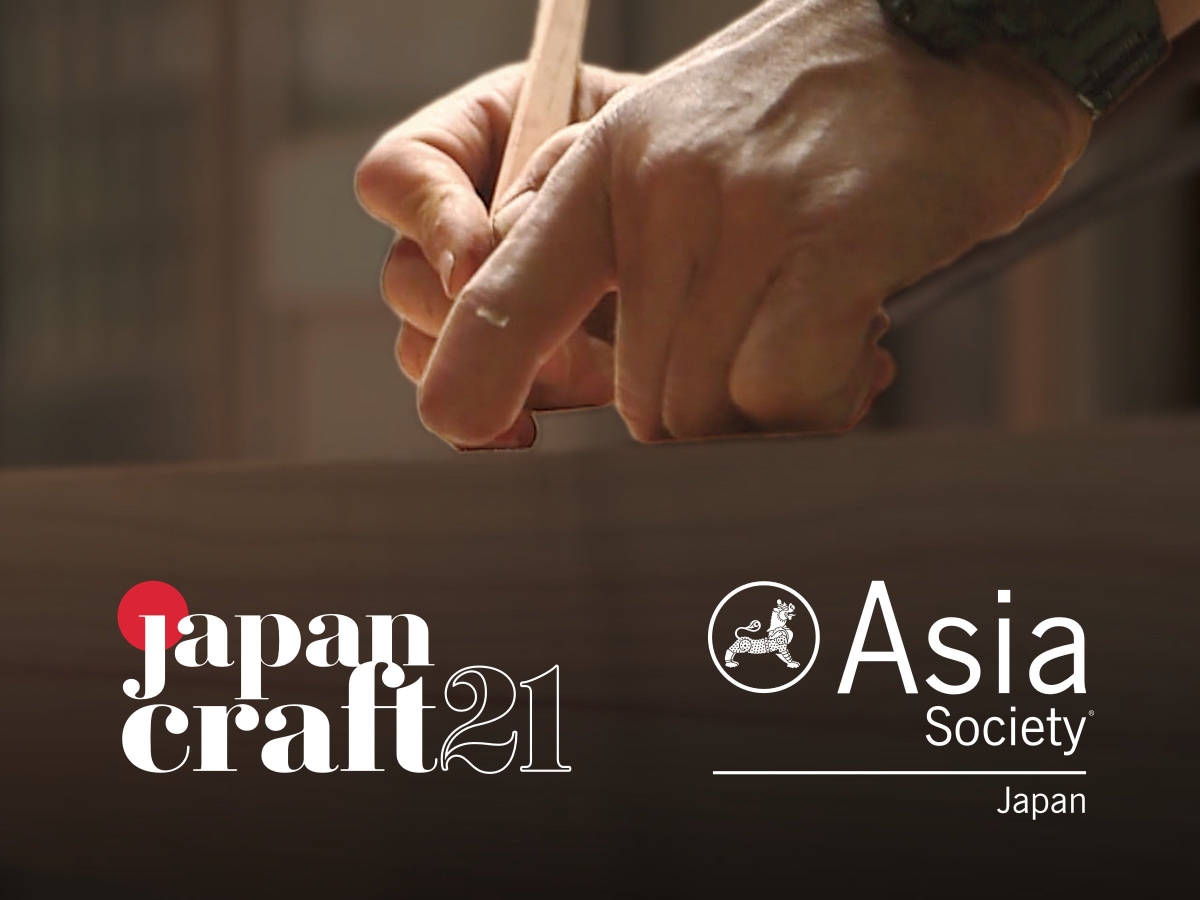 At Asia Society Japan Center, preserving our historical heritage and tradition is important and is in our DNA set by the Rockefeller family.  We are honored to partner with JapanCraft21 to co-sponsor the first Japan Traditional Craft Revitalization Contest that has just been launched.

JapanCraft21 is a volunteer organization created by Stephen H. Beimel (Kyoto), Michael W. Sonnenfeldt (New York) and Kathy Krauth (Tokyo) who are leading the way. Formed in 2018, the group is dedicated to the renewal of traditional Japanese crafts. A few of the core members, whose lives have been deeply enriched by the culture of Japan decided that they could no longer sit by and watch the disappearance of Japan's craft heritage. In the spirit of giving back to the culture which has so enhanced their lives, they gathered together to try to reverse the decline of Japanese crafts.

For this breakfast, we will have Steve Beimel, one of the founders in person to share with us the vision of this contest. Arts Committee co-chair, Tsutomu Horiuchi is one of the judges of the contest and will be hosting the breakfast.

Steve Beimel is a Californian who has been involved with the Japanese culture since the early 1970’s. He is the founder of JapanCraft21, a volunteer organization dedicated to identifying viable but vulnerable traditional Japanese crafts and assisting in their revitalization. JC21 helped establish and currently funds Shinmachiya Juku, a free-of-charge school in Kyoto that teaches wood joinery construction to working carpenters. Steve recently retired from U.S.-based Esprit Travel and Tours, a Japan culture-focused tour company that he founded in 1992 (www.esprittravel.com). "My years at Esprit were very fulfilling and involved bringing together talented and gracious Japanese people with visitors from abroad." Steve has an M.A. in Applied Counseling Psychology. In 2016 he created A to B Seminars, assisting people in clarifying and attaining their personal and professional goals. Additionally, he maintains an A to B counseling/coaching practice. Steve lives in the Kyoto foothills with his wife of 39 years, Ritsuko, an ikebana instructor.