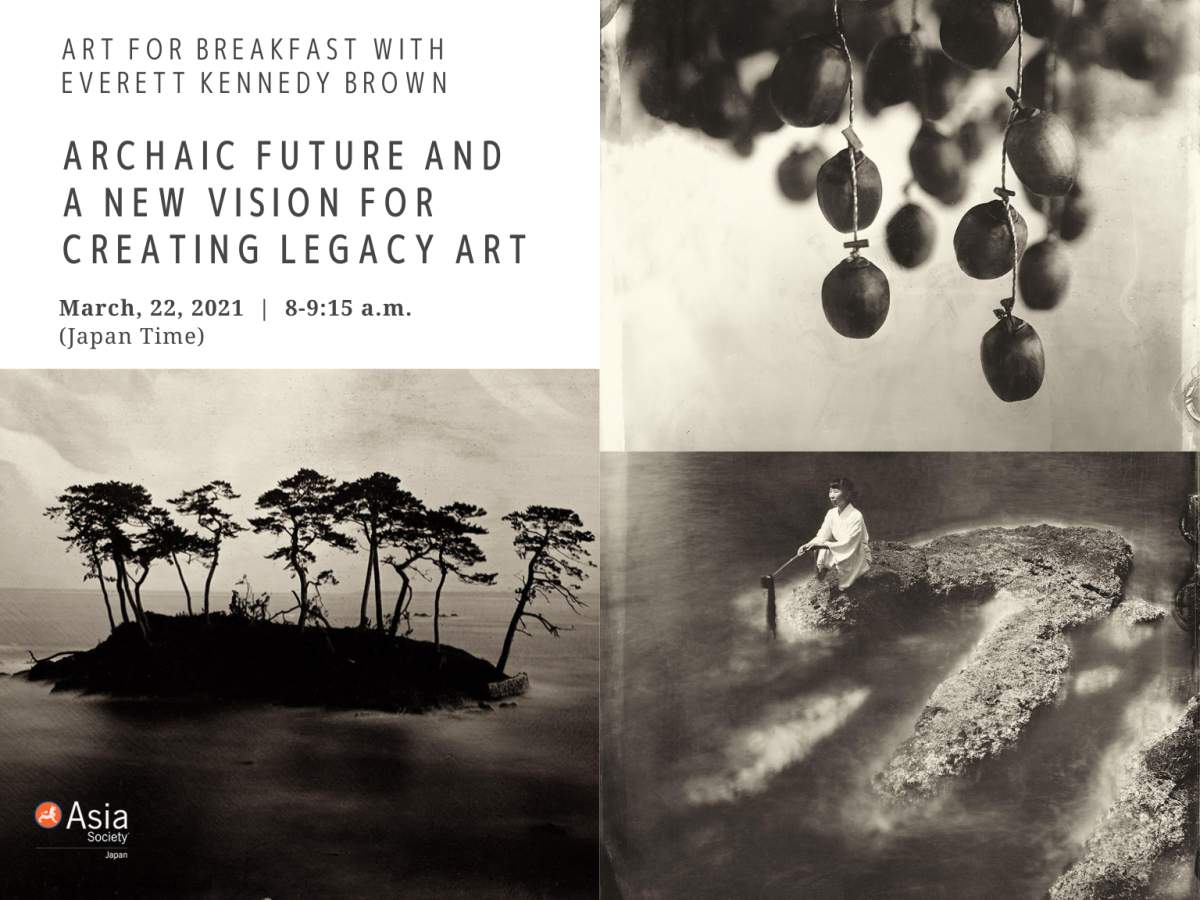 Join us for a breakfast roundtable with Everett Kennedy Brown to hear about his latest book project, Archaic Future. The images from this book are now touring museums in Europe and the United States and are the first part of his major project to visually excavate Japanese history.

Digging deep below the surface of contemporary Japanese culture, Everett works with traditional ceramic and Nihonga painting techniques on glass plate negatives to make images that challenge our perceptions of time. During our breakfast roundtable he will also talk about his vision for the Kyoto Kaisho Foundation and his work to promote cultural projects that will have historical value one hundred years from now.

Everett Kennedy Brown is a Kyoto based American artist, writer and director of the Kyoto Kaisho Foundation. He has written several critically acclaimed books of non-fiction in Japanese and is known internationally for his experimental approaches with early photographic processes. His work has been featured on CNN Style, NHK and presented at Davos and at TEDx. His photographic images are in the permanent collections of major international museums. In 2013 he was awarded the Japanese Government's Cultural Affairs Agency Commissioner's Award for his activities to promote Japanese culture.