Ambassadors’ Circle With the Philippine Ambassador 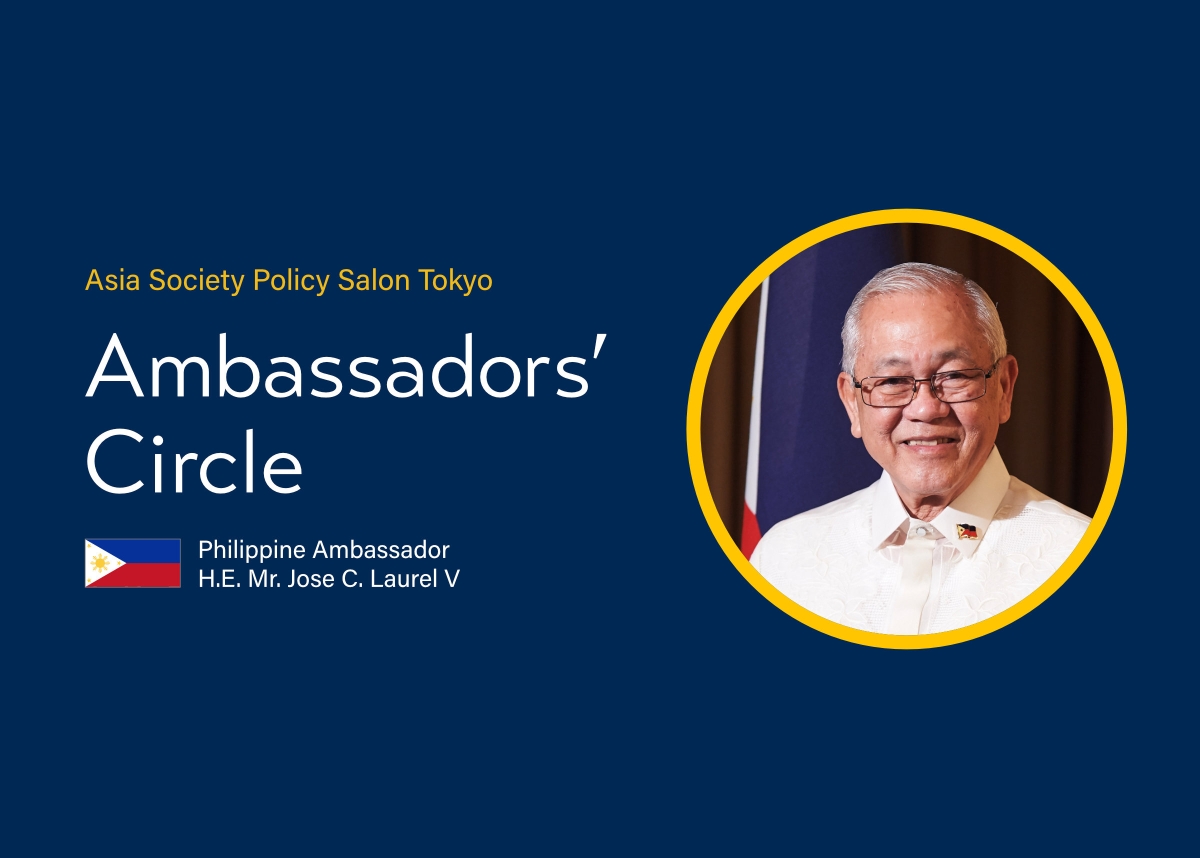 Asia Society Japan is honored to welcome His Excellency Mr. Jose Castillo Laurel V to the Ambassadors’ Circle on April 27. The presentation is titled, "Asian Century: The Need for Right Moral Orientation".

Ambassador Laurel and his family have had a long and deep relationship with Japan. He first came to Japan with his family as a one-year-old in 1945. He is the grandson of President Jose P. Laurel (1943-1945) and the son of Philippine Ambassador to Japan Jose S. Laurel III (1966-1971). Spending part of his childhood years in Japan and together with his family, he has devoted much of his life to promoting cooperation and mutual appreciation between the Filipino and Japanese peoples. As a business person, he became deeply involved in building Philippine-Japan ties becoming Chairman of the Executive Committee of YKK Philippines, Inc., and Chairman of the Board of Trustees of the Philippines-Japan Friendship Foundation. Since taking office as ambassador in 2017, he has further strengthened the ties of the two countries. In this program, Ambassador Laurel will give insights into the two countries’ bonds in the Asian Century.

Asia Society Japan’s “Ambassadors’ Circle”, is an initiative launched in 2020 to forge deeper links and stimulate exchange between the Founding Members and Tokyo-based Ambassadors. In these turbulent times, a first-hand understanding of how different countries and their leaders interpret the evolving challenges in Asia in general is more important than ever. The “Ambassadors’ Circle” aims to involve you in this mission.

Ambassador Laurel was born into a political family and spent part of his childhood in Japan. His grandfather, Jose P. Laurel, served as President of the Philippine Republic from 1943 to 1945. His father, Jose S. Laurel III, was the Philippine Ambassador to Japan from 1966 to 1971.

Together with the other illustrious members of the Laurel family, Ambassador Laurel has devoted his life towards promoting mutual understanding between the Filipino and Japanese peoples.

See the Philippine Embassy website for his full bio.