Ambassadors' Circle with the British Ambassador 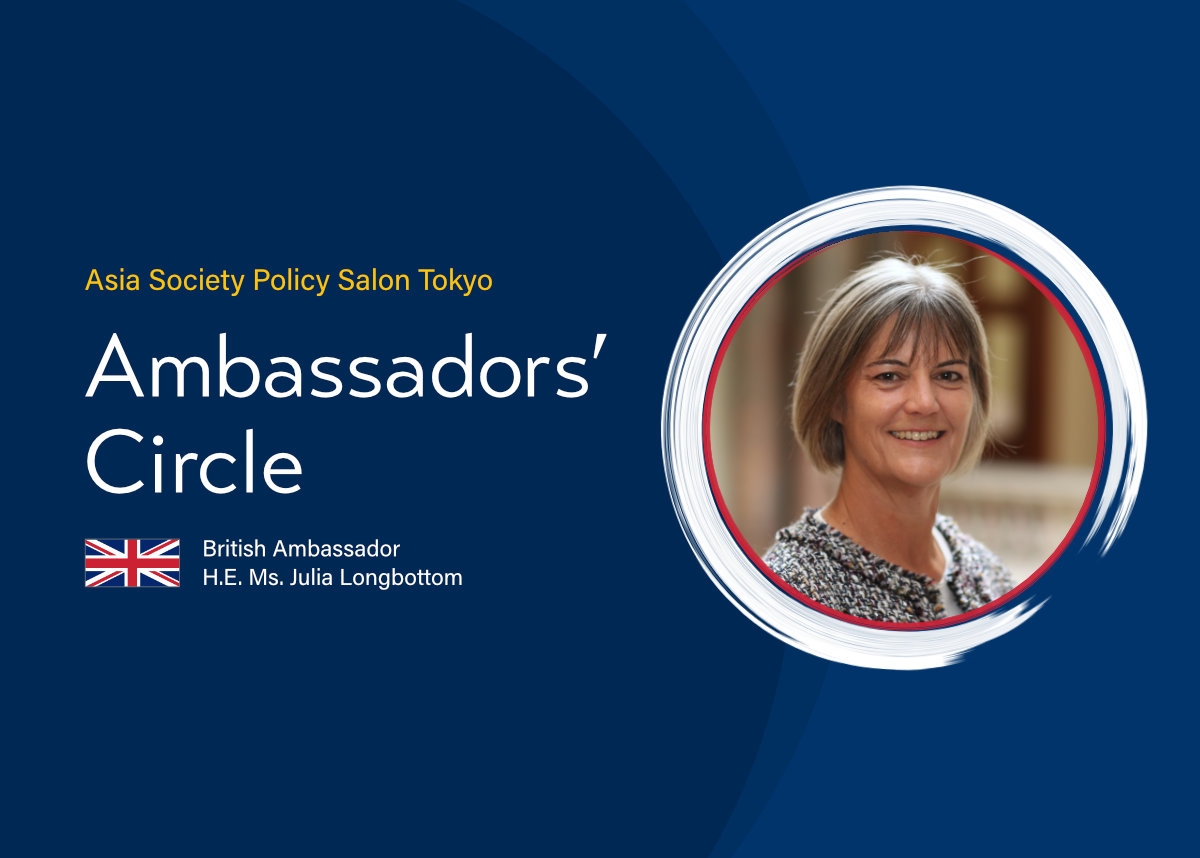 Asia Society Japan is honored to welcome Her Excellency Ms. Julia Longbottom CMG to the Ambassadors’ Circle on November 12. No stranger to Japan, this is Her Excellency’s third tour to Japan, most recently from 2012-2016 as Deputy Head of Mission at the British Embassy. Her career has taken her to Asia focused roles as Head of China/ Far Eastern Department as well as to Poland or The Hague, and just before coming to Tokyo as the Foreign & Commonwealth Office’s Director of the Coronavirus Task Force.

The presentation is titled, “What does the UK’s Indo-Pacific tilt mean for Japan and the region?”. Britain and Japan have had a long and historic relationship. To further the partnership looking post COVID, there are agendas for both countries that requires focus bilaterally as well as global leaders on trade, security, climate and other agendas.

Asia Society Japan’s “Ambassadors’ Circle”, is an initiative launched in 2020 to forge deeper links and stimulate exchange between the Founding Members and Tokyo-based Ambassadors.  In these turbulent times, a first-hand understanding of how different countries and their leaders interpret the evolving challenges in Asia in general is more important than ever. The “Ambassadors’ Circle” aims to involve you in this mission.

This event will be conducted in-person and online.
Participation is for members and guests only. Registration is required.