Climate Change and Innovative Paths to a Sustainable Future (Recap) 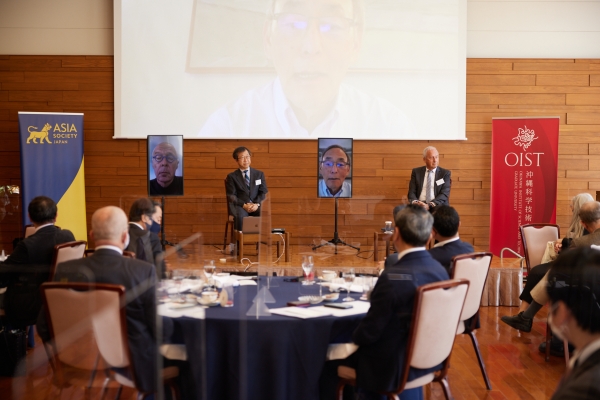 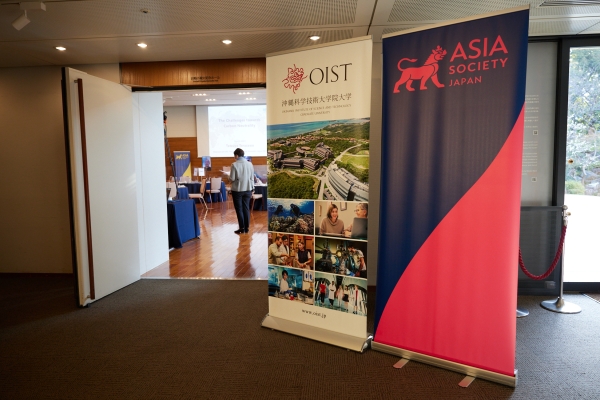 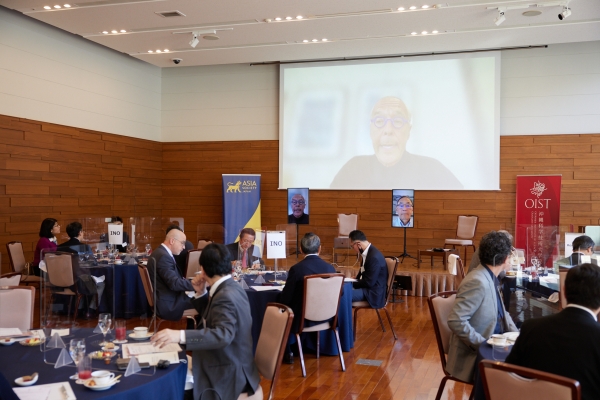 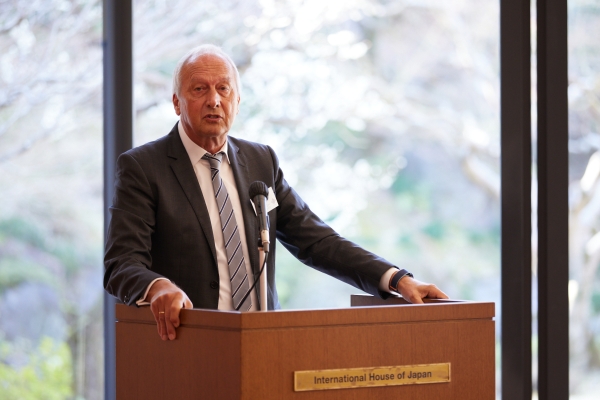 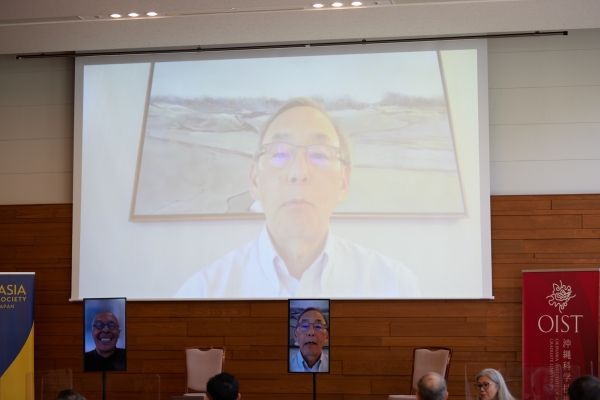 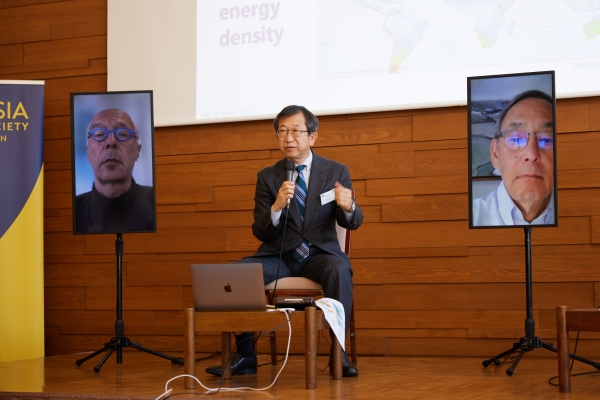 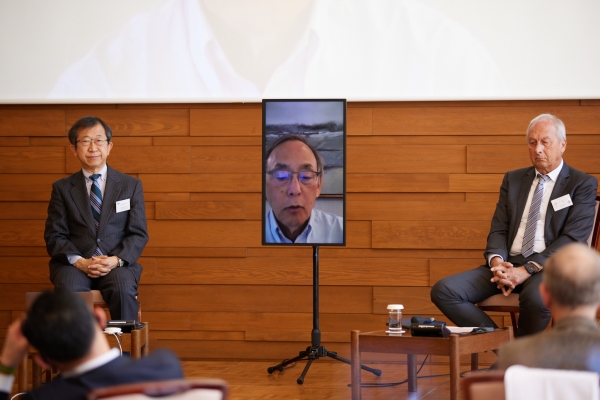 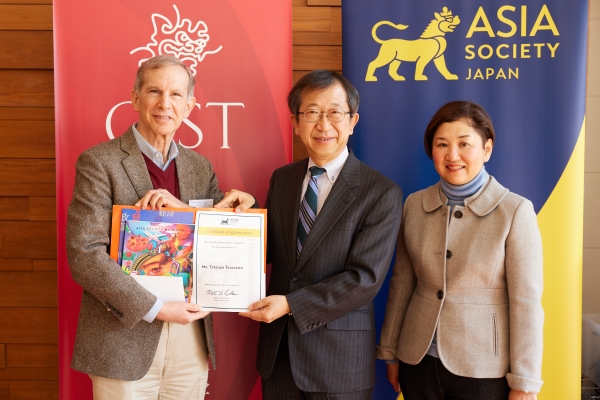 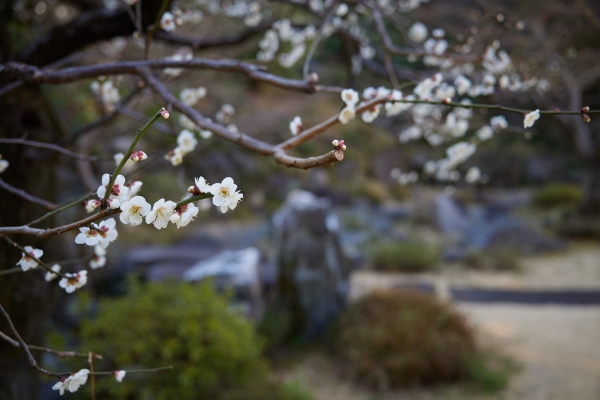 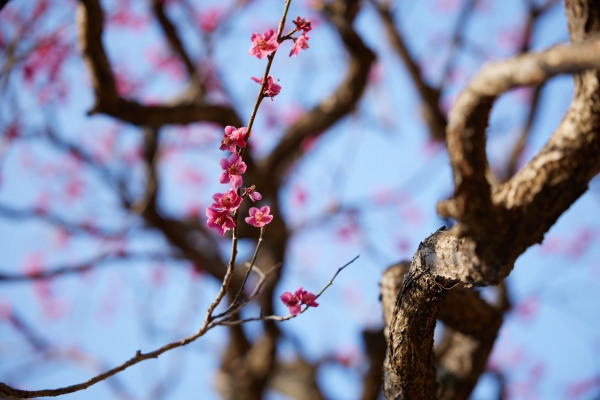 On March 10, 2022, a panel of experts including the Nobel Laureate in Physics, Dr. Steven Chu, Chairman and CEO of the Institute of Energy Economics, Japan, Tatsuya Terazawa, and President and CEO of Okinawa Institute of Science and Technology Graduate University (OIST), Dr. Peter Gruss, discussed the current status of the climate change and the innovative paths to a sustainable future. Jesper Koll, policy committee chair at Asia Society Japan, moderated the panel.

In his introductory remarks, Dr. Peter Gruss, President and CEO of OIST, pointed out that it is undeniable that human activities have warmed the atmosphere, ocean, and land, bringing rapid and widespread changes to the atmosphere, oceans, cryosphere, and biosphere. Human activities—in particular, the burning of fossil fuels - have increased greenhouse gas concentrations in the atmosphere. Solutions include phasing out coal-fired power plants, increasingly relying on renewable power sources, shifting to electric vehicles, switching to heat pumps in buildings, and conserving energy. 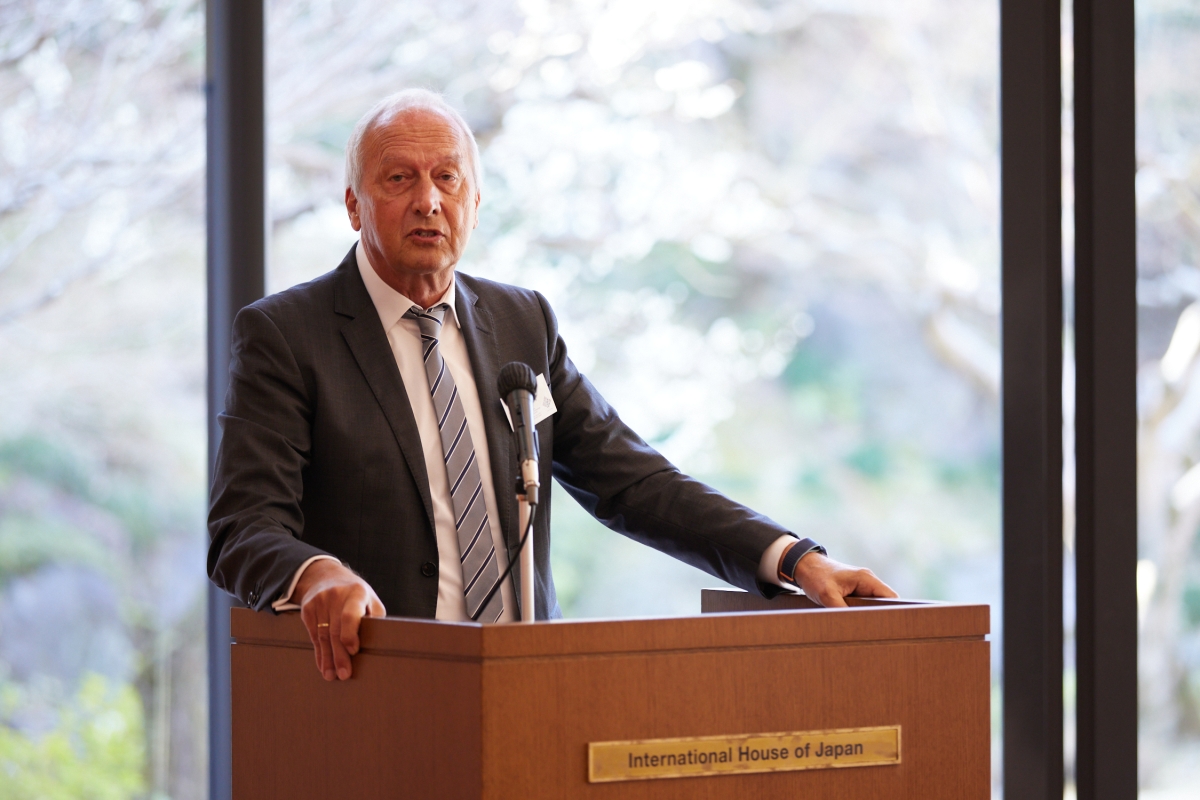 Where are we heading?

Dr. Steven Chu first talked about climate change and where we are heading. The Earth has warmed by 1.1–1.2℃ relative to the late 1800s. Climate change has increased water stresses around the world which can create collapsed economies and climate refugees in the future. The last time the Earth experienced a comparable concentration of carbon dioxide (CO2) in the atmosphere was 3–5 million years ago when the temperature was 2–3℃ warmer and the sea level was 10–20 meters higher. Pathways to stabilize temperature rise at 1.5℃ or 2℃ and thus slow down or reverse climate change show that we need to stop all GHG emissions by the end of the century.

Renewable energy costs at the best sites around the world are now below 2 cents/kWh and costs will continue to decline in wider areas to below 1.5 cents/kWh by 2030. However, the full cost includes the backup generation capacity, energy storage, and an enhanced transmission and distribution system required to stabilize variable renewable energy. Achieving 80% renewable energy in the U.S. would require three days of storage, which amounts to more than 1,000-fold battery storage than available today. The cost target is 10–20 dollars/kWh or one-tenth of the current cost.

Science and technology solutions to a sustainable world

If clean electricity as low as 1.0–1.5 cents/kWh becomes a reality in ten years at the best sites, exciting opportunities will open up in electrochemistry. At 1.5 cents/kWh, the cost of electricity to make hydrogen would be half its current price. Hydrogen and heat storage may become a cost-competitive alternative to pumped storage of chemical battery storage.

Electric vehicles currently account for 5–10 percent of all new automobile sales. Yet, 45% of new light-duty vehicles will continue to be internal combustion engines with a lifetime of more than 15 years, which means the transition will take several decades. The cost of EV batteries declined ten-fold from 2010 to 2020 and the energy density may double by 2025.

However, when the market share of EVs increases to around 80%, questions arise about the availability of the materials needed to make the batteries. Lithium extraction from salt water could increase lithium resources by 10,000 times. Yet, there will not be enough cobalt and nickel to reach such high EV deployment levels. Promising progress has been made with the development of lithium metal-sulfur batteries and other breakthrough battery technologies that would not use conventional materials.

Another challenge in the 21st century is recycling combustion products into hydrogen, and eventually low-emission liquid hydrocarbons to fuel transcontinental supertankers, the least expensive mode of energy shipping. 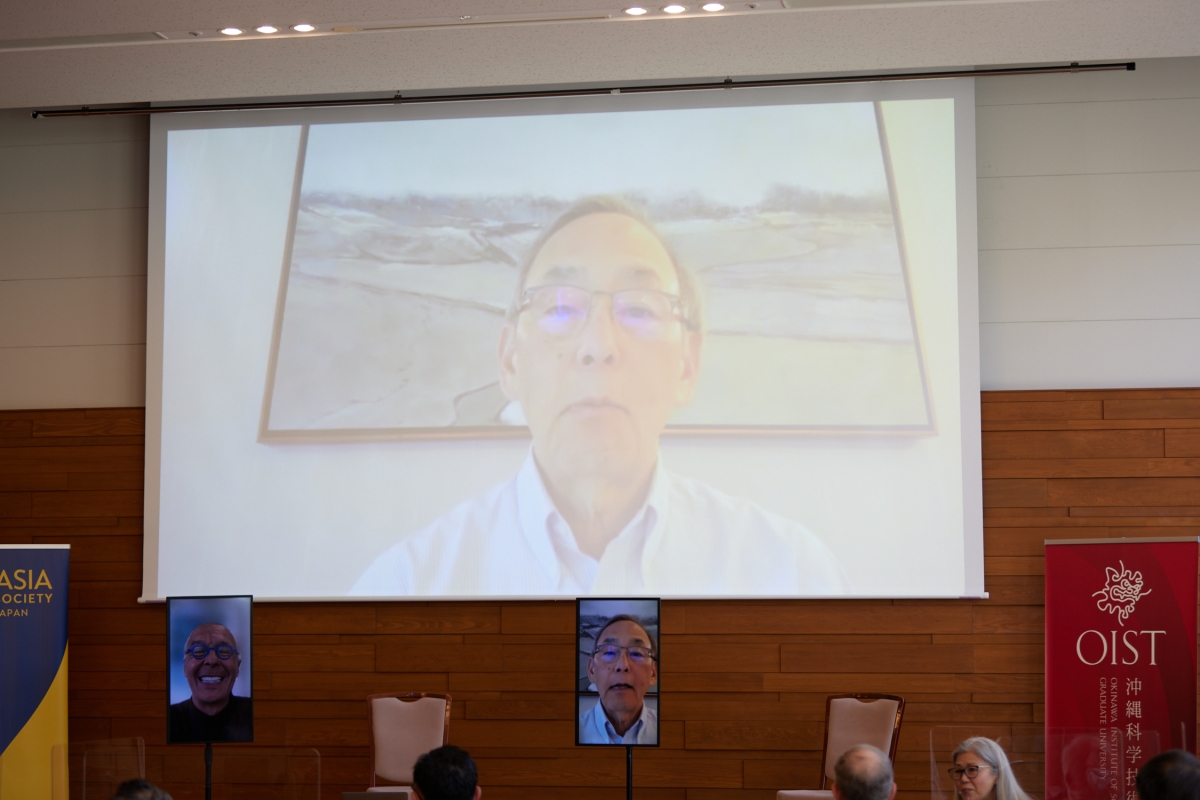 The agriculture, forestry and other land use (AFOLU) sector is responsible for one-fourth of global GHG emissions. In the U.S., agricultural soil management, mainly overfertilization, is the source of almost three-quarters of nitrous dioxide emissions. Beef cattle account for the largest life cycle assessment emissions of all livestock, due to their microbes. Research has found that feeding cattle seaweed or vaccinating them can lead to reducing their methane emissions. Developments have been seen in synthetic biology as well.

Innovative ways to capture carbon from the air

On the other hand, we will need to capture carbon directly from the atmosphere using direct air capture or photosynthesis. Crops have been found to capture 30 GtCo2/year, and the burial of compacted biomass from food crops and fast-growing biomass specifically grown to capture carbon is being considered and may eventually become the cheapest way to capture carbon. Other research looks at accelerating the geological carbonate-silicate cycle.

A new model of wealth

The prevailing “pyramid scheme” or Ponzi scheme of producing or recruiting more younger workers to support a younger smaller aging population is unsustainable. The world needs a different measure of “wealth”—a new model of generating a higher standard of living that is not dependent on population growth and increased production and consumption of “stuff” but instead encompasses longevity, quality of health in old age, security, continuing education, and living comfort.

The challenges of carbon neutrality—from a Japanese perspective 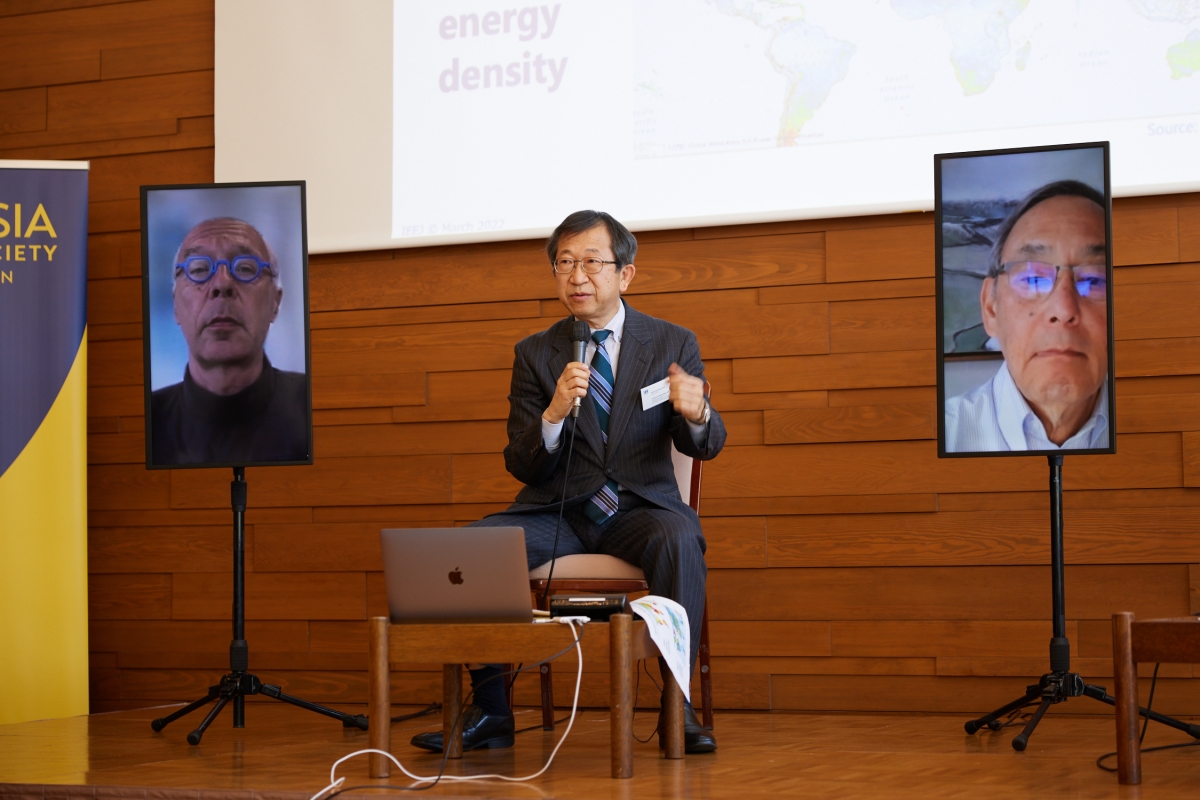 Mr. Terazawa introduced the challenges of achieving carbon neutrality in 2050 from a Japanese perspective. East Asia is not endowed with as much wind and solar power potential as many other regions of the world. Nevertheless, Japan has the largest installed solar PV capacity per flat area, and further installments would require social acceptance. Therefore, technological breakthroughs like perovskite solar cells that are lightweight, flexible, and printable, and can thus be applied to various places are promising.

The power sector is becoming increasingly decarbonized with the introduction of variable renewable energy, and IEEJ projects that 85% of the power generation mix in advanced economies will be decarbonized in 2050. Yet, the electrification ratio will remain under 40%, with the remaining 60% of the energy consumed by hard-to-abate industries. Therefore, there is a high expectation around innovations such as CO2 absorption through concrete curing and coke and coal use reduction through the co-injection of hydrogen into blast furnaces.

Hydrogen is a promising solution to decarbonizing various sectors and ammonia will be the most competitive hydrogen carrier for long-distance transport in 2030, according to IEEJ analysis. Considering the economics, initially introducing blue hydrogen and eventually shifting to green hydrogen is projected to be the cost-effective scenario for Japan. Japan, Korea, and Taiwan can be pioneers in developing a global hydrogen supply chain, by replicating their experiences in developing the LNG market.

After receiving initial comments from Dr. Chu and Mr. Terazawa, the panelists engaged in discussion. Dr. Chu noted that the U.S. and Japan were challenged with very different circumstances. Dr. Gruss was curious about the roadmap for the next decade and the potential of nuclear fusion. Mr. Chu responded that significant developments have been seen in nuclear fusion, but even when scientifically proven, its economic viability will remain uncertain. He also mentioned that low-tech approaches like clearing fields and burying biomass may be overlooked solutions that could have immediate effects and that other existing solutions can be implemented with political will. Mr. Terazawa pointed out that the fleet of coal-fired power plants in Japan was very new, with many commissioned only last year and this year. Solutions to reduce emissions from older coal-fired power plants to the emission levels of gas-fired power plants include cofiring with biomass or ammonia. Another option for Japan would be restarting the 26 nuclear power plants that remain out of operation in the short term until new technologies become available. 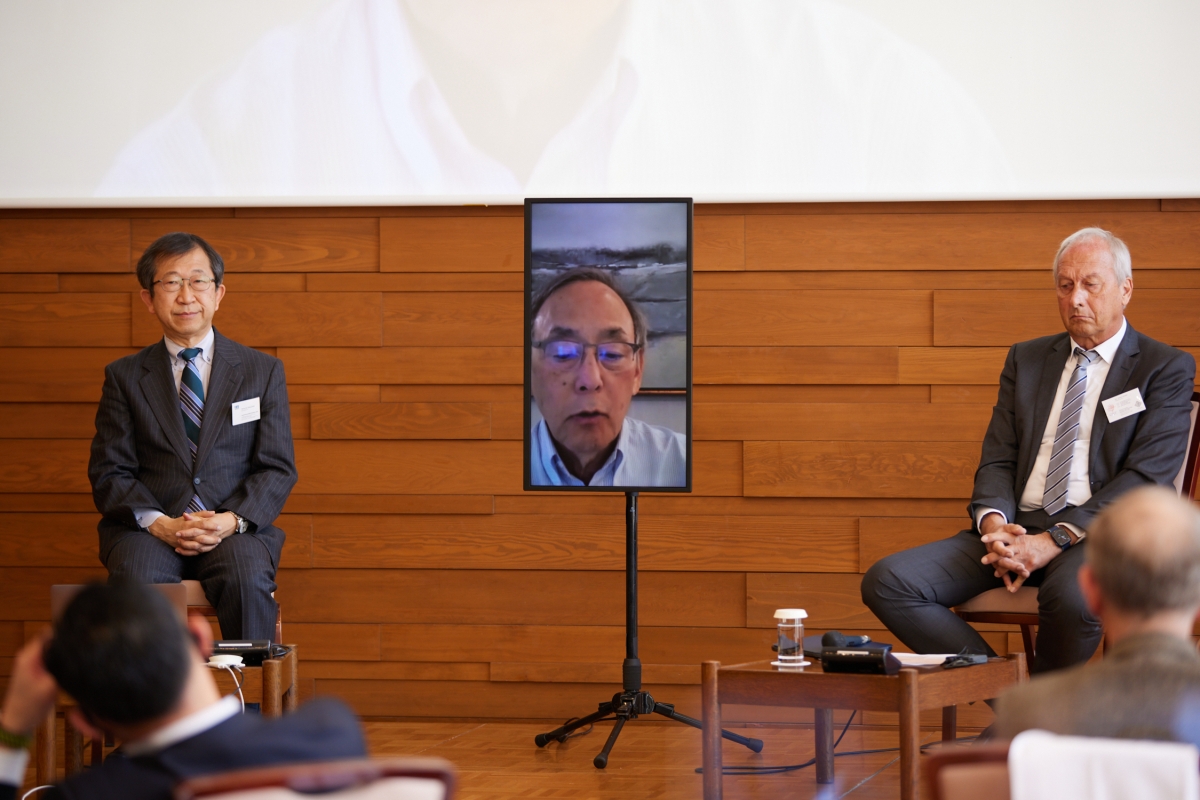 How do we accelerate this renewable energy diffusion process in our race against time?

Mr. Terazawa emphasized the importance of sequence in the cost-effective deployment of technologies—starting with existing commercialized technologies followed by more innovative technologies as they are proven. Investors need to be sure that there will be demand for the technologies they invest in. Tools like carbon pricing can only really be effective when alternative technologies are available. Mr. Chu agreed that money is better spent on research and development than on carbon pricing. Also, faced with the urgent threats of climate change, worrying about costs is sometimes not an option.

What is the potential of offshore wind power in Japan?

The wind average speed offshore of Japan is modest compared to other promising sites around the world and it has only a small stretch of shallow waters suitable for fixed-bottom wind power. Floating wind power is promising but technologically challenging due to rapid currents unique to Japan. Dr. Chu agreed that deep water offshore wind power is much more challenging in terms of costs and cabling.

How can we lower the resistance of those who are not ready to leave old technologies behind and adopt new ones?

Mr. Chu commented that many technologies that were once too expensive and thus not socially viable compared to conventional technologies have now become almost affordable. One example is EVs. With costs dropping, there will be few instances, including when a car is driven for long distances every day and requires quick refueling when internal combustion engine vehicles are more favorable. Batteries are expected to charge for a 300–400 mile range in the future. Mr. Terazawa added that for heavy-duty or long-distance transport, fuel-cell vehicles and internal combustion engines running on carbon-free synthetic fuels would be practical solutions to complement EVs.

Asked by Mr. Koll his thoughts about countries closing their doors to researchers from abroad, Mr. Chu commented that he has recently been very vocal about this issue, as the U.S. will be more harmed than any other country if the collection and exchange of novel ideas are hindered. Climate change, in particular, requires full cooperation across the world. 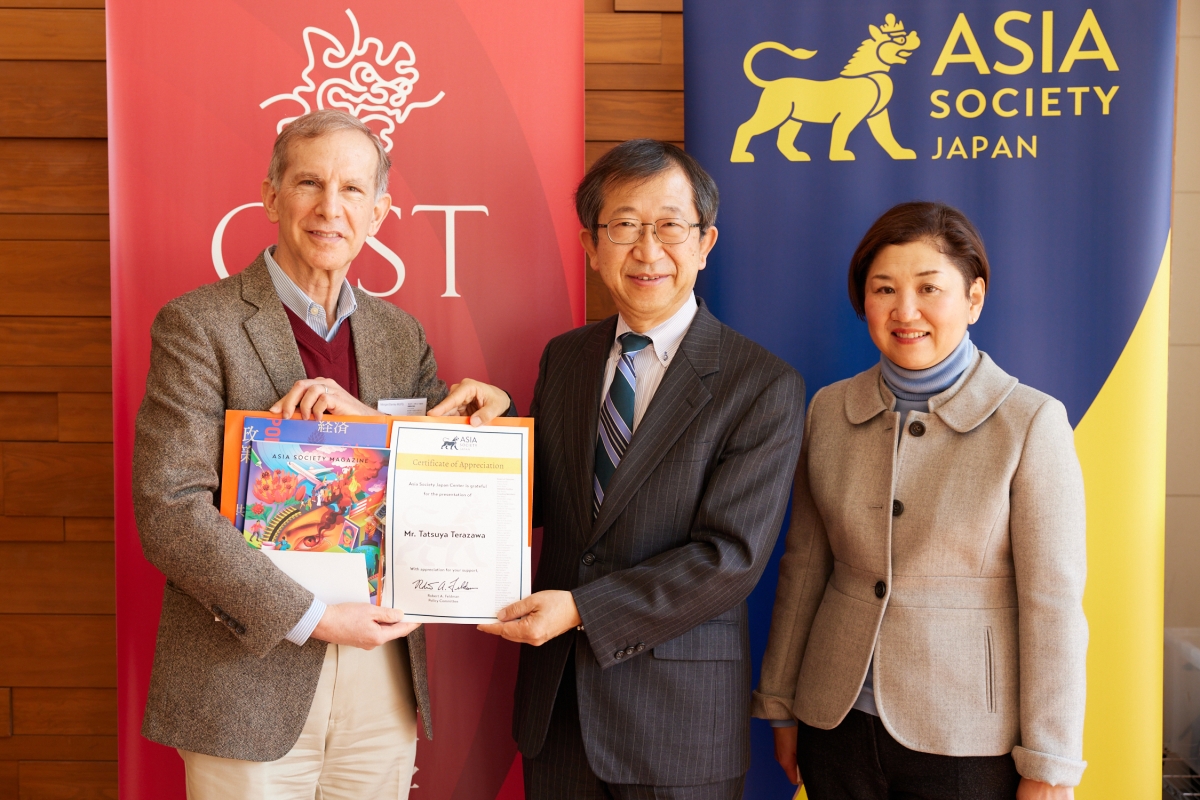