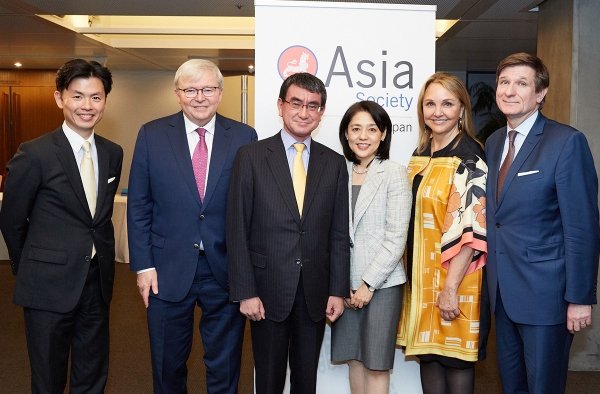 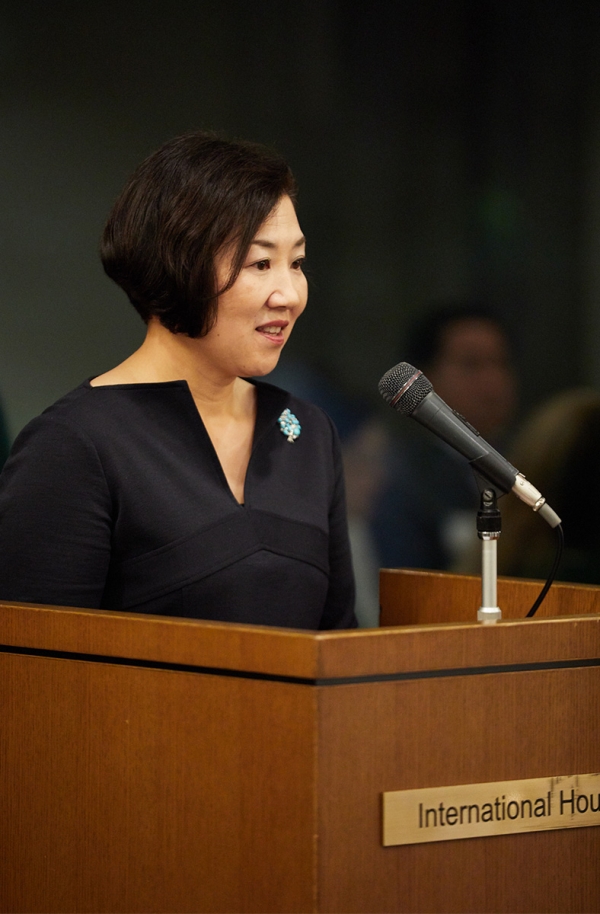 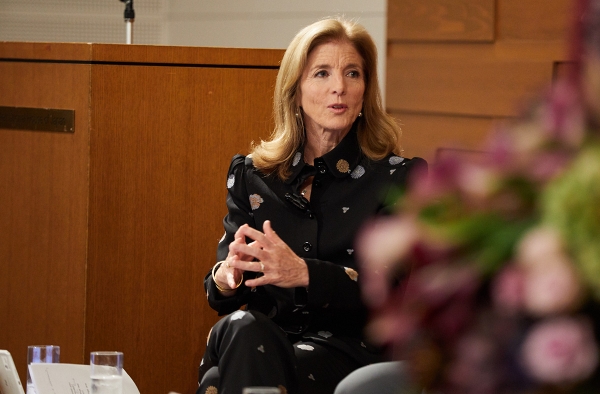 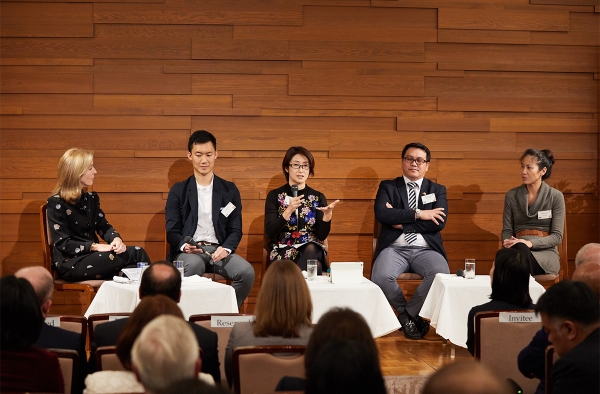 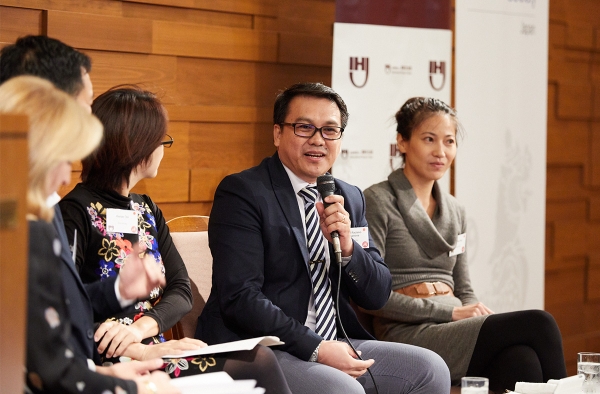 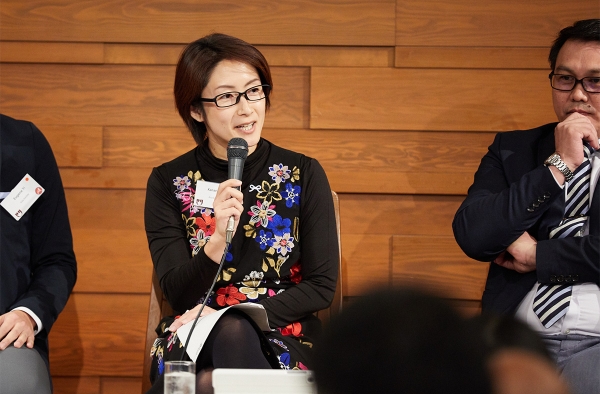 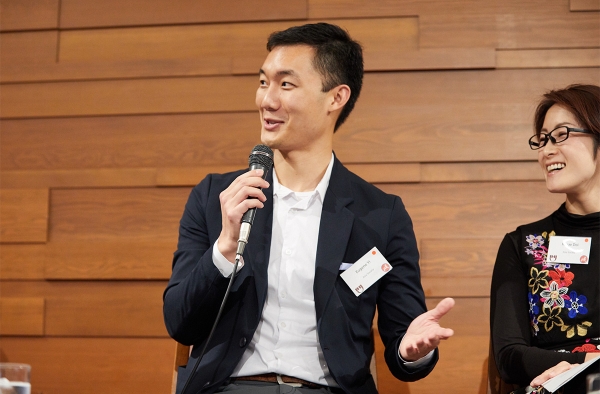 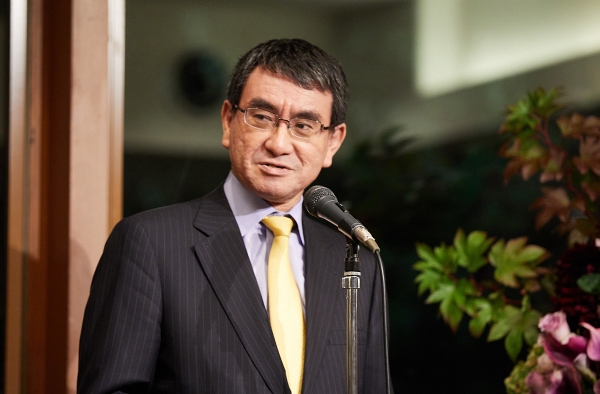 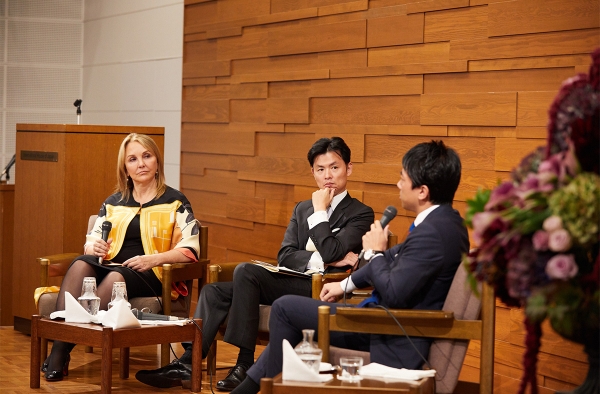 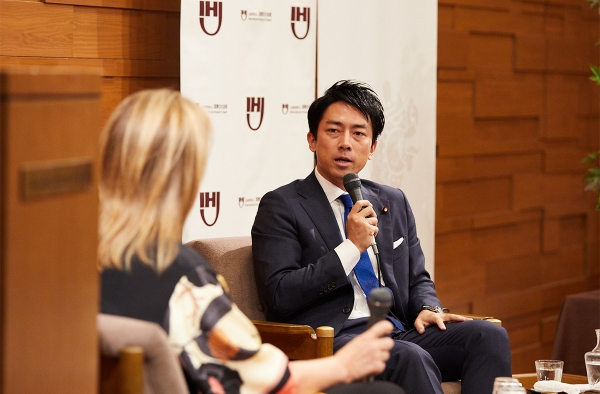 Japanese House of Representatives member Shinjiro Koizumi in conversation at the opening of Asia Society Japan in Tokyo on October 30, 2018. (Taishi Yokotsuka/Asia Society) 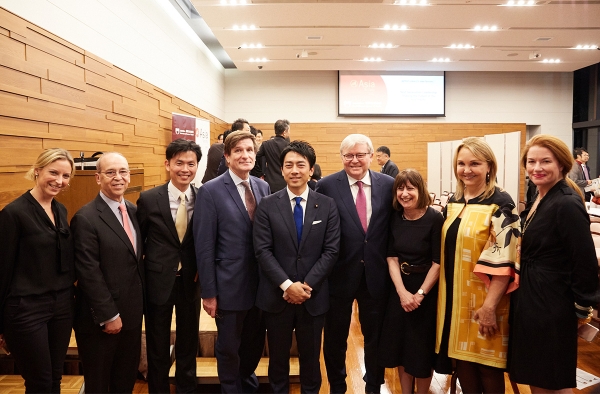 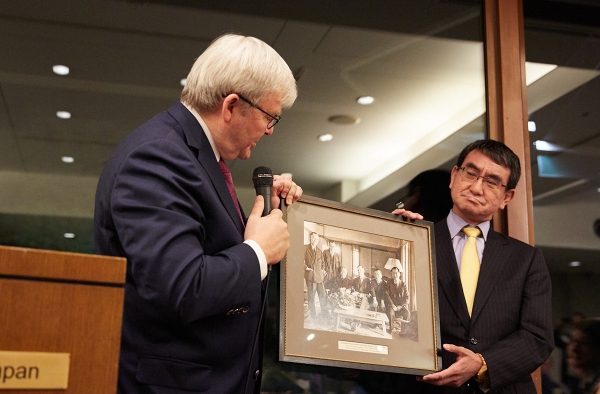 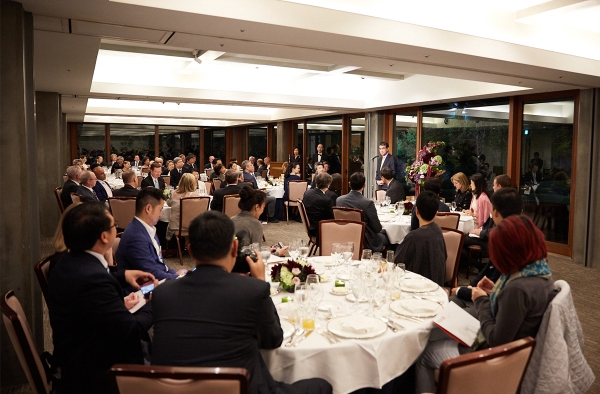 Asia Society celebrates the opening of its new Tokyo-based outpost with a special reception and conversation on October 30, 2018. (Taishi Yokotsuka/Asia Society)

Asia Society, in partnership with International House of Japan, formally opened a new outpost in Japan on Tuesday, October 30, in a ceremony featuring timely conversations about the country’s critical role in Asia’s present and future. Caroline Kennedy, former U.S. Ambassador to Japan and an Asia Society trustee, moderated a discussion including four Asia 21 Young Leaders on the next generation of public service. Asia Society Lulu and Anthony Wang President and CEO Josette Sheeran then engaged in a “fireside chat” with Shinjiro Koizumi,  a member of Japan’s House of Representatives and, since August 2017, chief deputy secretary-general of the Liberal Democratic Party (LDP).

Asia Society Japan will convene policymakers from Asia and the United States and organize public programs on policy, business, and the arts at the International House, a marvel of modernist architecture located in Tokyo’s historic Roppongi District.

"Japan is central to all issues of peace and prosperity in Asia, and the world," said Sheeran upon the announcement of the center's launch last week. "John D. Rockefeller 3rd created the Asia Society to build bridges between the East and West and also between the nations of Asia. It is crucial that Japan be part of this network."