Art for Social Innovation—Art Collaborating with ESG and SDGs (Recap) 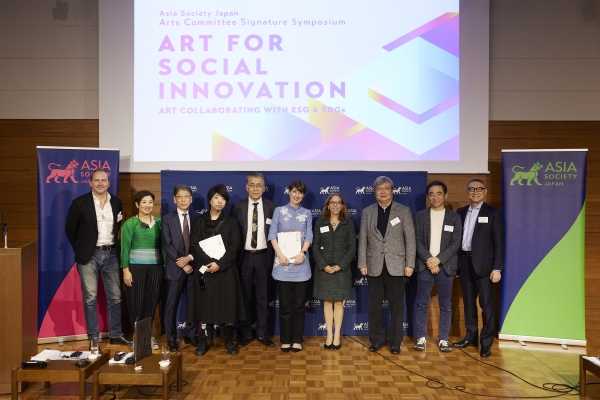 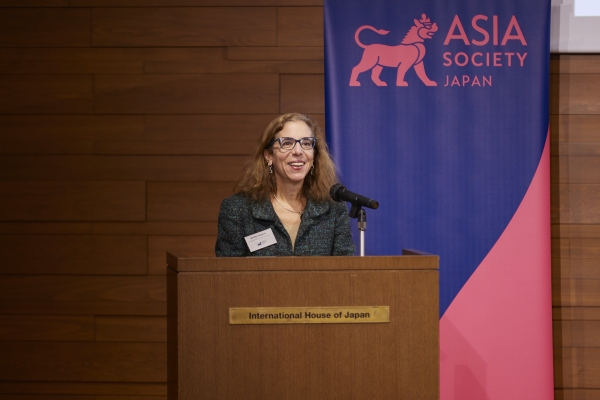 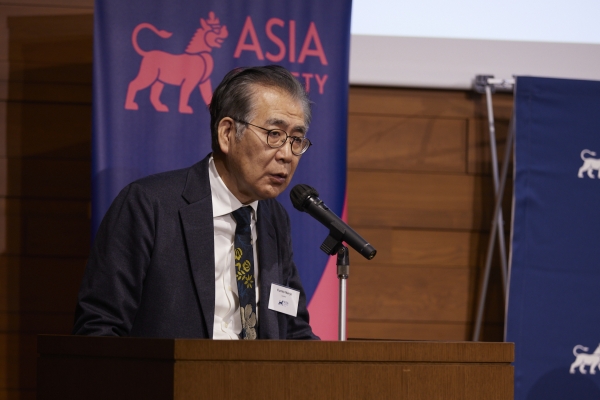 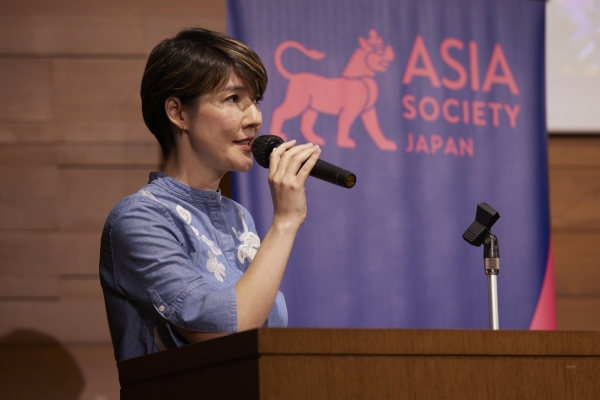 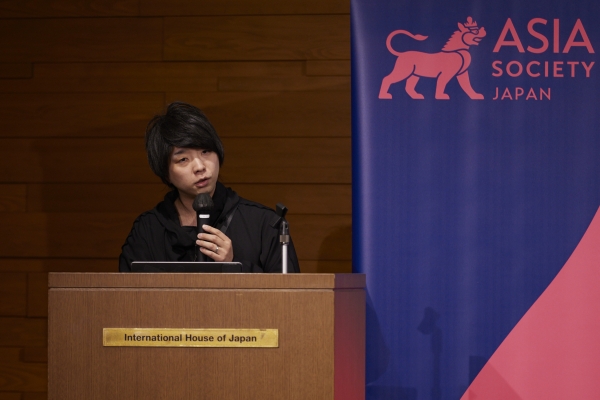 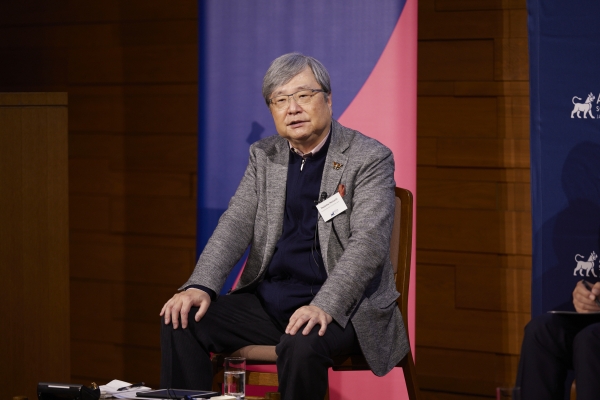 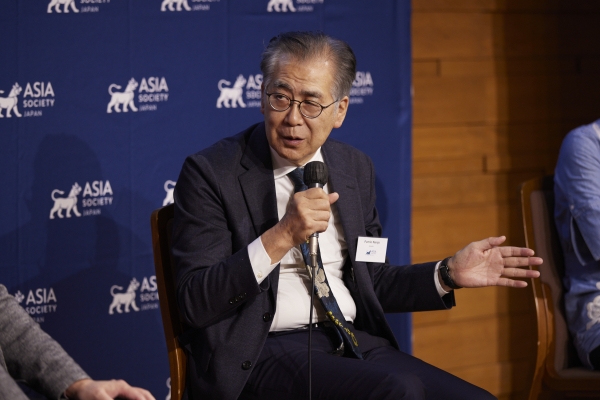 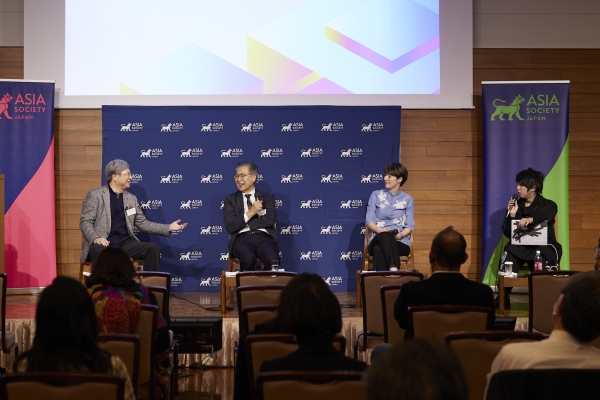 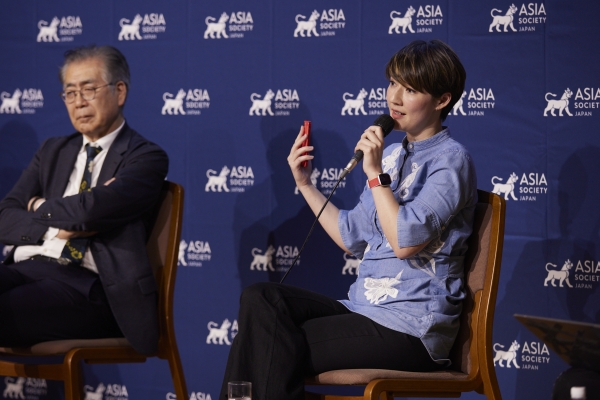 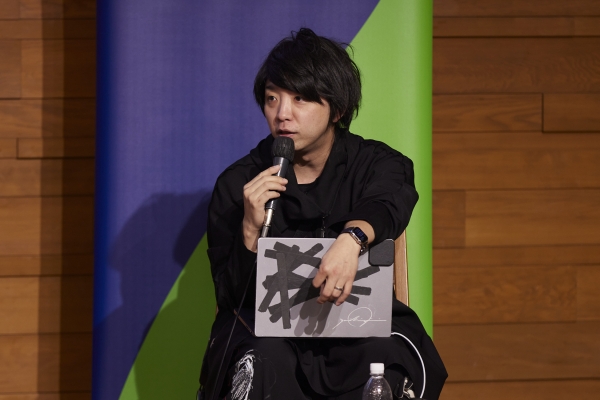 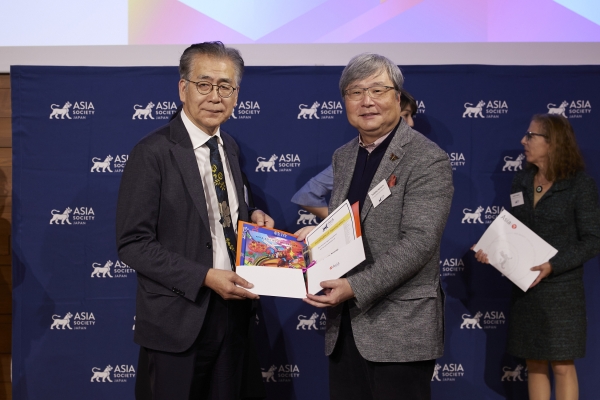 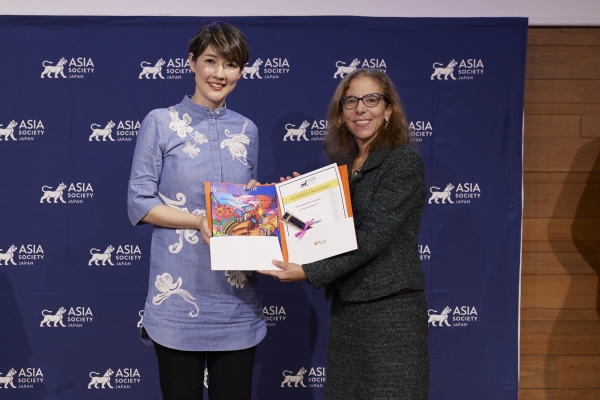 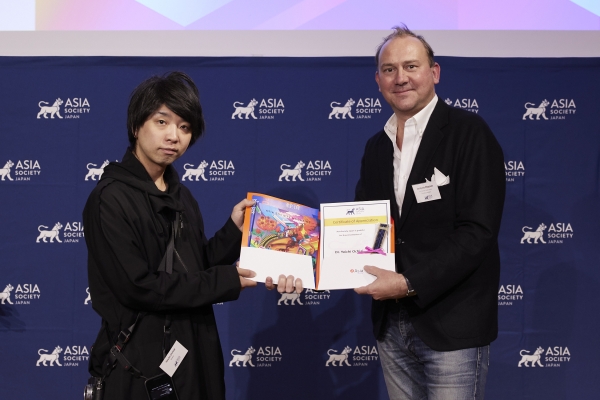 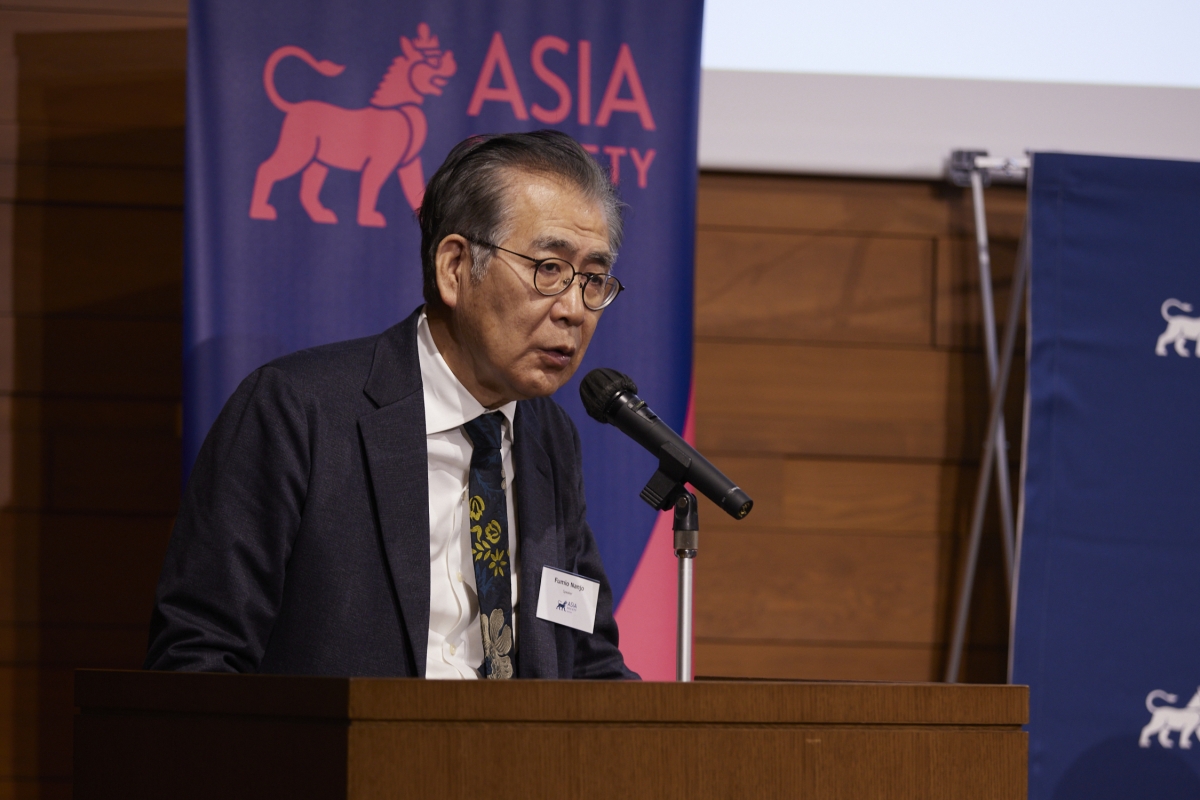 Mr. Fumio Nanjo (Curator, Former Director, and Current Senior Advisor to the Mori Art Museum) held the Kitakyushu Future Creation Art Festival “ART for SDGs” from April to May 2021. Kitakyushu supported Japan’s industrialization as the center of steel production from the Meiji period but consequently suffered pollution after World War II. At the festival, Mr. Nanjo curated artworks that told the beauty of nature, showed the damage made to the environment, presented the new possibilities of technology, and exhibited diversity. The essence of contemporary art is that “Art is Concept.” If we departed from capitalism’s obsession with the accumulation of goods and pursued new lifestyles defined by aesthetics, then we could have a completely different mindset that can lead to breakthroughs for the challenges faced today.

The inequality of technology 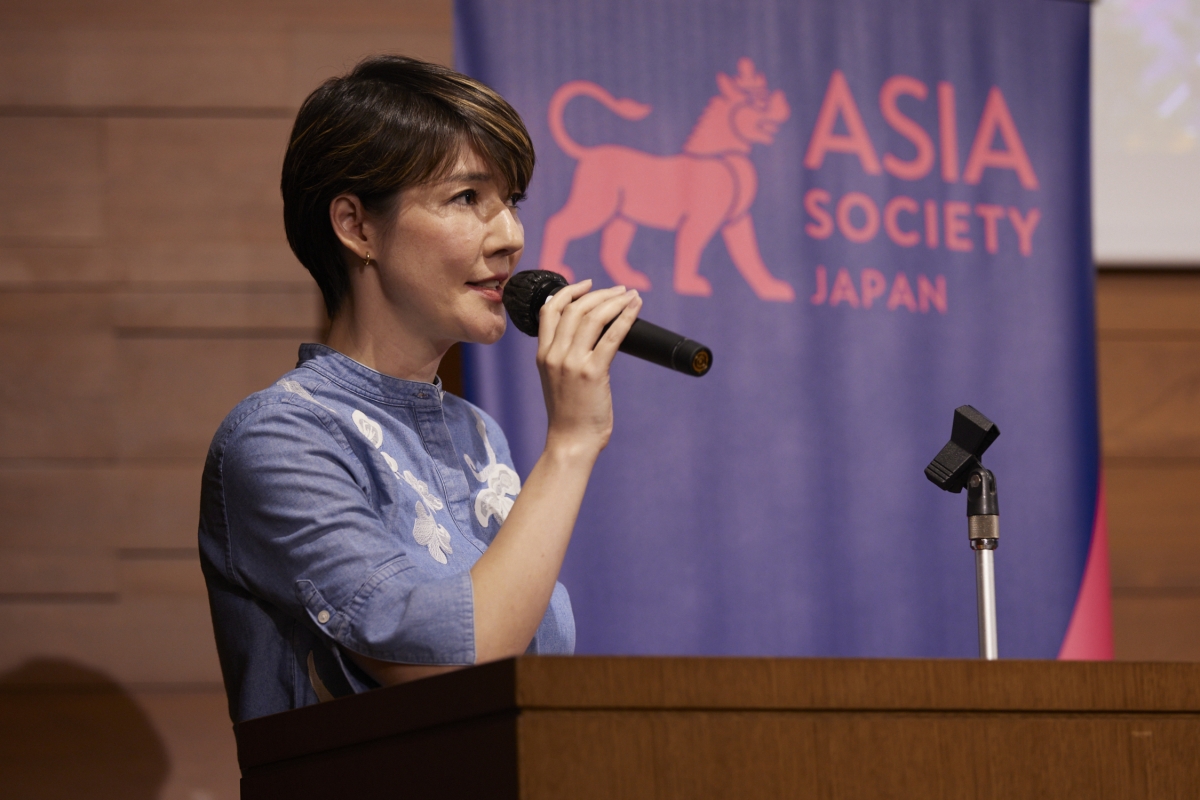 With a mathematics and engineering background, Ms. Sputniko! (Artist and Associate Professor at Tokyo University of the Arts) studied speculative design at graduate school. A former Assistant Professor at MIT Media Lab, she has been concerned that science and technology have not provided solutions for gender gaps or ethnic discrimination. Her works, such as “Menstruation Machine,” highlight the unequal impact that technology has had on women’s lives. Inspired by Joseph Beuys’s notion of “social sculpture,” Sputniko! believes that startup culture may be a new medium for sculpting our future society. She has launched Cradle, a network of over 90 women’s health clinics in Japan, with an aim to reshape the male-dominated society. She also feels that Web3 and NFTs can also offer new ways to empower artists in their engagement with different social issues. 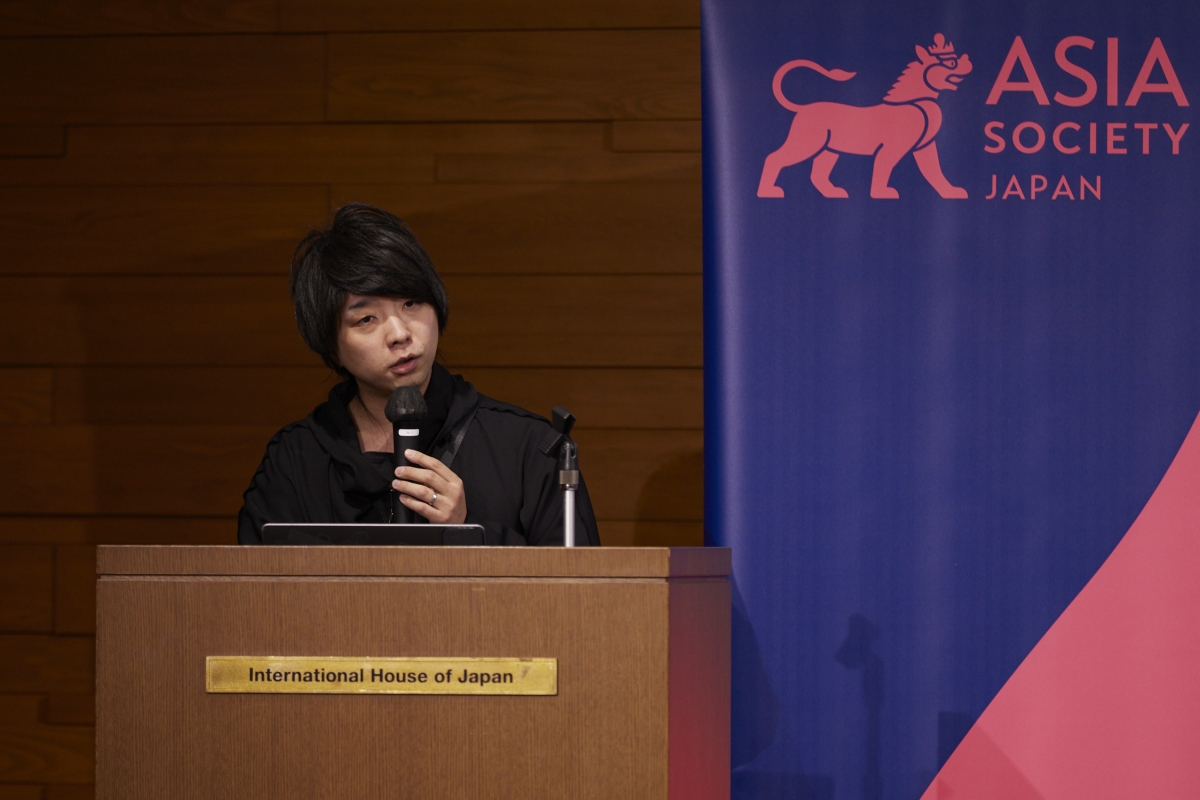 Dr. Yoichi Ochiai (Media Artist) explores the concept of “digital nature” a new environment created through the fusion of the physical and digital worlds. He points out that humans represent a very small fraction of global biomass compared to viruses and other organisms, and that now the total mass of the smartphones that they have produced has exceeded that of humans. When computers reshape “nature” as humans know it, the world’s fundamentals and principles will be overturned. Humans cannot catch up with the evolution of AI. The co-evolution of AI and humans may create a new world where humanity lives in Digital Nature. 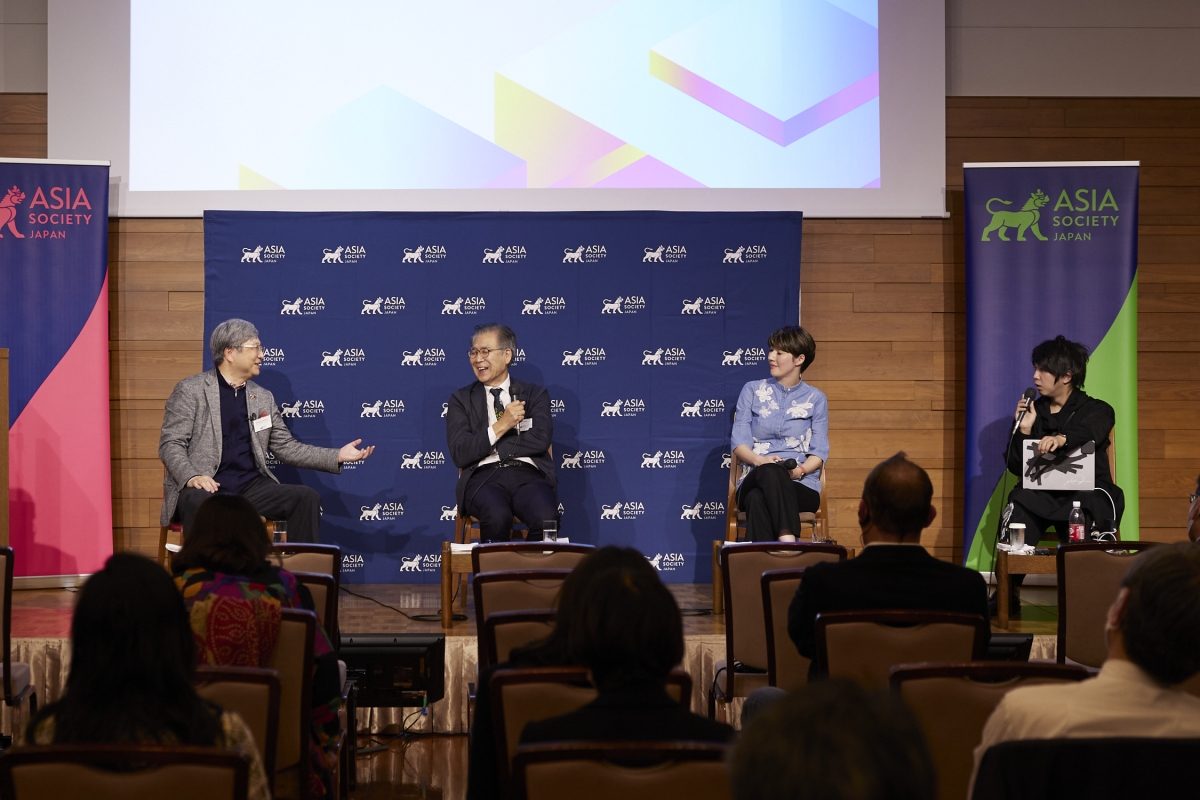 Social art vs the freedom of expression

Mr. Tsutomu Horiuchi (Asia Society Japan Arts Committee Co-Chair) moderated the panel discussion, first asking the panelists if the freedom of art was restricted in any way by social causes of social art—the freedom that art is intrinsically supposed to have. Ms. Sputniko! referred to art as a lens of society. Social media has changed the paradigm in the sense that people no longer need to go to the museum to be exposed to the various social contexts from around the world that are communicated in art. The borderline between what art represents and what it is not has become difficult to define. Mr. Nanjo pointed out that many people become artists to enjoy the freedom of the art world, but some artists creating art for a cause are constantly dealing with censorship. People tend to claim different definitions of art based on their own limited experience. Dr. Ochiai consciously draws a line between his activities as an artist, entrepreneur, and scientist. He feels that while some ideas can only be expressed as art, many of the messages conveyed through some contemporary works would be better communicated through other media or through other professions. Ms. Sputniko! agreed that while art is increasingly used as a channel of communicating political or social agenda, it is sometimes difficult to see the significance of a work exhibited in highly selective venues. 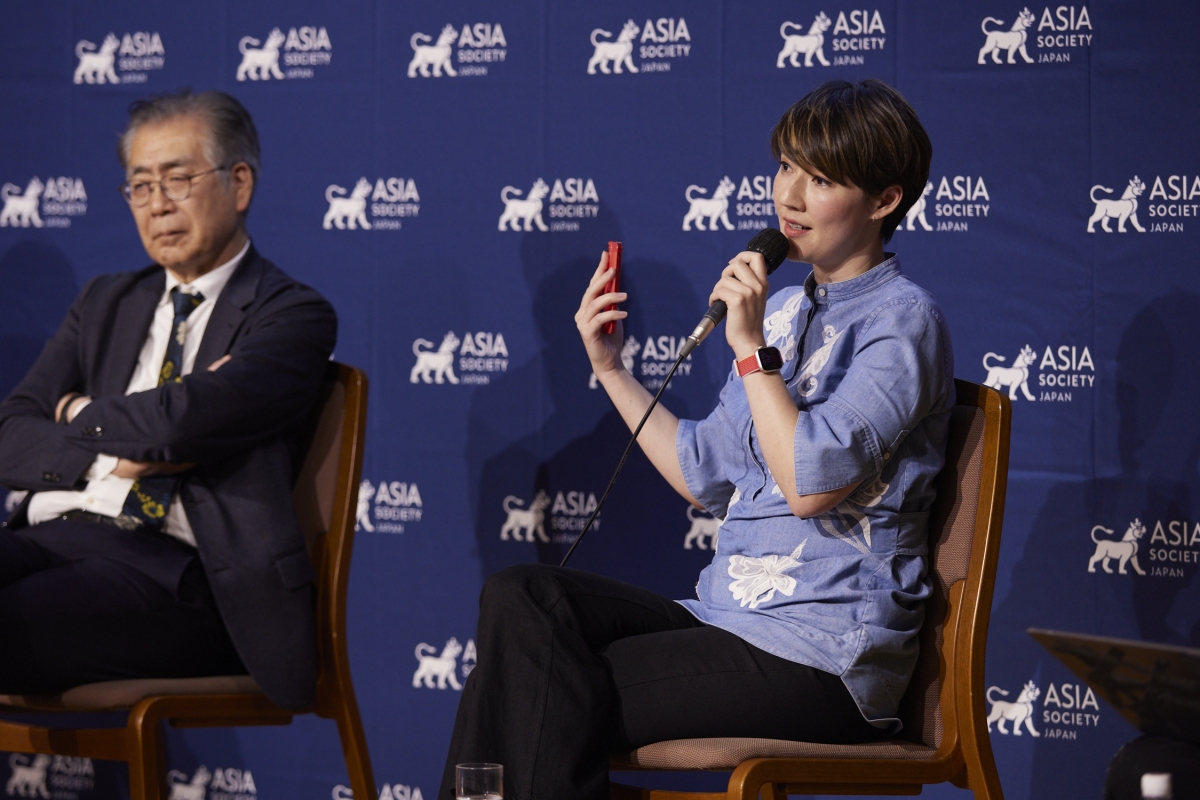 Dr. Ochiai decisively described the SDGs and ESGs to be strategic tools to motivate investment guided by PRI. He feels that the SDGs have been successful in involving indifferent people in solving global problems. Ms. Sputniko! was uncomfortable with Dr. Ochiai’s comment and argued that the SDGs deal with real problems faced by real people. Yet she could understand that in a world led by capitalism, money could sometimes be the only way to communicate a message to certain kinds of people. Mr. Nanjo commented that Ms. Sputniko’s reference to Beuys in her initial comments had reminded him of how Beuys, dissatisfied by the bipolar divide between communism and capitalism in the 1960s, pointed to a Third Way—environment. He had the foresight in choosing the environment as a basis of judgment.

A GX of weapons

Dr. Ochiai found Mr. Nanjo’s initial comment that new values could be guided by aesthetics (not limited to beauty) inspiring and pointed out that Soetsu Yanagi, a leader of the Mingei movement, said that Japanese production was ethical before industrial standards were developed. Ms. Sputniko! pointed out that with gender balance issues yet to be resolved, Japanese industry could not be described to be “ethical,” and the panelists went on to discuss the different aspects and interpretations that a word could embrace. Dr. Ochiai highlighted the irony that many concepts entail, referring to the green transformation (GX) of weapons. The panelists agreed that artists have the power to shed light on different dimensions of an issue. 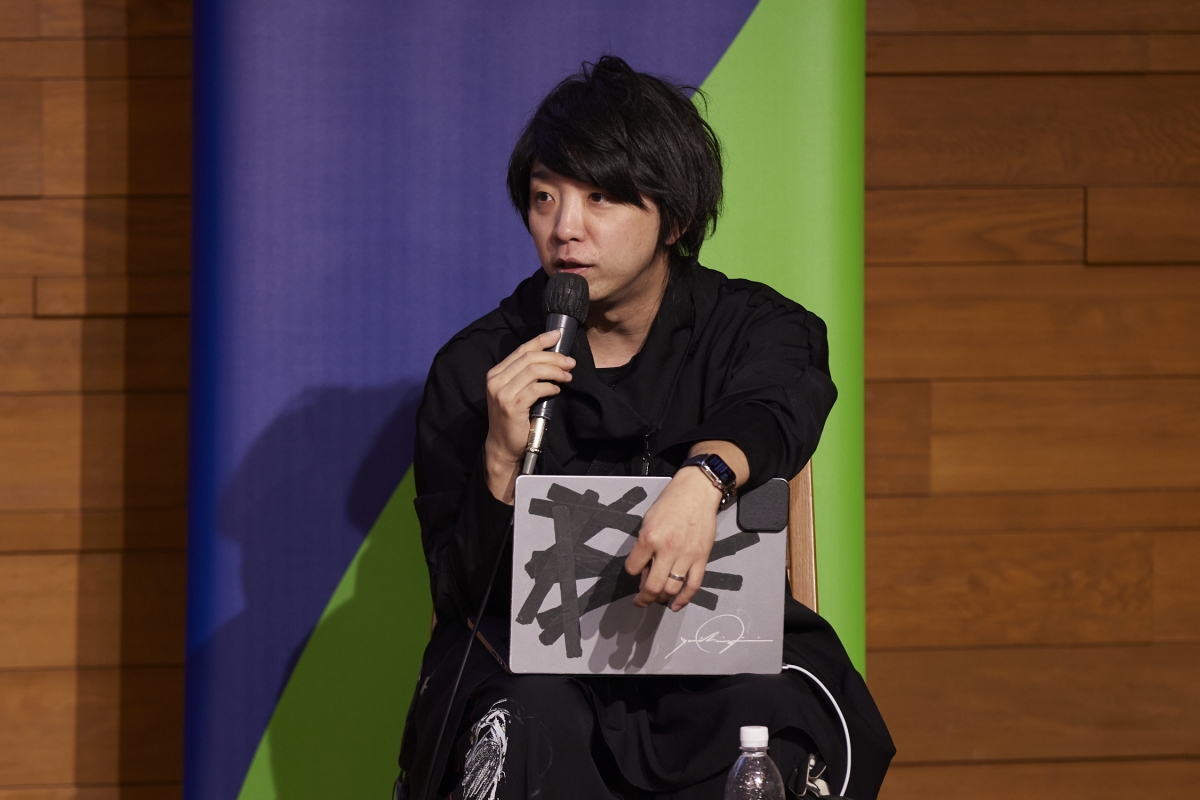 Gender balance in the art world

Gender and cultural balance are becoming increasingly important in international art fairs. While positive discrimination has attracted some criticism, Ms. Sputniko! argued that the minority artists that are being promoted today represent only a small fraction in the entire history of art. Museums and universities in Japan have yet to improve their gender balance.

The possibilities of AI

Mr. Horiuchi asked the panelists how they saw the relationship between the metaverse and digital nature. Ms. Sputniko! saw artificial intelligence (AI) as the photograph of imagination. While being fascinated by the speed that AI can process tasks that humans have taken days and years to do, she questions whether the fundamental value lies in the time spent or the amount produced. Mr. Nanjo mentioned the ongoing debate about AI art being selected for exhibition at art festivals. Some people find legitimacy in the selection process which is a human action. Since novelty is an important value of art, Mr. Nanjo wonders if AI, which is based on deep learning, would be capable of dropping components and taking great leaps to create something completely new. 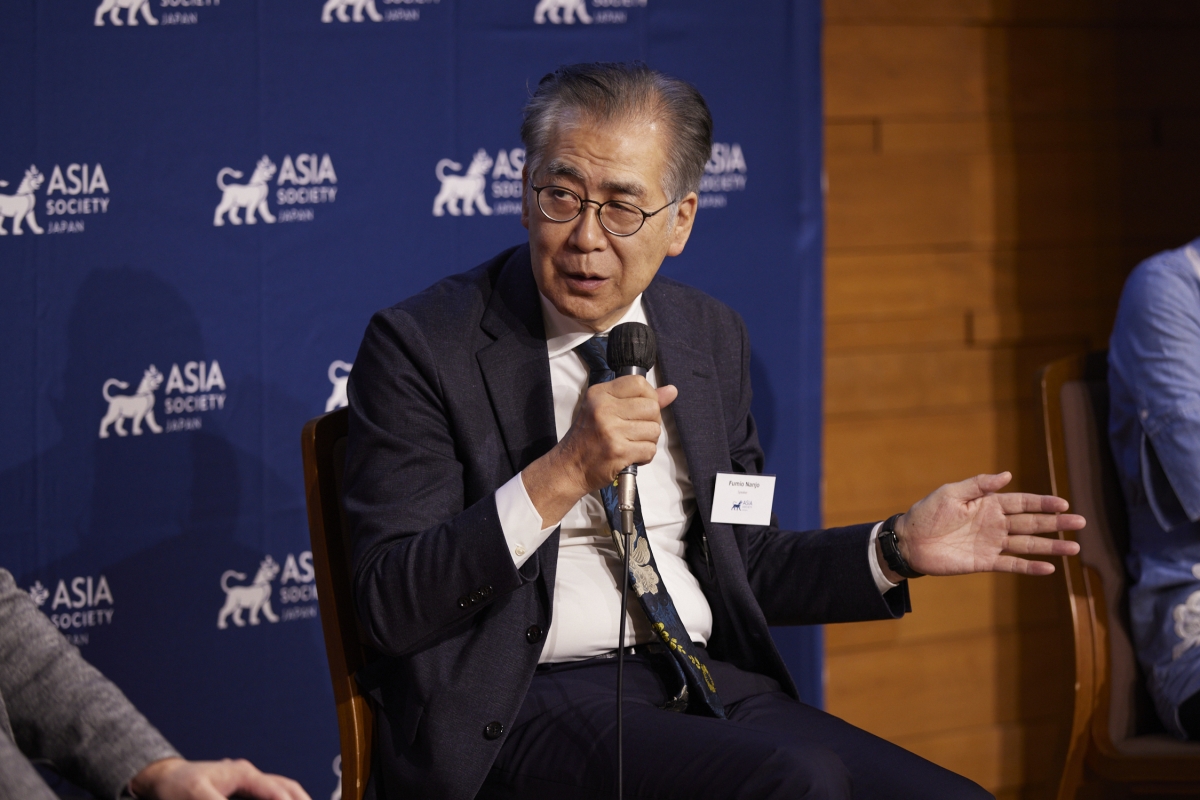 The role of art in society

In conclusion, Ms. Sputniko! said that while not every artist needs to be engaged in social art, art has become increasingly empowering, with more freedom in communication across borders. Mr. Ochiai commented that in a world where all the SDGs have been solved, people can live on just doing art. Art is how we can share happiness, food, clothing, and shelter. 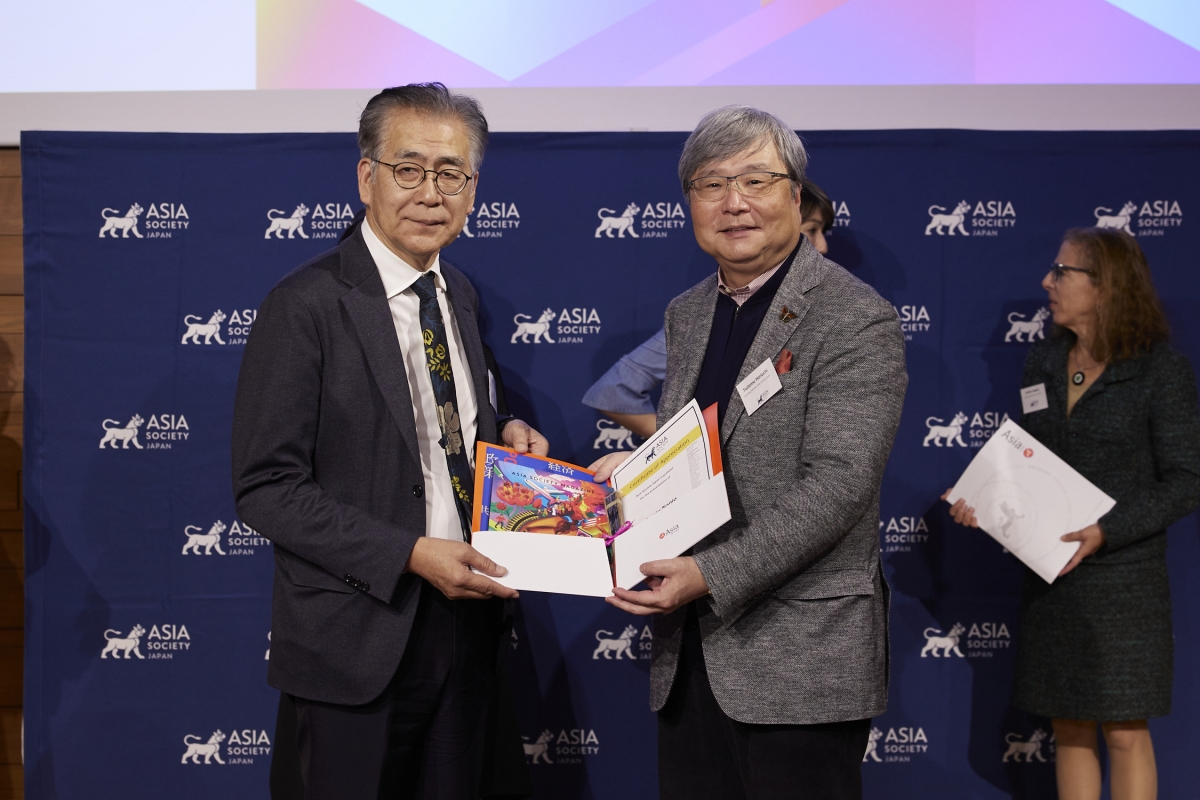 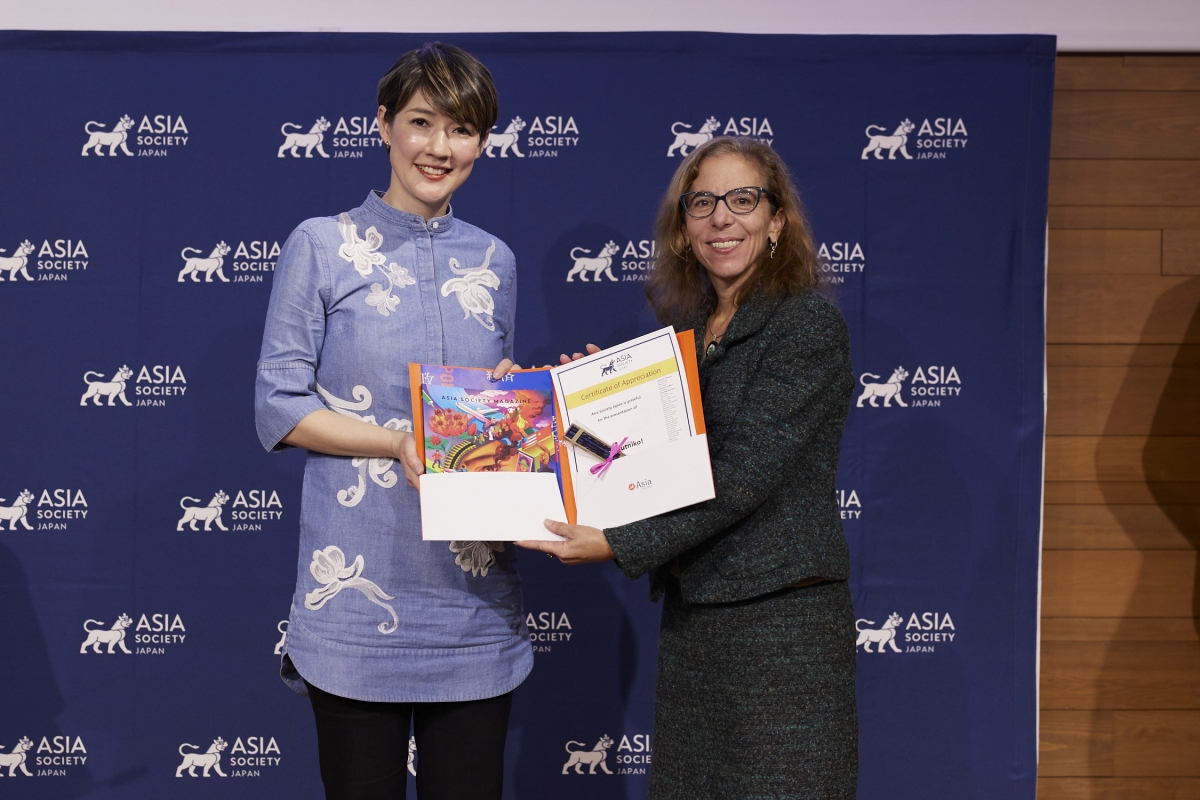 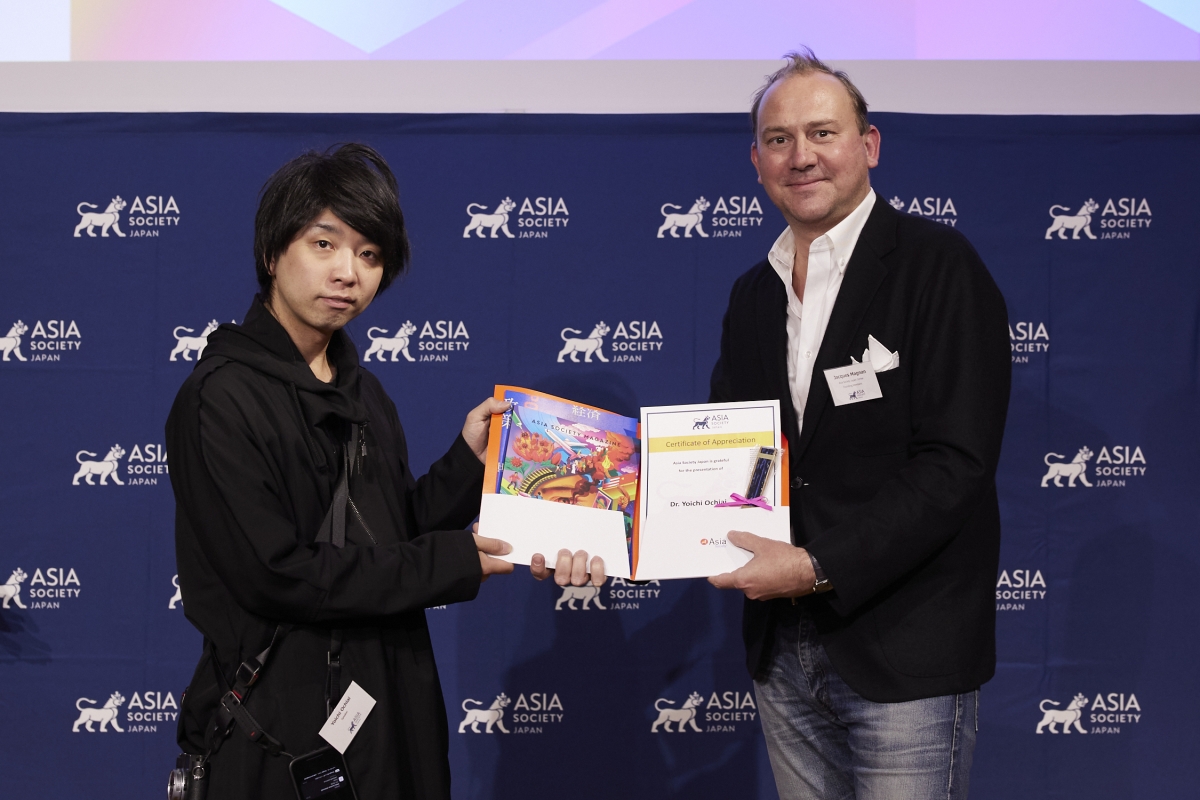