Ambassadors' Circle with the Mexican Ambassador 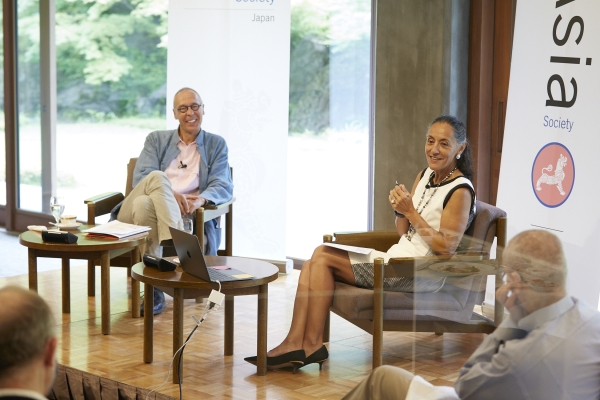 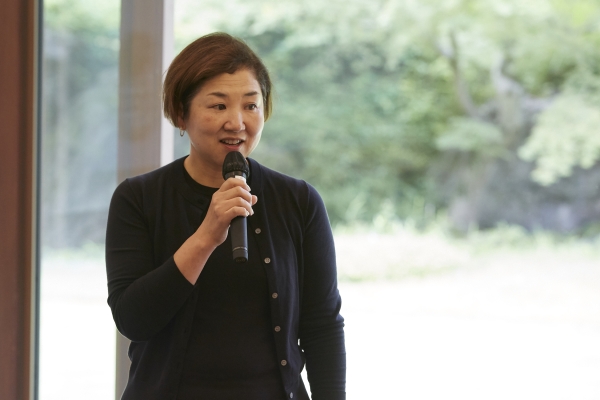 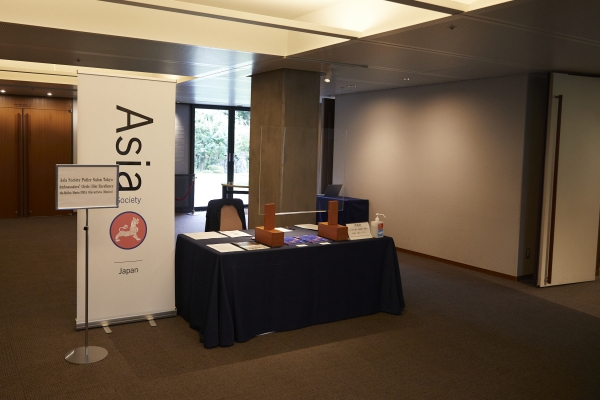 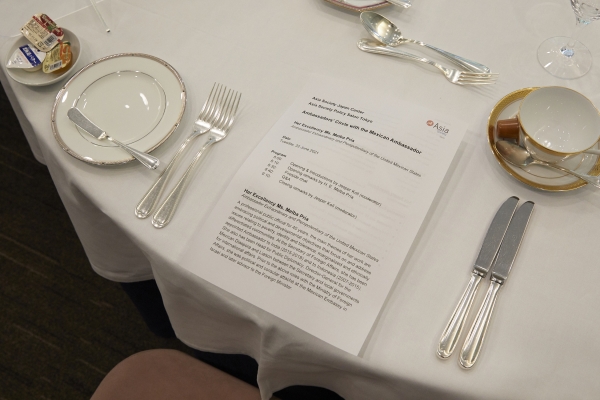 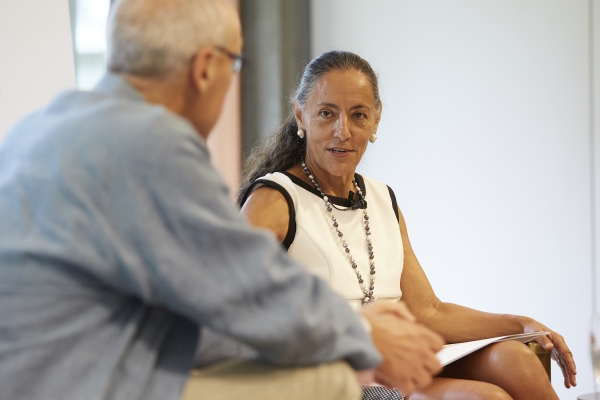 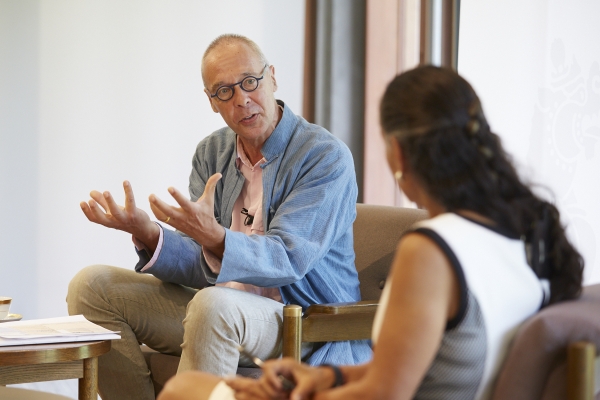 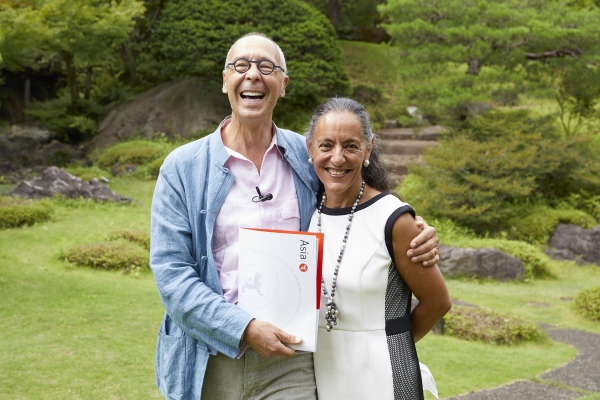 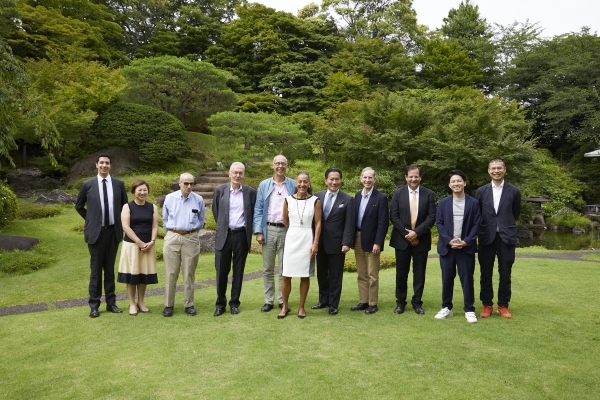 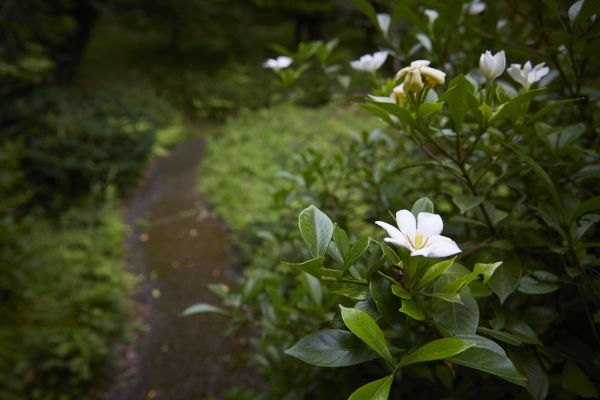 On June 22, 2021, Japan Center welcomed Her Excellency Ms. Melba Pría Ambassador Extraordinary and Plenipotentiary of the United Mexican States to June Ambassador’s Circle. Ambassador Pría talked about Mexico as the power house of North America and its relationships with United States and Canada. She also discussed the strategic partnership Mexico has been having with Japan. Jesper Koll, Asia Society Japan Center’s policy chair, moderated the fireside chat with the ambassador.

The power house of North America

Mexico is the power house of North America, which continues to be the most competitive economic bloc in the world. Mexico has created a successful ecosystem in the context of manufacturing. In the last three decades, Mexico has turned from an oil producer to a high quality manufacturer. In 1990, 45% of Mexico’s exports were oil commodities, but in 2019, 82% of total exports represented the manufacturing industry. Mexico has free trade agreements with 50 countries. Having graduated 180,000 engineers in 2020, Mexico is one the ten countries in the world with highest number of engineers per capita,

Mexico is an integrated production area and its supply chains with North America are deeply connected. Amounting to 15% of global US trade, Mexico was the US’s main trade partner. Forty percent of Mexican exports to the US contains a US component. Six million American employees depend on the economic relations with Mexico. The automotive industry alone represents 20% of the Mexico-US trade. Mexico is the main provider to the US of vehicles and agricultural products, and the second one concerning machinery and electronics.

Canada has identified Mexico as the priority market for export development. Canada represents 35% of Mexican exports and around 15% of imports. Mexico is the third largest merchandise trading partner with Canada, the third source of imports and the fifth most important destination of exports.

From 2014 to 2017, Mexican trade with the US grew by 20% and a similar scenario applies for Canada. North American trade represents 70% of Mexico’s total trade. The main industries for intraregional trade are commodities in general, with 20% of automobiles, 20% of machinery and 15% of electronics. The three countries together form one sold production unit and are deeply integrated economically, commercially, and demographically.

A strategic partnership with Japan

The first Japanese trading companies were established in Mexico in the 1950s. In 2004, after two years of negotiation, Japan and Mexico signed an Economic Partnership Agreement (EPA), the first comprehensive treaty that Japan had ever signed with another country. While Japan tends to be averse to comprehensive economic agreements, Japan opted for one with Mexico because it had been becoming less competitive after NAFTA. Japan needed to grow outside its normal boundaries and sought a gateway to the North American market. For Mexico, it was important to receive Japanese investment and employment. As a result, the automotive industry grew exponentially. Mexico increased its production in the automotive industry by 225% in ten years between 2005 and 2015. 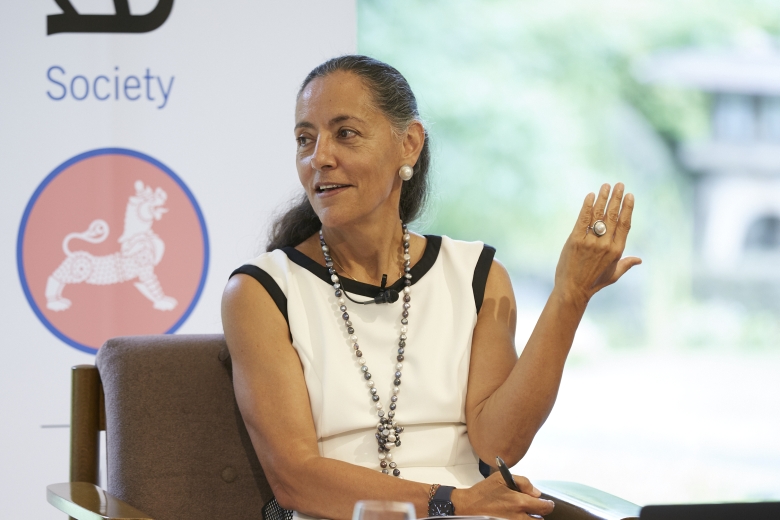 Mexico has integrated an interesting food system with the US. Feedstuff coming from the corn belt is now converted into high value-added pork and beef in the Yucatan Peninsula, ultimately reaching sophisticated markets in Europe and Japan. Being among the top five suppliers of pork, beef, tuna, and bananas to Japan, and the leading supplier of avocados, asparagus and kabocha, Mexico supports Japan’s food security. The overall EPA has been beneficial for both countries. For Japan, it has meant a shift from multilateral to bilateral relations and serves as the basis of a new foreign policy.

Mexico is an important partner for Japan’s presence in North America. With 76% of the automobiles produced in Mexico are exported to North America, Mexico is the launching platform for Japan in the automotive industry.

Japan and Mexico have always treated one another as equals; and hence, negotiations have always sought a balance and a win-win approach. For the moment, it is important that Mexico produces goods for the Japanese domestic agenda, just as Japan contributes to Mexico’s international development. The two countries are key partners in food security and capacity for offshore production for Japanese companies. While North America is a powerful magnet for the Mexico-Japan relations, there is always room to grow in each other’s market and interests.

After Her Excellency’s initial comments, Mr. Koll started the fireside chat with a question about the dynamics of the Mexican internal economy. She pointed out that in 2019, Mexico was the sixth FDI recipient, which was evidence that Mexico an attractive destination for investment. However, like many other countries, the Mexican economy has been hit by COVID-19 and is also challenged with instabilities that are not attributed to the economy itself. Yet, it has an internal force – powerful young people, strong buying power and a successful ecosystem. The free trade agreements it enjoys with other countries has pushed its standards to the highest levels, giving it recognition in not only NAFTA but also the rest of the world. 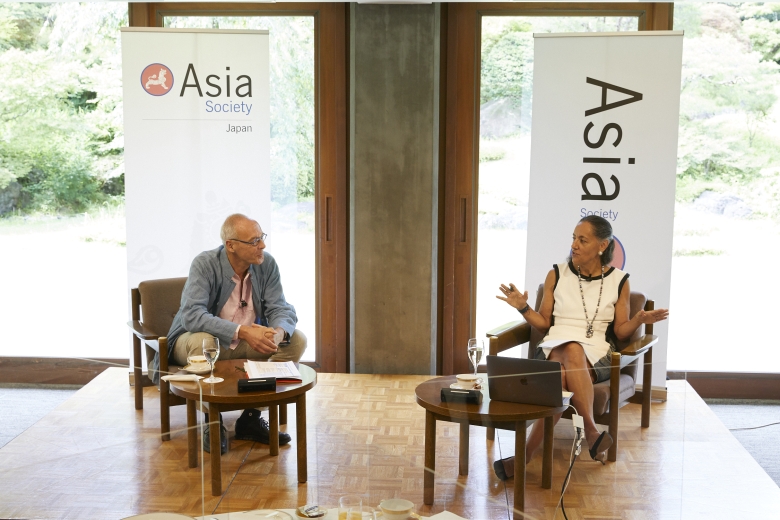 Asked about Mexico’s relations with China, the Ambassador mentioned that while Mexico enjoys good trade relations, China interestingly invests less in Mexico than it does in other Latin American countries. China has made no investments in Mexican infrastructure, as it usually does in many other counties. Mexico has also made it clear that it does not want be a part of the trade conflicts that China has with its neighbors.

Turning to the new US Presidency, the Ambassador said, with humor, that the last 150 days have been “sweeter courting days” than the preceding 150 days. Mexico has always had a strategic relationship with the US. It would be very difficult for the US to break with Mexico, although the Mexico-US agenda is very complicated with many stakeholders and many themes.

Mr. Koll also asked about the status of higher education in Mexico. Mexico offers free education for all learning stages, from kindergarten to doctoral programs; and therefore, a majority of people stay in Mexico for their education, with a portion of elite scholars seeking overseas studies after their initial graduation. With Japan, fifty Masters or PhD students are exchanged every year under Japan’s oldest mutual student exchange program.

The discussion went on to cover Mexico’s ecosystem for innovation and entrepreneurship. Mexico has been working on supporting startups not only for innovation but also for women and young people. Mexico has proactively supported women in the workplace. Fifty percent of the Mexican Diet and 30% of ambassadorial posts are assumed by women. There is much that Japan can benefit from Mexico, which has successfully moved the agenda of women’s participation forward.

Mr. Koll asked what would be on the Ambassador’s wish list to improve bilateral relations between Japan and Mexico. Her Excellency feels that to further economic relations, investors need to feel comfortable and secure about Mexico. Education is another important focus, as it has been interesting to see how the new generation of Japanese people have become introvert. The Ambassador hopes to get them interested in looking at the world and then to Mexico. It is a challenge for every diplomat in Japan as the number of Japanese students studying abroad is getting increasing lower.

Discussions with the floor 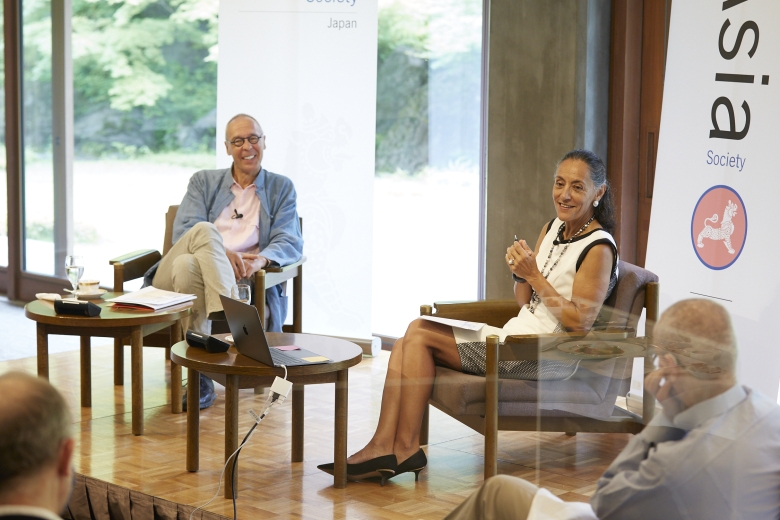 Opening up questions from the floor, the first question asked about how technological changes, such as the spread of electrical vehicles (EVs) and vertical farming, will affect Mexican economy. The Ambassador noted that emerging technologies will have an impact on the workforce and the way we do things as it will in other parts of the world. Requiring less land for agriculture may be beneficial, but water scarcity will remain a challenge induced not by technology but by climate change. With the shift to EVs, batteries will become an important industry; however, lithium, which Mexico is home to potential reserves, is not necessary a clean industry and there is much to be discussed.

What is Mexico doing to promote agricultural exports? Mexico is an important food producer and should be distinguished from Brazil, as it eats all of its corn, which thus will not be converted into fuel. Natural fibers is also an important sector, although it does not produce as much cotton as it used to as more competitive producers have emerged in other parts of the world.

Has Mexico made progress in deregulating its energy sector? Mexico has regressed in terms of its energy policy. Mexico once opened up its energy sector to promote renewables, including wind energy, but the current government has decided to slow developments in these areas and boost oil production again.

To promote Mexican food exports, the embassy has published a cookbook of 100 Mexican recipes that can be made in Japan and a YouTube video has been made for every recipe.

The conversation then went on to discuss how promotions are designed to let people know about Mexico. The Ambassador mentioned how media can deliver misleading messages or just a part of the whole picture. She elaborated on about how the country is challenged with the issue of illegal drugs being carried over land from South American producers to its northern neighbor, after the “Ocean Door” was closed.

The conversation was concluded with shared excitement for the coming Tokyo Olympics.