Why France Wants To Be an Indo-Pacific Country

Europe's Presence in Asia and the French Elections 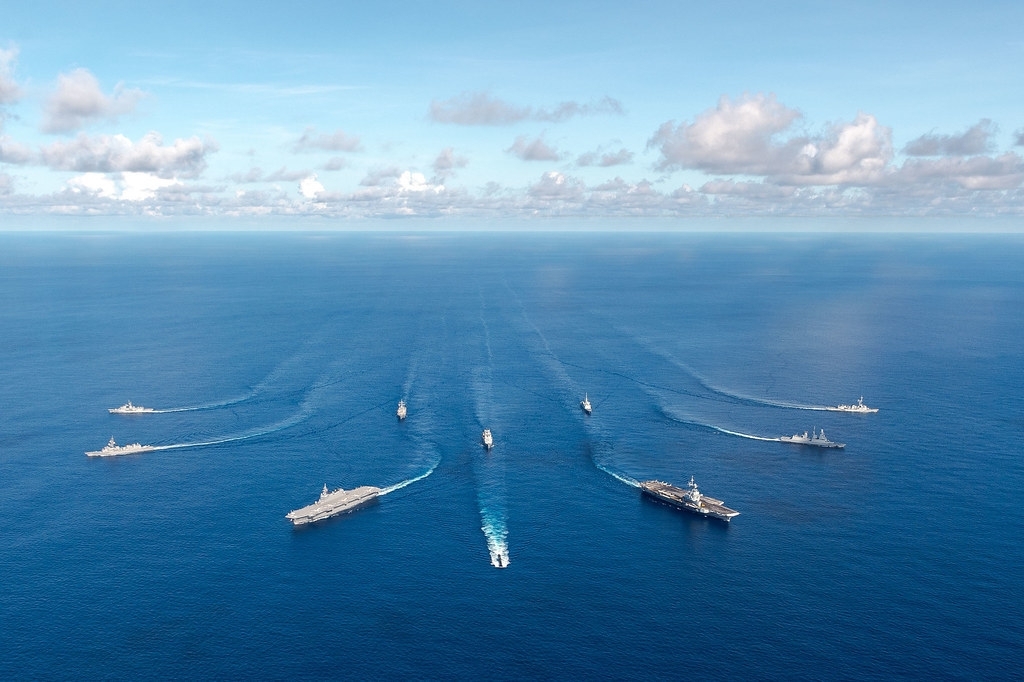 USS Lawrence sails with ships from the Australian, Japanese and French navies during Exercise La Perouse by #PACOM is marked with CC BY-NC-ND 2.0. To view the terms, visit https://creativecommons.org/licenses/by-nd-nc/2.0/jp/?ref=openverse

In 2018, France was the first European country to launch an Indo-Pacific strategy. With 1,5 million citizens in its overseas territories, France has always seen itself as a key player in the Indo-Pacific – and has formulated ambitious goals for its EU presidency in the first half of 2022 to advance Europe’s engagement. With the presidential elections underway, we ask how the French government under President Macron has advanced its interests so far in the Indo-Pacific, and what we can expect from the next few years. How aligned is France’s strategy with the interests of the EU as a whole? And how much engagement can we expect in the Indo-Pacific with the global consequences of the war in Ukraine?

Christophe Penot is the Ambassador for the Indo-Pacific, French Ministry of Foreign Affairs, since November 2020. He was previously the Ambassador of France in Australia from 2017 to 2020, and Ambassador in Malaysia from 2014 to 2017. He was also formerly the Director of Properties and Investment of the French Ministry of Foreign Affairs from 2010 to 2014, the Deputy Head of Mission of the French Embassy in Tokyo from 2005 to 2010, and was also the Deputy Head of Mission in Ottawa from 2003 to 2005. Some of his other roles include seconding to the Foreign & Commonwealth Office from 1995 to 1996, political counselor at the French Embassy in London from 1996 to 2000, First Secretary in Hanoi from 1983 to 1986. He joined the French Ministry of Foreign Affairs in January 1983. He is a chevalier de l’ordre nationale du Mérite and is a chevalier of the French Legion of Honor. He is an English and Chinese studies graduate from l’Université d’Aix-Marseille.

Mohit Anand is Professor of International Business and Strategy at emlyon business school (France). He has over 16 years of experience in industry and academia, including six years of management and consulting experience in the insurance industry with companies like Allianz and ING group. Furthermore, he has been a visiting faculty at Shri Ram College of Commerce (SRCC) University of Delhi and ESCE (Paris). His research interests include Emerging Markets, Innovation and BOP studies, with a specific focus on Microinsurance (Financial Inclusion), Frugal and Reverse Innovation. While more recent areas of interest include Geopolitics in Asia, Regional Trade Blocs and Public Policy Innovations. Several of his papers have been published and presented in leading international journals and conferences. In 2018, he received Milliman Fellow in Microinsurance at ILO-ITC Impact Insurance Academy, Turin, Italy.

Joseph de Weck is the author of Emmanuel Macron: Der revolutionäre Präsident, a German-language essay on Macron’s France. He is Europe director at Greenmantle, a macroeconomic advisory firm, and a columnist with the German foreign affairs magazine Internationale Politik Quarterly. De Weck is a fellow with the Foreign Policy Research Institute and previously worked for the Swiss ministry of foreign affairs in financial and trade diplomacy. Joseph holds a BSc from the London School of Economics and a MA from Sciences Po Paris and the University of St Gallen.