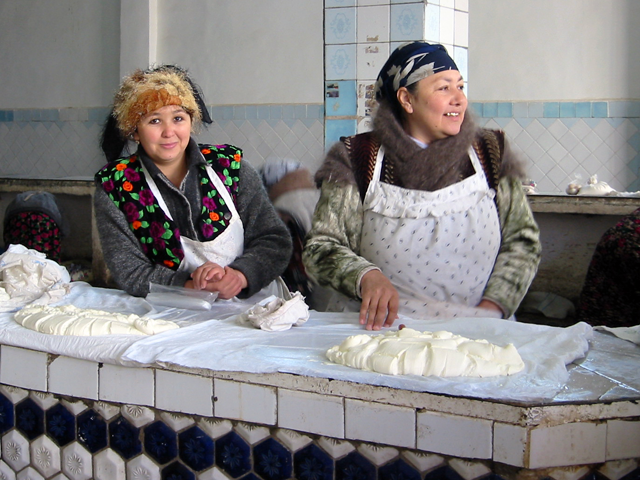 Money may not hang from trees, but it can grow. Sometimes all you need is a little bit to get started. Microfinance enables people to escape a cycle of poverty by giving them loans to start a trade or business and savings accounts to accrue interest. Working at the ground level of poverty, microfinance plants seeds of a better future.

The idea behind microfinance is simple: offering basic financial services to the poor, instead of offering donations, can enable them to lift themselves out of poverty. Micro-loans, usually in amounts under $200 U.S., give people the chance to start a small business. A woman living in an isolated village in the Philippines, for instance, may take out a loan to buy a cell-phone. She then rents out her phone on a per-call basis. A woman in Bangladesh, meanwhile, may take out a $40 loan to start up a small trade business. She will spend part of the money to buy dried fish, nuts, and chocolates and use the other part to pay for her bus fare as she travels to various towns. Other people may use their loans entirely for transportation to get goods that they already produce to a market where they can sell them for a profit.

While microfinance institutions thrive in urban settings, they are also have the ability to change life for the better in rural areas. A successful business in a rural village could employ several people. A new cell-phone business in an isolated village, meanwhile, provides an important link to the outside world. A trade business can benefit the villagers who produce the items.

Microfinance programs also provide clients with other basic financial services that they need to grow the money they earn. They provide savings accounts, so that clients can safely store their money and earn interest over time. They also offer insurance so that sudden mishaps do not mean family ruin. Some also provide “consumption loans.” These may cover a sudden expense like a child’s tuition.

One of the most innovative aspects of microfinance is that it engages communities, not just individuals. Some microfinance institutions organize small “solidarity groups” of about five people, while others have groups as large as fifty people. Individuals receive loans, but the group is responsible for repayment. Sharing the responsibility gives the bank assurance that the loan will be repaid without the need for collateral, which people living in poverty simply do not have.

Because all members are invested in one another’s success, they offer peer-support to one another. Group members meet weekly to ensure that they maintain stable savings and loan repayments. Different groups have varying levels of autonomy. Some determine interest rates, repayment terms, leadership positions, and penalties for default.

Personalized services also help many clients succeed. Sometimes this is as simple as having a bank representative come to collect the weekly loan payment (instead of insisting the client comes to the bank). Most microfinance clients are women. Often they are caring for small children and managing family responsibilities in addition to running their business. Saving a weekly trip can make a big difference.

Many microfinance institutions go further to offer business development services to help their clients become more successful. They can offer skills-training, help their clients network, and give advice in the details of running the business. For instance, they may help a client who has started a village cell-phone program decide how much to charge for a call.

Interest rates for micro-loans range between 15-35 percent. This is higher than many government loans, but it covers the cost of client services like running group meetings and the expense of managing many small loans. As loans are repaid with interest, the microfinance institution grows wealthier and is able to cycle more money into the community. Many people apply for a series of loans. For instance, an initial loan may help a client set up a small kiosk. As this succeeds and the loan is repaid, the client will take out a second loan and expand the business into a store. In the best-case scenario, the business grows big enough to employ other people in the community.

In order to be truly successful, microfinance will have to pay for itself. Currently, many microfinance institutions are funded through donations. Yet the Grameen Bank in Bangladesh is self-sufficient. The Grameen Bank has also found that its clients are reliable. It has a 95-98 percent repayment rate on its loans. This is higher than the repayment rate on student loans in the United States. Some people would like microfinance to eventually be a profitable business. Others, however, worry that if expectations for profit are mixed in, the central mission of improving the lives of poor people will be weakened.

Microfinance is still young and its proponents are still working to improve the model. Critics have accused microfinance institutions of harsh treatment towards people who default on loans. Others have said that accounting practices at some institutions are lax. After the December, 2004 tsunami devastated coasts along the Indian Ocean, microfinance services were offered to people in Sri Lanka as a means to rebuild. However, services were only offered to people who had lost a certain amount in the tsunami and who lived near the coastline. This caused resentment among people who were ineligible for aid, but in some cases needed it more acutely.

In general, however, microfinance has proved adaptable in many countries and under various government regulations and social structures. It is changing lives in Nepal, the Philippines, Indonesia, Kenya, India, and China. Microfinance has even made inroads in the United States in recent years. According to the United Nations, microfinance is an important part of its strategy to halve poverty by the year 2015. Thinking small can start a world of change.