Microfinance in China: Micro vs. Mandarin 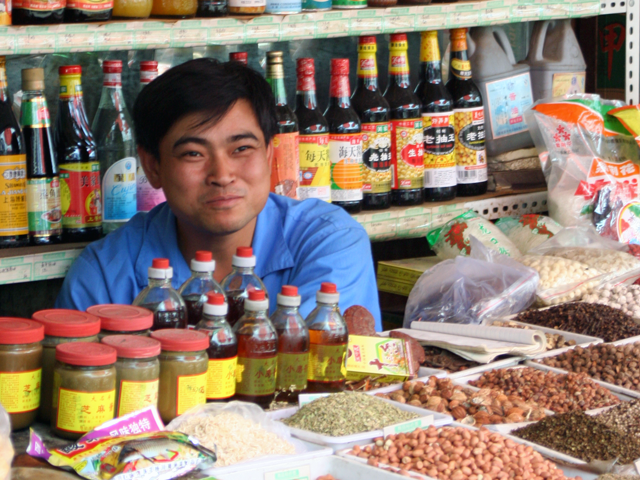 The most famous microfinance institution, the Grameen Bank, grew strong in the unregulated markets of Bangladesh. Nimble and flexible, the model built by the Grameen Bank proved to be an effective agent against poverty. It cut its teeth around the world, flourishing in Egypt, Bolivia, Uganda, Pakistan, and East Timor. But China was a different matter entirely. Would microfinance achieve new heights, or perish in the seemingly inhospitable market climate of China?

The world’s most populous nation, China is home to 200 million people living in poverty. This is 17% of all the world’s poor. If people hope to solve global poverty, China cannot be ignored. However, the existing social organization in China posed steep challenges. Tight government regulations threatened to bog down microfinance’s trademark strategies. Moreover, microfinance was born entirely from a principle of capitalism: namely that wealth is grown, not distributed. This is at odds with China’s purported socialism. While China had some effective means of combating poverty, many of these strategies were not helping the poorest of the poor. How, then, did microfinance find its way through uncharted territory?

In a word, microfinance adapted. For instance, the proven practice of forming groups of five clients, a hallmark of the Grameen Bank’s strategy, was difficult in both rural and urban areas of China. In many cases, both rural and urban areas were already organized into hierarchical units under the central government. People were not used to working outside of these groups. Therefore, microfinance institutions had to create groups that more closely resembled existing organizations. In some villages for instance, there were compulsory weekly meetings for almost the entire populations. These replaced smaller leadership meetings that were seen as central to microfinance’s success elsewhere. Microfinance institutions also bent the rules and allowed relatives to be members of the same group. They also relaxed their policy of having all-male or all-female group members.

Perhaps the greatest obstacle facing microfinance in China was and remains strict governmental regulations. China prohibits non-financial institutions from offering financial services to the public.To solve this problem, governments and microfinance donors are granted temporary legal exemption for their projects. There was a price, however: these organizations are not allowed to operate as independent institutions. They receive funding from the Chinese government and must accept the strings that are attached. For instance, if the government wants to target some people with loans and not others, the institutions must comply.

Despite these obstacles, microfinance began to reach the people who needed help the most. The inconvenience of weekly meetings as well interest rates that exceed those of government loans dissuaded people who are better off from participating. Microfinance institutions could focus on their mission of improving the lives of the people who were the most poor.

With China creating a market-based economy since the 1980’s, its socialist economy, and the important safety nets that accompanied it, are disintegrating. Even as the economy has grown and many Chinese citizens have become wealthy, those in rural areas are left further behind. The government fears uprisings that threaten their power if the numbers of poor grow too large, or if their situation becomes too desperate.

While microfinance has left a successful footprint on China, microfinance practices worldwide may benefit from what was learned. For instance, while unregulated markets in Bangladesh gave microfinance room to grow, many groups are hoping that now rules and oversight can protect borrowers from practices such as high interest rates and inconsistent procedures. As microfinance in China has proven, the model is adaptable and can succeed in many climates.