Field Trip of Dreams: Bringing the World to Your Classroom through Film | Asia Society Skip to main content

Field Trip of Dreams: Bringing the World to Your Classroom through Film 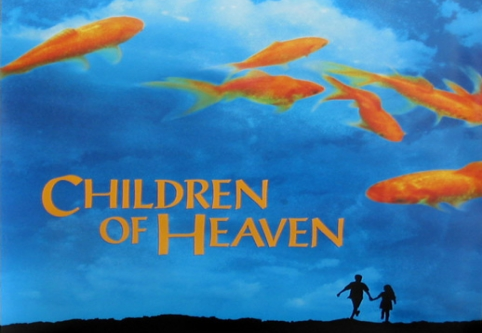 What if you could take your students to all corners of the globe and introduce them to the people and ways of the life in a different country—and be back by lunchtime? These days, with a wealth of foreign DVDs readily available, foreign films can be a meaningful and effective teaching tool. Joanne Ashe, Founder and Executive Director of Journeys in Film, credits her experience at the 1998 Sundance Film Festival with sparking her idea to combine film and education. “I realized after a week of seeing these foreign language films, I had been around the world and I really felt I had met people from all over the world through these stories.” Yet the very ability of films to immerse audiences “increases the need for an analytic approach,” according to Tanya Lee, Program Director of the Asian Educational Media Service (AEMS). With a few guidelines as well as savvy use of resources, educators can choose an engaging and age-appropriate international film with high artistic merit and effective cultural insight, and effectively integrate it into the curriculum.

First, and foremost, Anna Mara Rutins, Director of Program Development for Journeys in Film, insists that students respond to films with “quality content.” If the protagonist is the same age as the viewers, then “there is an instant connection for students.” Lee agrees that she too initially evaluates a film “on a gut level,” asking, “Is this interesting? Does this grab me?”  She too says, “I really look for some way that people can relate to contemporary life in Asia,” like blue jeans that are produced in a sweatshop in “China Blue” or baseball in the Japanese film “Kokoyaku.”

Age appropriateness is another important consideration, as some films may grapple with violent themes or coming of age issues that will not be compatible with all grade levels. Ashe has found that middle school students find feature films, as opposed to documentaries, most compelling. “For middle school kids, a documentary won’t grab them like a good story.”  For teachers who wonder whether their students will be impatient with subtitles, Ashe and Rutins insist that they are no impediment to an engrossing film, and that they can even be an effective way to build literacy skills.

Most teachers can easily identify a film’s suitability in regards to age appeal and appropriateness. A greater challenge lies in considering cultural perspective, watching out for what Lee terms  “glib generalizations.” To identify these, she recommends a quick Google search to learn about the filmmaker and access some reviews of the film.  Politically motivated films do not necessarily have to be rejected. Ashe recalls that the Tibetan film “The Cup” engendered negative impressions of China on behalf of students.  Likewise a self-centered boy in the South Korean film “The Way Home” led some students to unconstructive assumptions. These would be drawbacks if the films were simply shown to students, but when they are integrated into a larger lesson, these can serve as launching pads for historical and cultural exploration, as well as an examination of narrative perspective, character development, and media literacy.

Lee cautions that investigative analyses are in fact no less important when watching documentaries. “It is obvious in a fictional film that you are seeing one perspective. A documentary is also story--it is told from a particular point of view. You can learn a lot from a documentary, but you can’t be any less critical than you would with a fictional film.”

Both Journeys in Film as well as AEMS offer workshops and curriculum guides for teachers, featuring pre-viewing geographical, social, and historical context, as well as post-viewing media literacy.  Some participants use their professional development budget to attend, others write proposals asking for funds from local businesses, clubs, or global corporations.  More and more filmmakers are also developing lesson plans for their films, and making these available on their Web sites.

As for obtaining the films themselves, Journeys in Film offers carefully selected films and lesson plans for purchase through their Web site.  Often, a school’s library or media center will cover the cost.  AEMS, meanwhile, has an exhaustive electronic database of Asian films that is constantly being updated.  To glean the best titles for classroom use, teachers can access the reviews written by academic experts for the AEMS newsletter.  The AEMS database provides a direct link to film distributors, though buyers must be aware that films purchased from a foreign distributor may have a different regional code, and hence may not be compatible with a computer or DVD player purchased in the United States.  Educators who wish to borrow titles from a library system are in a good position if they are connected to a university library, but otherwise can link to the WorldCat system through their local library.

Bringing film into the classroom entails a certain amount of planning and consideration, as would an actual trip, but this “visual storytelling” as Ashe and Rutins call it, reaps huge rewards.  They have received hundreds of letters from teachers and students testifying how Journeys in Film touched them on a personal level, while opening their eyes to the world.  One such student wrote after watching the Iranian film “Children of Heaven:”

I learned many things about Iran. One of the things I learned is that the neighborhoods are somewhat similar to American neighborhoods. My first impression of the Iran was that the whole country was poor. But, after watching this film, I saw that there are areas like America. Rich neighborhoods, poor neighborhoods, and there also were expressways similar to the ones you may see in American. I also learned that in Iran you wrote from right to left and I never knew that before.

Journeys in Film  http://journeysinfilm.org
Journeys in Film is a non-profit cultural organization that offers in-depth curriculum guides for international films that address a variety of global issues.

WorldCat www.worldcat.org
WorldCat is an online database that allows you to search through library collections—in your area or around the world. (Borrowing and interlibrary loan policies are set by your library or libraries.)