Standards for a Stronger Future 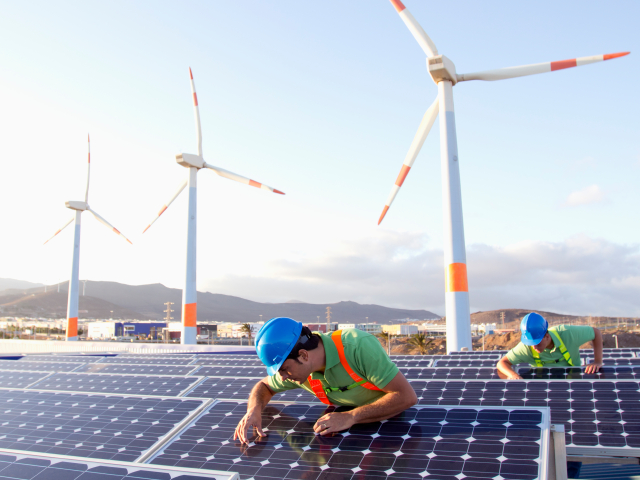 The link between a person’s education and success in their career has grown stronger in today’s global economy. The trend is only expected to intensify, adding pressure onto education systems to teach students rigorous academics and skills that match the demands of the 21st century.

In June 2012, Career Technical Education (CTE) State Directors released the Common Career Technical Core (CCTC)—a states-led initiative to ensure that CTE programs are consistent and of high-quality across the nation. The CCTC are program-level CTE standards ultimately designed to provide all students—youths and adults—with equal access to a comprehensive education that helps them succeed in their lives and careers.

The CCTC includes a set of standards for each of the 16 Career Clusters™, and their corresponding Career Pathways, that define what students should know and be able to do after completing instruction in a program of study. The CCTC was developed to align with other college- and career-ready standard efforts, such as the Common Core State Standards in English language arts and mathematics, while also articulating industry expectations in each of the 16 Career Clusters™.

The CCTC also includes an overarching set of Career Ready Practices that apply to all programs of study. The Career Ready Practices are 12 statements that address the knowledge, skills, and dispositions that all students, regardless of their career path, should acquire to become career ready in the global economy. Here are examples of these practices:

We know that every student in the 21st century global society must have both the skills and perspectives to navigate the dynamic playing field. The CCTC are coupled with the Career Ready Practices to ensure students are taught to comprehensive standards that lead them to be well-rounded, successful individuals.

CTE: The Connection Between the Economy and Education

This is not the first time CTE has transformed to keep pace with the changes in education and the economy. In the early 1900s, CTE made significant shifts when the nation emerged from an agrarian into an industrial economy. Then, CTE programs helped to train individuals with the skills needed to boost our nation into the 20th century and to secure a global leadership role.

The 21st century also has inspired changes in CTE. In 2000, a U.S. Department of Education grant designed to support the development of knowledge and skills statements for the federally identified 16 Career Clusters™, was the impetus for CTE State Directors across the nation to come together and support the development of the Career Clusters™—a common organizing framework for CTE programs nationwide. That decision by the CTE State Directors in 2000 was the first states-led initiative to defining common expectations for CTE.

Today, all states use Career Clusters™ as an organizing tool for CTE. However, the scope of adoption varies from state to state and largely reflects state economic and workforce, not national or global needs. And while the Career Clusters™ project certainly advanced the image, scope and expectations of CTE, the knowledge and skills statements that were associated with the Career Clusters™ had less consistent adoption.

The National Association of State Directors of Career Technical Education Consortium (NASDCTEc) realized that in order to achieve the ideals of our new vision, CTE would require standards to frame the definition of consistent, high-quality programs. Hence, we united around a movement to develop the CCTC because we believe that all students should have equal access to a high-quality education and career opportunities.

Forty-two states, the District of Columbia, and Palau participated in the development of the CCTC. The multi-step process incorporated input at various stages from approximately 3,500 teachers, business and industry experts, administrators, and researchers from across the nation. The CCTC is a product of a collection of assessed state and industry standards and input from experts who know what students require to be career ready.

After significant input from working groups appointed by the participating states, a draft of the CCTC was released in May 2012 for public comment. An independent education research firm facilitated the process to make certain the CCTC include the best input from business and industry, and education experts. The state-appointed working groups evaluated the public comments, made revisions as appropriate and arrived at a consensus agreement of the content of the CCTC standards. The standards were formally approved by the NASDCTEc Board of Directors in June 2012.

NASDCTEc will launch an initiative to coordinate a gap analysis to compare each state’s current course-level standards against the CCTC program-level standards. Based on the gap analysis, each state will decide whether or not to adopt the CCTC and identify a plan for aligning current state expectations to the CCTC. The gap analysis will be conducted by a team of third-party experts to ensure quality and consistency across the states.

Across the nation, students, regardless of where they live, should have equal access to an educational experience that prepares them with the knowledge and skills to succeed. The CCTC establishes a clear, common and high-level standard for our CTE programs and how we, as a nation, should prepare our future workforce.