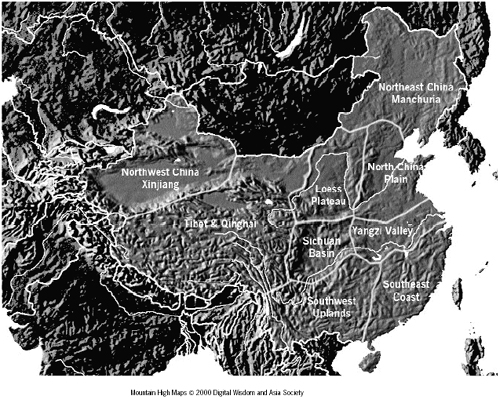 Students understand China and its geography by creating travel brochures for China's nine distinct regions. Groups then combine their brochures into a bulletin board map of China, discussing commonalities and distinctive features. A simplified version of this may be used in Chinese language classes, wherein students describe the regions in Chinese.

Have students look at a terrain map to divide their home into subregions. Ask them to create collages that address the terrain, climate, industry and economy, housing/shelter, and diet of their home region. Lead the class in a discussion of the similarities and differences among the individual collages.

Consider staging a national conference, whereby each group serves as representatives of their region. They present, as an open letter to the nation, a list of three to five of its significant contributions and outline two resources/commodities/services for which their region is dependent on others.