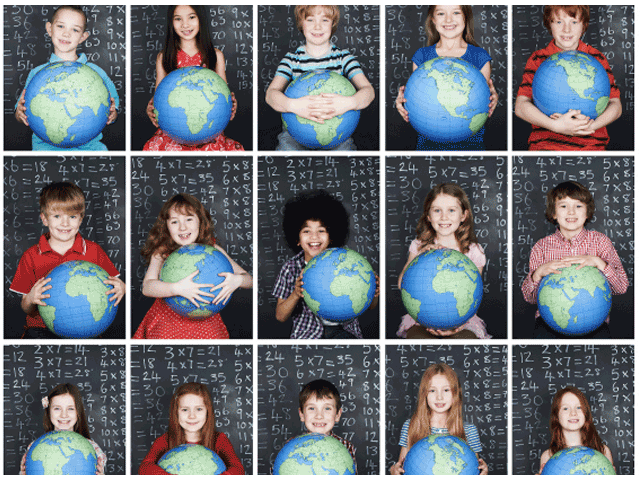 Teachers today face a conundrum: they lack the hours needed to help students master requisite proficiencies. This burden is amplified for those teaching language immersion classes. Some split their students’ school day with an English teacher, and most must use additional time to explain concepts and build skills in a language that is not students’ mother tongue. Some experts, however, are proving that math and language immersion can be a formula for efficiency in learning both subjects. Asia Society spoke with educators from Utah and educators from Minnesota shared their strategies for combining these two subject areas.

First, they sought a curriculum flexible enough to suit the different programs of ten districts, ultimately selecting the enVisionMATH Common Core product by Pearson because it was topic-driven. “If there was a school district that was using GO Math or Math Expressions,” says Talbot, “we could use a Chinese enVisionMATH topic that the teachers would be able to align successfully with the math topic that was being taught by the other grade-level classrooms.” EnVisionMATH textbooks are also available in Chinese for first through fourth grades, with versions for higher grades expected in the near future. Since Utah uses a fifty-fifty immersion model, where the day is split between two separate teachers giving English or Chinese instruction, a dual-language curriculum makes it easy for educators to coordinate their efforts.

Utah curriculum developers also used enVisionMATH’s story problems to create descriptive lesson plans that identify content and language objectives as well as vocabulary, explains Tessa Dahl, coordinator of the Utah Sate Office of Education’s Chinese Dual Language Program. Dahl notes that her favorite part of these plans is suggested talk for both teachers and students, which helps young learners connect math concepts to relevant language describing their own experiences. The lessons also guide teachers in supporting students as they master story problems: first by teacher-modeling, then by asking students to supply a small amount of data, and gradually encouraging them to identify and organize the information in order to solve such problems themselves.

Another product that Talbot and Dahl have successfully introduced to support math in language immersion is Every Day Counts Calendar Math. Since Dahl herself is a former elementary school and language immersion teacher, she is sensitive to the practical needs of educators. She explains that teachers can easily adapt Every Day Counts activities into Chinese and integrate the pictures along with gestures to help novice learners grasp new words, concepts, and patterns. “It’s more than a calendar; it's a starter to your day,” Dahl remarks. “You can go over the weather, the colors, the shapes. It’s great because it’s routine.”

When combining math and Chinese immersion, teachers (and parents or tutors) should be mindful of the disparate ways these languages treat certain concepts, and the confusion this can create for students. For instance, when speaking about fractions in Chinese, the denominator is identified first, followed by the numerator, a pattern that is inverted in English. For large numbers, the groupings are different, with Chinese building on 万 or “ten-thousand,” while English uses multiples of one-thousand.

These impediments are minor, however, and are outweighed by the fact that Chinese is particularly literal when describing math concepts. Ping Peng, Chinese immersion department chair and second-grade teacher at Minnetonka Public Schools, points out that the word for pentagon, for example is 五 边形—“five side shape”—while “adjacent angle” is 邻 角, or “neighbor angle.” Peng claims the way the Chinese language treats math concepts is a factor in the measureable advantages in math proficiency that both native speakers as well as learners of Chinese as a second language enjoy.

At Minnetonka Public Schools, Peng and her colleagues, first-grade immersion teachers Tingting Mei and Jing Zhao, integrate the Shu Xue Chinese mathematics book (the standard elementary math textbook used across mainland China) with Everyday Mathematics, and use Math in Focus as a supplementary resource. They leverage story problems to achieve language goals, such as how to describe speed and direction, as well as temporal and spatial relationships, and they also give students variations on problems to ensure that concepts are fully understood and mastered.

This kind of cross-checking is what ultimately makes the fusion of Chinese-language and math so effective. Yet, as educators in Utah and Minnesota demonstrate, success is also the result of painstaking selection of resources and application of pedagogical approaches. “Are you a language teacher? Yes, you are. But you are also a content teacher,” Talbot advises. “You have to be smart about marrying those two pieces.”

This article was based on a session from the 2013 National Chinese Language Conference.