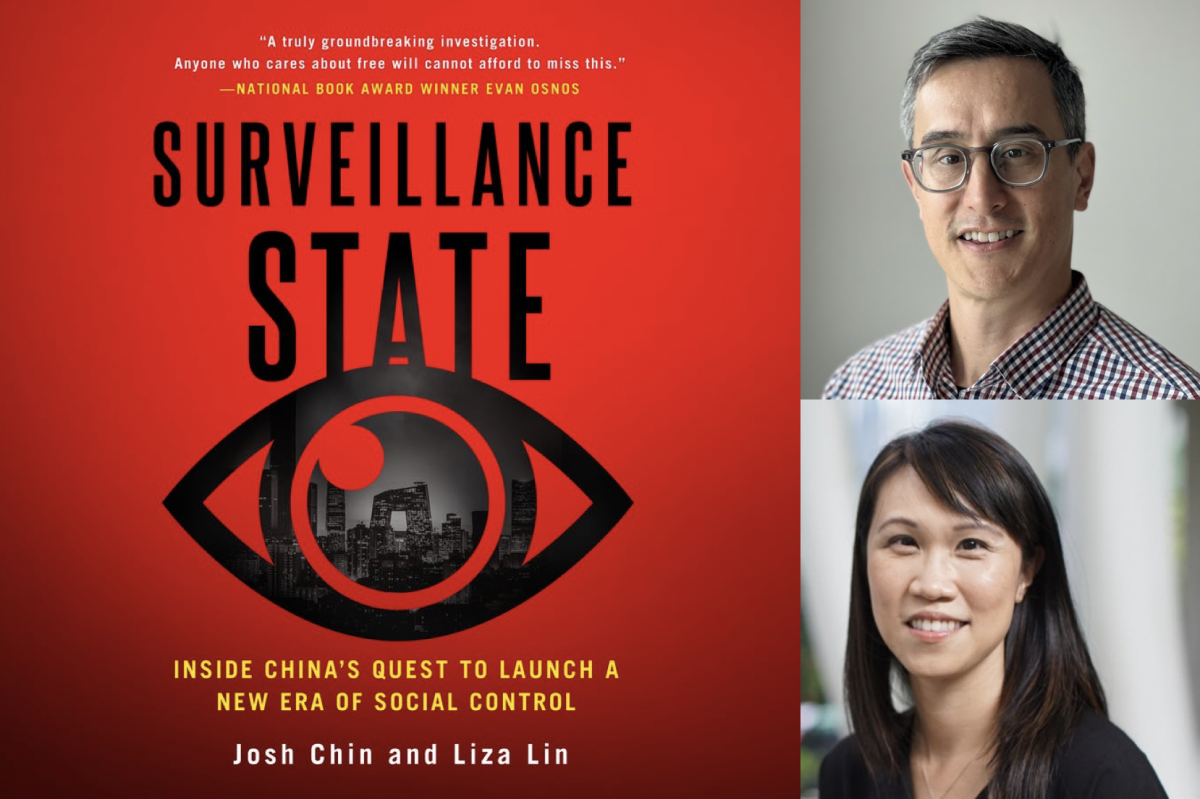 China’s Communist Party is building a new kind of political control through collecting and harnessing personal data, from facial recognition to personal genomes to digital footprints, through AI and other forms of surveillance. Award-winning Wall Street Journal journalists Josh Chin and Liza Lin explore the contours of this new social control, and how it may yet expand, in their new book Surveillance State: Inside China’s Quest to Launch a New Era of Social Control. To hear what they found, and what it might mean for the world, join them, in conversation with Orville Schell, the Arthur Ross Director of Asia Society’s Center on U.S.-China Relations. They will be joined by ChinaFile Senior Editor Jessica Batke, whose own reporting on China's surveillance infrastructure, together with the German Marshall Fund's Mareike Ohlberg, can be found here.

Josh Chin is Deputy Bureau Chief in China for the Wall Street Journal. He previously covered politics and tech in China as a reporter of the newspaper for more than a decade. He led an investigative team that won the Gerald Loeb Award for international reporting in 2018 for a series exposing the Chinese government’s pioneering embrace of digital surveillance. He was named a National Fellow at New America in 2020 and is a recipient of the Dan Bolles Medal, awarded to investigative journalists who have exhibited courage in standing up against intimidation. Surveillance State is his first book. Born in Utah, he currently splits time between Seoul and Taiwan.

Liza Lin is an award-winning journalist for The Wall Street Journal based in Singapore. Fluent in Mandarin, she has covered the region for almost 15 years, with eight of those years spent in Shanghai. She was part of the Journal team that won the Loeb Award in 2018. She also contributed to the newspaper's coverage of Chinese leader Xi Jinping that was named a finalist for the Pulitzer Prize in International Reporting in 2021. She has won numerous accolades from the New York Press Club and the Society of Publishers in Asia. Liza is a former Fulbright Scholar, and Surveillance State is her first book.

Orville Schell (moderator) is the Arthur Ross Director of the Center on U.S.-China Relations at Asia Society. He is a former professor and Dean at the University of California, Berkeley, Graduate School of Journalism. Schell is the author of fifteen books, ten of them about China, and a contributor to numerous edited volumes, including The New Yorker, The Atlantic, The New York Times, The Nation, and The New York Review of Books. His most recent book My Old Home: A Novel of Exile, was published in 2021. Schell worked for the Ford Foundation in Indonesia, covered the war in Indochina as a journalist, and has traveled widely in China since the mid-70s.