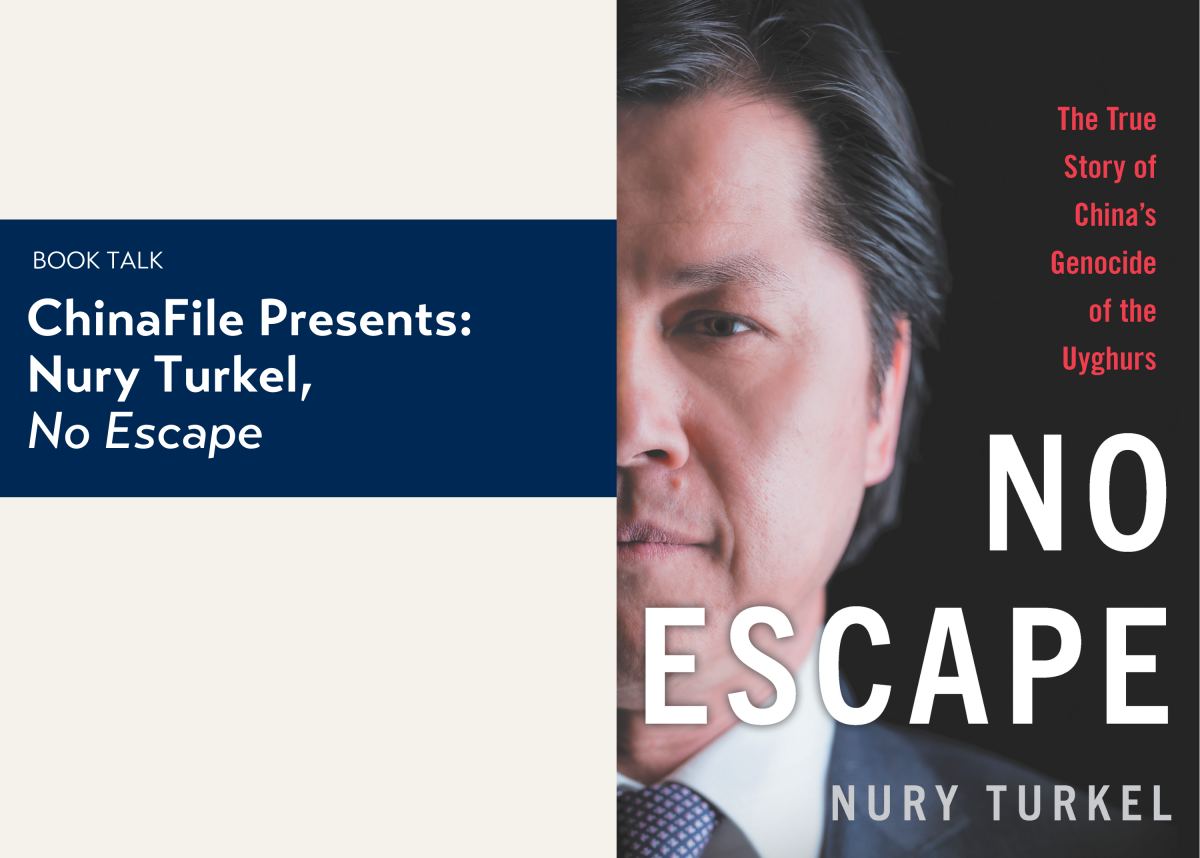 A major human rights crisis is happening, right now, in China. Uyghurs and other Turkic peoples, if not forcibly held in camps, prisons, or factories, live under constant watch by the state. They forgo longstanding cultural traditions and religious observances in fear of being detained; many have cut off communication with loved ones overseas for the same reason.

Through his personal story—his birth in a re-education camp in China, his journey to the United States, and his career as a lawyer and activist—Nury Turkel highlights both the past and present of this crisis.

Join him in a conversation with ChinaFile Senior Editor Jessica Batke.

Nury Turkel is a lawyer and Uyghur rights advocate. He holds a Master of Arts in International Relations and a Juris Doctorate from the American University in Washington, DC. Turkel is currently a Washington, D.C.-based attorney and Chairman of the Board for the Uyghur Human Rights Project (UHRP), which he co-founded in 2003. He also serves as the Chair of the U.S. Commission on International Religious Freedom. In June 2021, the Notre Dame Law School Religious Liberty Initiative honored Nury with the first Notre Dame Prize for Religious Liberty. He has successfully represented over 150 Uyghur political refugees with their asylum applications in the United States.