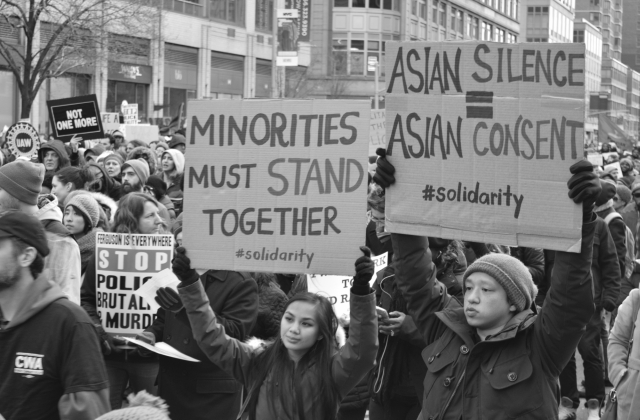 An open letter written by the New York Times editor Michael Luo to a white woman who yelled a racist epithet toward him on a New York street — followed by a video featuring several Asian Americans recounting similar experiences — has sparked a lively discussion in the past week over anti-Asian racism in the contemporary United States. But the video's exclusion of Americans of South and Southeast Asian origin rankled E.J.R. David, a Filipino-American and professor of psychology at the University of Alaska-Anchorage.

"The video gave me this sense of invalidation," David, who has studied racism extensively in his career, told Asia Blog. "I didn’t see my people in there."

In response, David and four collaborators published an open letter of their own in The Huffington Post criticizing the Times — and other organizations — for failing to show equal representation of so-called "brown Asians" in discussions of Asian Americans:

Even though we compose more than half of the Asian Pacific Islander population, even though we have been in these lands now called the United States since 1587, and even though many of us trace our roots back to lands that are affected by U.S. colonialism and imperialism, we still don’t belong. We’re still forgotten. We’re still not Asian American, let alone American. It’s one of the reasons many brown Asians do not identify as Asian Americans. Perhaps we just don’t feel connected to East Asian people, cultures, and lived realities. Perhaps we also don’t feel welcomed and included.

According to U.S. census data from 2010, there are over 17 million Americans of Asian origin — around 6 percent of the national population. Of this number, roughly 7 million identify as Chinese (including Taiwanese), Japanese, or Korean. An equal proportion of Asian Americans claims Indian, Filipino, or Vietnamese origin. Yet according to David, these latter groups are often disassociated from popular perceptions of Asian Americans — except when convenient. He told Asia Blog:

Filipinos and other non-East Asians get pulled into the Asian American umbrella when we’re needed. When they need to destroy the “model minority” myth, they point to Southeast Asians and say, “look at how many Southeast Asians are struggling!” When we talk about experiences of racism or Islamophobia, they bring in the South Asian experience. When they talk about issues of colonialism, then they bring in the Filipino experience. In a way, I feel used.

One explanation for the divide that David cites is the wealth gap between the Asian countries themselves. China, Japan, and South Korea are among the continent's most economically successful countries. Many South and Southeast Asian countries are comparatively poorer, however — something that David feels confers unwanted stereotypes on Americans who trace their origins from there. "We're often perceived as mail-order brides or domestic workers," he said.

In an online chat organized by the Times to discuss racism against Asian Americans, Luo explained that the video's exclusion of "brown Asians" was not intentional. "[The story came together] very quickly and involved reaching out to people who commented on Twitter, Facebook and on the Times site. We contacted a broad range of Asian Americans but in the end, only a subset got back to us. And that, unfortunately, did not include any South Asians and only one Filipino. That caused a bit of an outcry. It raises a legitimate issue, of course, one about how 'brown Asians' often feel excluded from the Asian American conversation."

Journalist Anand Giridharadas discusses his book The True American, which explores the aftermath of a violent encounter between a white supremacist and a Bangladeshi immigrant to the U.S., at Asia Society.

Anand Giridharadas, an Indian-American author whose 2014 book The True American: Murder and Mercy in Texas explored a series of racially-motivated murders against Asian Americans, agreed with Luo that the criticism is fair — but not the only consideration.

"I sometimes think that some of us can be insufficiently discriminating in these kinds of criticisms," he wrote in the chat. "There is real hatred, internment kind of hatred, out there right now. And sometimes the headcount of representation at well-meaning institutions gets more billing than, in my view, the more serious issues of life and death and freedom."

In an email to Asia Blog, David criticized the Times' decision to publish the video despite not securing equal "brown Asian" representation, calling it "the definition of disregard." But he nevertheless says that he isn't picking on the newspaper. Instead, he calls their recent exclusion of "brown Asians" — however well-intentioned — merely symptomatic of a broader trend in society. "We’re not invalidating people’s experiences," he told Asia Blog, referring to Americans of East Asian descent. "They’re real, they’re painful, and we feel them on that. But why can’t they feel us on ours? When we say that brown Asians exist, we’re not trying to say that all Asians are brown."